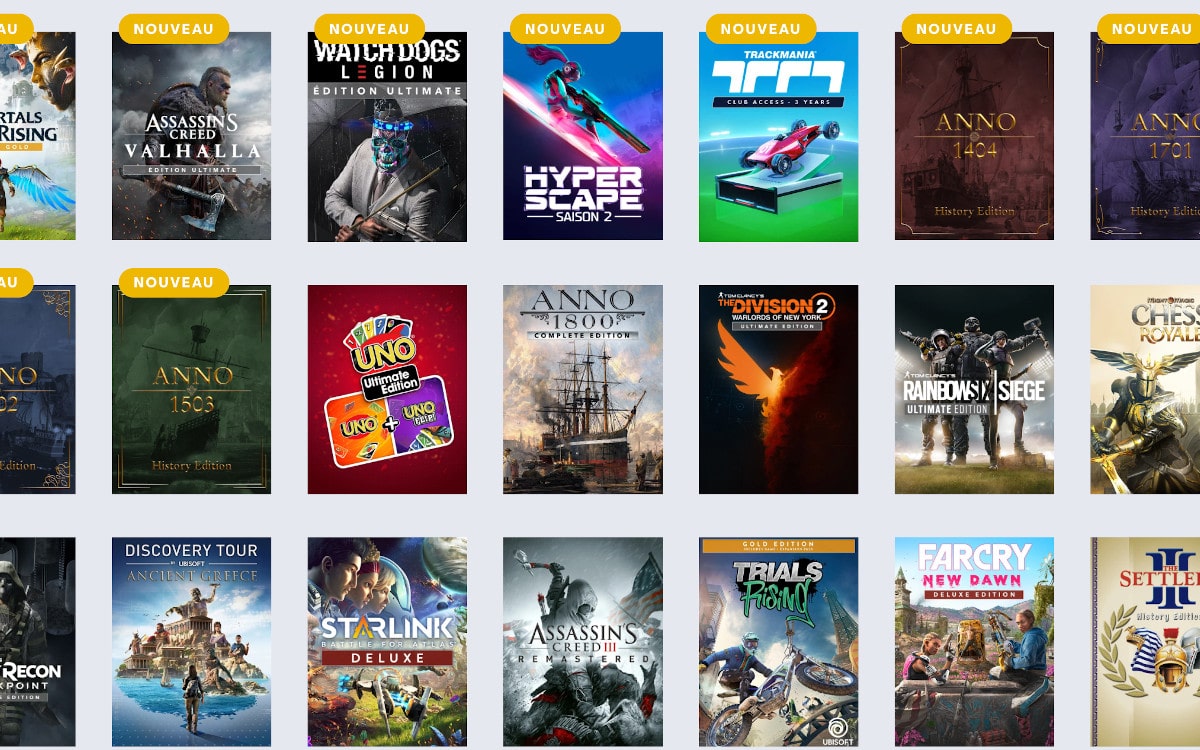 Several rumors, launched by blogs and Anglo-Saxon journalists, affirm that Microsoft could soon announce the arrival of the Ubisoft + catalog in the Xbox Game Pass. A considerable addition that would complete an already dithyrambic offer. But is it really possible? Here are our arguments “for” and “against”. And above all, our hypothesis!

The Xbox Game Pass offering, including the Ultimate plan, is clearly the best video game subscription right now. For 10 euros per month, you have access to over 100 games available on demand, including Microsoft Game Studios titles on launch day. And if you add 3 euros, you also have Xbox Live Gold (and the games offered with), access to xCloud (which works particularly well) and all of the titles EA Play, which were added only a few weeks ago.

Xbox Game Pass Ultimate is clearly the best gaming bliss box. And she will certainly get richer in the near future. However, if you look carefully at the catalog of games available, you will only find very few Ubi Soft games there. Rainbow Six Siege is the only one that we came across among the major licenses. NoAssassin’s Creed or from Watch Dogs. No Ghost recon or from The Division. Not far cry or from South park. In short. Not much.

However, several insistent rumors affirm in recent days that Ubisoft could make a sensational entry into Xbox Game Pass. You will find in the source link one of the blogs that discuss this possibility. And you will find below the tweet of the Windows Central journalist in charge of Xbox news (and who certainly has some internal contacts at Microsoft). But there are many other reporters of these rumors.

I think this has a strong chance of being true, based on stuff I’ve heard.

According to these rumors, Microsoft could therefore sign a partnership with the French publisher to integrate Ubisoft + into Xbox Game Pass. Just that. As a reminder, Ubisoft +, formerly Uplay +, is an “all-you-can-play” subscription, like Xbox Game Pass or EA Play. You play as many games as you like in the catalog (until the game is no longer available). The price is 15 euros per month (i.e. more expensive than the Ultimate Pass). And it allows you to play a hundred games on PC or on Stadia, thanks to a recent partnership between Ubisoft and Google.

Arguments for and arguments against

Should we believe these rumors? We have arguments “for” and arguments “against”. Let’s start with the “pros”. Microsoft may well want to add more content to its Game Pass Ultimate offering, at the risk of increasing the price a bit. It is obvious that the strong licenses of Ubisoft would be a considerable advantage, after adding those of EA Play (Battlefield, FIFA, Star Wars, Sims, Crysis, Dead Space, etc.). This would allow Microsoft to increase the attractiveness of its offering, and, by extension, that of its pair of consoles.

Ubisoft could also benefit from integrating its games into Xbox Game Pass, particularly in terms of visibility and monetization of its catalog stock. Like Electronic Arts, Ubisoft could rekindle the interest of console gamers in its slightly older titles. We think of the first Watch Dogs for example, or some Assassin’s Creed games, like Syndicate, Unity or even Origins.

Here are the arguments “against”. First of all, there is a question of cost. Ubisoft + costs 15 euros, while the price of the Xbox Game Pass is 13 euros. Xbox gamers would therefore pay less for more. The problem does not arise with EAPlay: the Electronic Arts subscription costs only 4 euros per month. In addition, Xbox Game Pass Ultimate works on console as well as PC. There is therefore a risk that the Ubisoft + subscription will be swallowed up by the Xbox Game Pass.

It’s possible if Ubisoft chooses what it wants to bring

How to reconcile the two points of view? By adopting a strategy similar to that of Electronic Arts. Ubisoft could agree to join Xbox Game Pass Ultimate with a hybrid strategy, choosing the services and games. Explanations. Ubisoft might not entrust the latest innovations in its catalog (like Valhalla, for example) to Game Pass. The publisher could thus reserve them for holders of its own subscription, who can play on PC, on Stadia, with the DLC. On Xbox Game Pass, you would find recent games (but not too many), new ones being available for purchase.

Another possible option is that you could only play Ubisoft titles on console, but on PC. And you wouldn’t be able to play on xCloud either. Games in the EAPlay catalog are also subject to these two restrictions. So you have two almost complementary offers : Xbox Game Pass, with older games and console access (without cloud gaming); and Ubisoft +, with the entire catalog (including new features), DLC, PC and cloud access thanks to Stadia.

So that’s our hypothesis. What do you think ? What’s yours ? Please feel free to share your thoughts on this rumor with us in the comments.