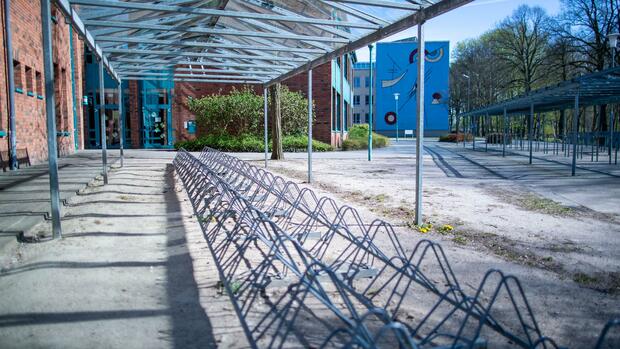 If there is anything good in the corona crisis, it can often be read these days that it is: The virus restores lost trust in the state. Corona is perceived not as a result of a loss of state control, but as a successful attempt to regain state action against the destructive powers of a virus. Corona, for example, is revising the loss of confidence from the refugee crisis, says political scientist Ivan Krăstev.

In health and economic policy, politics actually shows its best crisis mode side. When it comes to education policy, daycare centers and school closings, on the other hand, politics does not demonstrate strength, but well-calculated irresponsibility so that it cannot be held politically accountable.

Millions of Corona-drained families have been living under a bell of uncertainty for months about whether they can reconcile family and work tomorrow. The relationship of trust between the state and families experiences a deep crack.

It is not about the daycare and school closings at the beginning of the pandemic. Corona was a new type of virus, the last major pandemic 100 years ago. Nobody knew how to deal with such a situation. On the premise of protecting as many lives as possible, the closure of educational institutions was the only way, and families fully understood this.

However, they no longer understand if, following a local expansion in the Tönnies meat factory in the Gütersloh district, schools and daycare centers are closed reflexively as a first measure, although studies meanwhile suggest that the little ones are not the big virus throwers.

There is also a lack of understanding among parents that the education ministers, who otherwise like to govern schools with every little thing, duck away in corona times and delegate almost all responsibility to school and daycare leaders in the relaxation phase as well as in the “new normal”.

The impression of an arbitrary educational policy runs like a thread through the corona crisis. When the first easing steps were taken in April, the political decision on how long schools and daycare centers should remain closed suddenly suddenly depended heavily on an opinion of the “Leopoldina”, an academic society that most had never heard of before.

From this report, parents then learned that schools and daycare centers for the youngest children should remain closed until August 1st – a demand that had never been seen before, and that left politics without any classification for days.

So the first easing of the hard lockdown was decided in April, but kindergartens and schools remained completely tight for now. Unfortunately, in the weeks before, politicians had forgotten to come up with an opening concept for the phase after the lockdown.

While children should be largely denied normal life for a long time to come, Bavaria has meanwhile been discussing the opening of the beer gardens again. Until then, if families had asked themselves where they were on the political priority list, at the latest now they knew: at the very last. And that despite the fact that with homeschooling, childcare and home office in the corona crisis they have to bear the greatest burden after the employees in the health sector.

When daycare centers and schools opened slowly earlier, the regulations were so chaotic that nobody saw through. To whom does the definition of systemically relevant professions apply? Can you be sued if you register your child for emergency care despite a person in the home office? What are the exact specifications for cold symptoms?

While some institutions quickly brought the business back up, other children played catches with themselves due to the lack of playmates. Anyone who asked five kids in a playground how many hours they were currently going to school received five different answers that were far apart.

The small-scale education policy between the federal states was finally driven into the absurd in the corona crisis and extended to every single day care center and every single school. The new benchmark in the envy society was no longer the salary, but the number of hours of care and schooling for children from neighbors and work colleagues.

Even so many billions for a children’s bonus, better daycare centers or digital schools will not restore the broken trust relationship so quickly. Because no digital package with great whiteboards brings anything if politics has no suitable concepts for schools and daycare centers – and thus does not even ensure the level of planning security for families that would be possible and especially necessary in times of Corona.

More: The absence of instruction due to the corona pandemic will have long-term consequences. But there are first concepts of what the school of the future could look like.