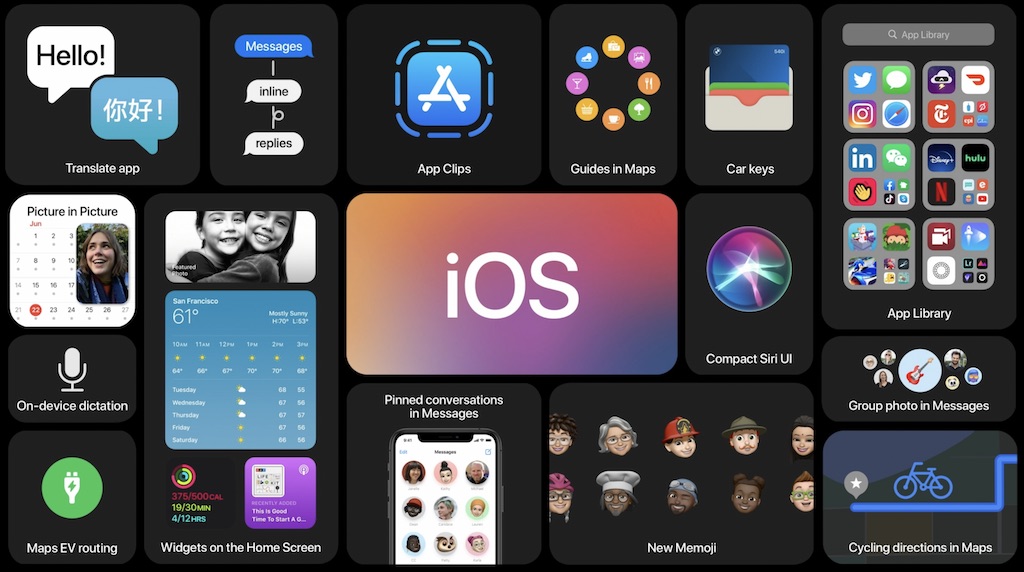 Apple gave a first look at iOS 14 last night. The biggest innovations were presented on stage and we have summarized them here. Since then, however, there is still a lot of information pattering on us that needs to be sorted. Little by little, further innovations will become known that the upcoming iOS update will bring. Presumably new features will be known in the coming weeks and months.

We use the article to present you further highlights of iOS 14. 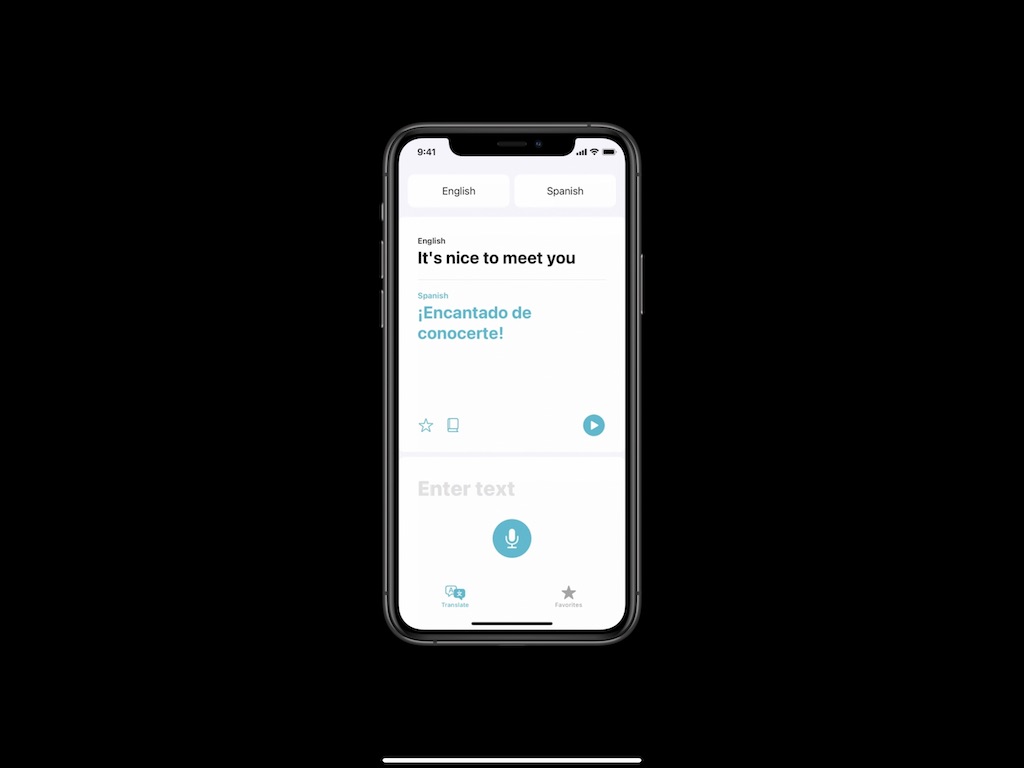 Translate is designed as the best and easiest app for translating conversations and offers fast and natural translation of language and text between eleven different languages. The on-device mode enables users to use all functions of the app offline. 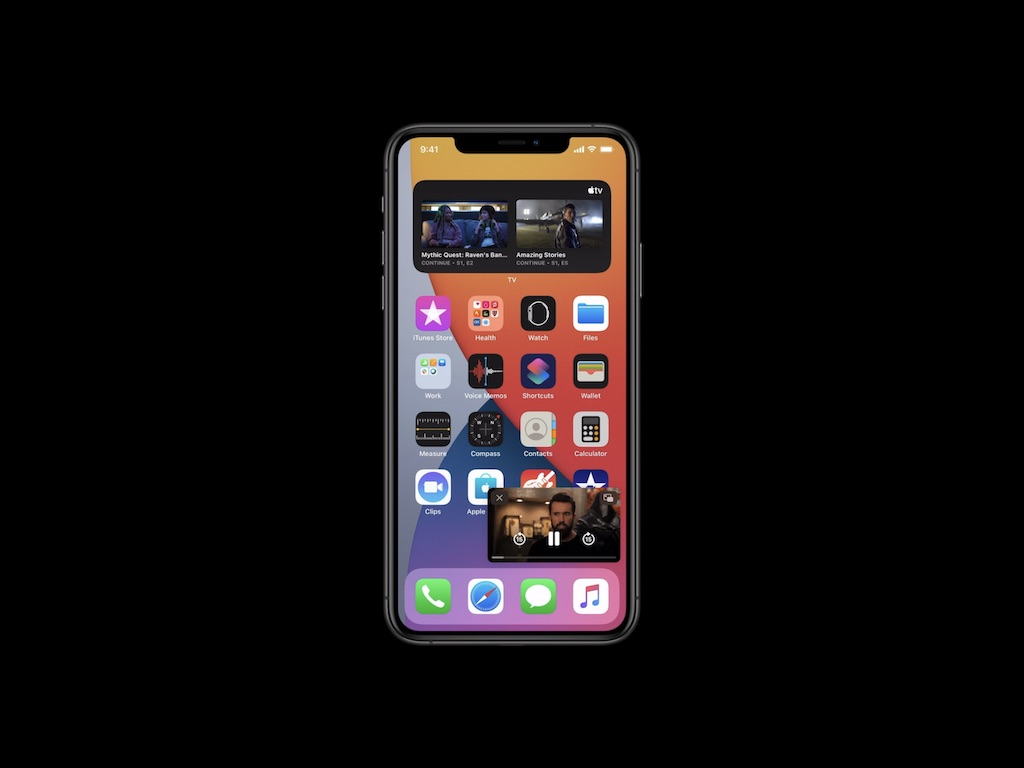 Picture-in-picture on the iPad is an “all shoe”. Now Apple is also introducing this function on the iPhone. With picture-in-picture support, iPhone users can now watch a video or answer a FaceTime call while using another app.

IOS 14 gives you the opportunity to search for emojis. Just like on the Mac.

Messaging is central to communicating with friends and family, and now it’s easier to stay connected and access important messages quickly. Users can pin conversations at the top of their message list, easily keep up to date with lively group threads through mentions and so-called inline replies, and further personalize conversations by assigning a picture or emoji as a group photo. The new Memoji options in News stand for more integration and diversity with new hairstyles, head and facewear and more.

If an app on iOS 14 asks that you release the Photos app, you can grant the app access to individual photos

The Apple Music app gets a redesign with a new “Listen Now” view. 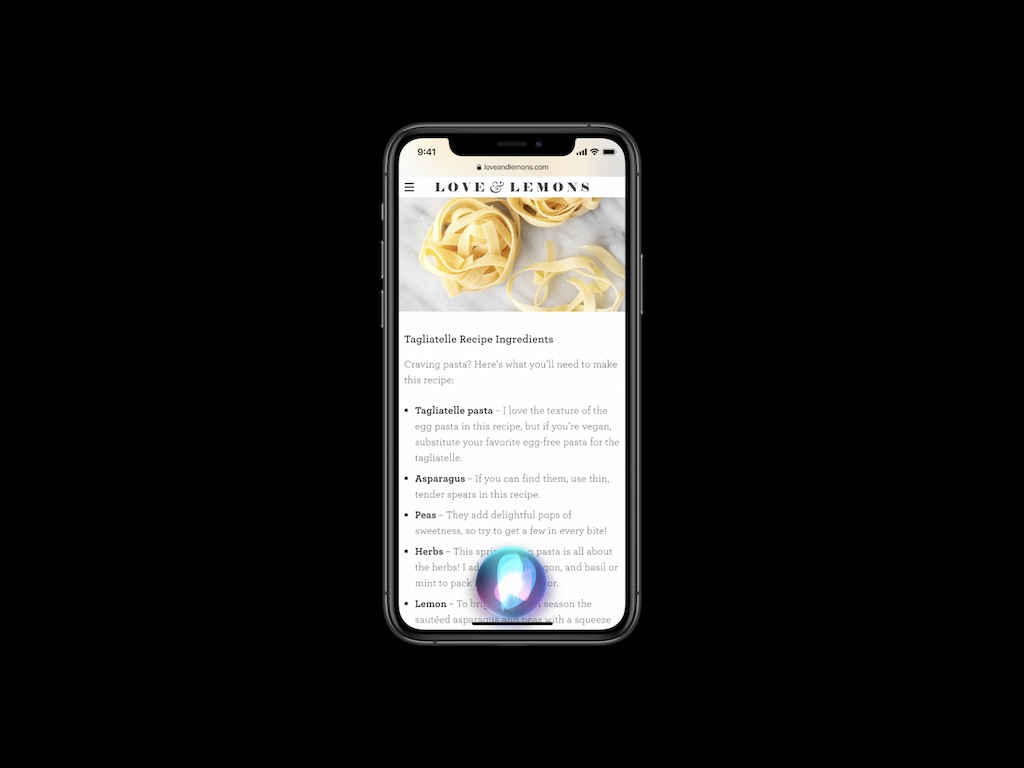 Apple also worked on Siri. On the one hand, Siri is getting smarter. Siri is expanding its knowledge and answers to complex questions that come from the Internet and can now also send audio messages. Dictation via the keyboard happens on on-device when you dictate messages, notes, emails and more. Interactions with Siri are given a whole new, compact design that allows users to stay in the context of what they are doing. If you call Siri, the entire screen is no longer blocked.

The weather app and widget keep users up to date on severe weather events and a new precipitation map for the next hour shows the precipitation every minute when rain is forecast.

There is a new function in the operating aids with which you can trigger a specific action by tapping the back of the iPhone. There is a “double tap” and a “three tap” to choose from. If you tap the back accordingly, you trigger an action (e.g. screenshot, shortcut, Siri, Home, control center etc.)

iOS 14 brings QuickTage, which was introduced for the iPhone 11 and iPhone 11 Pro (Max), to the iPhone XR and iPhone XS (Max). If you press and hold the photo trigger in the camera app, a video will be recorded.

As mentioned at the beginning, many more functions will appear in the next few days, weeks and months, which we will discuss separately from time to time.

With iOS 13, Apple had already tested the FaceTime “eye correction”. This optionally adjusts your eyes so that it looks like you are looking directly into the camera (and not next to it). However, this function did not make it into iOS 13. The whole thing is now made up with iOS 14.

Subscriptions can be shared with the family

With IOS 14, app developers can make their subscriptions available for shared use via family approval.