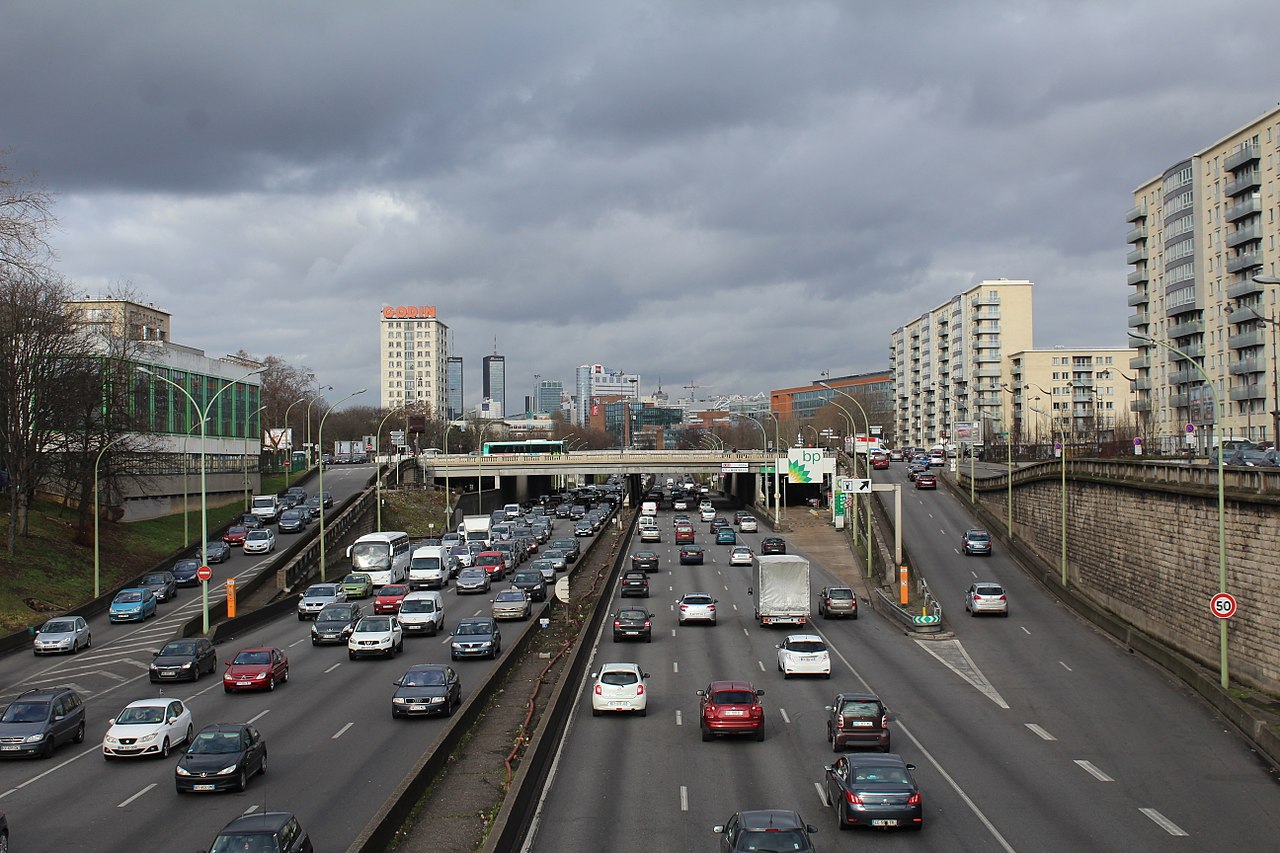 EPZs will become more and more part of the daily life of motorists in large (or even medium-sized) urban areas. Introduced to improve air quality, they impose traffic restrictions preventing the most polluting vehicles from driving there.

More than 230 European cities or metropolises have already adopted the principle of ZFE. In France, the Greater Paris metropolis has been using this system since 2015, which was reinforced in 2017 then in 2019, and lastly very recently since June 1, 2021. Grenoble and Lyon also use the ZFE, and other large cities French companies plan to do so in the course of 2021. Here is everything you need to know about the restrictions linked to EPZs as well as the Crit’Air certificate.

What is an EPZ?

An EPZ is a low emission zone, which we sometimes see under the name of low-emission mobility zone (ZFE-m). The principle of ZFE was created to protect the inhabitants of cities and metropolises where air pollution is high. In particular, agglomerations with a high population density are concerned. ZFEs replace ZCRs (Restricted Traffic Zones).

The objective is to encourage in these areas the cleaner vehicle circulation in order to improve air quality, it is not about banning cars altogether. Only certain categories of vehicles are authorized to drive in an EPZ under the conditions decided by the metropolis (at certain specific times, for example), the Crit’Air certificate being proof.

Why set up an EPZ?

On its website, the municipality of Paris targets four major points that an EPZ must make it possible to achieve:

EPZs are responding to a health emergency. In many French cities, regulatory thresholds and WHO air quality recommendations are regularly exceeded, thus endangering the health of residents. According to the French Public Health agency, approximately 6,600 premature deaths per year could be avoided on the sole territory of the metropolis of Greater Paris with the introduction of measures to improve the quality of the air we breathe.

The process of creating the EPZ system in France has accelerated following the warning to France by the European Commission for exceeding the limit values ​​for nitrogen dioxide and fine particles. The State Council then put pressure on the government to react quickly to the issue. The Mobility Orientation Law of December 2019 makes it compulsory to set up an EPZ in areas where air quality does not meet established criteria.

In which cities is there an EPZ?

To date, three agglomerations have set up a low emission zone on their territory:

But in 2021, the trend will sharply accelerate with the creation of new low-emission mobility zones in large cities across France:

Many of these cities had planned for the EPZ to come into effect on June 1, 2021 or earlier, but it was ultimately postponed. In certain cases, as in Nancy, the ZFE is preceded by a differentiated circulation.

The establishment of an EPZ is being studied by other cities such as Lille, Annecy, Reims, Clermont, La Rochelle or Saint-Étienne.

Which vehicles are prohibited from driving in an EPZ?

So what are the traffic restrictions imposed in EPZs? There is no absolute answer to this question since the rules change depending on the metropolis, which may grant more or less flexibility to motorists. Paris is much stricter than Lyon and Grenoble at the moment. In general, however, driving in EPZs is prohibited. unclassified vehicles as well as Crit’Air 5 and Crit’Air 4 vehicles at certain times of the day, sometimes with differences depending on whether it is the weekend or a public holiday.

Here is a brief reminder of the vehicles concerned according to the Crit’Air nomenclature:

From 2022, the ZFEs will be able to ban the circulation of vehicles classified Crit’Air 3, in particular for cars and light commercial vehicles registered before 2006 for petrol models and before 2011 for diesel models. And in 2024, it is (according to the announced schedule, which may be subject to change given the delays already noted) the Crit’Air 2 vehicles that will be targeted, i.e. cars and utility vehicles. light petrol registered before 2011 as well as all diesel vehicles excluding heavy goods vehicles, buses and coaches.

In the table below, you can find the details of Crit’Air certificates.

What are the risks of driving in an EPZ with a polluting vehicle?

The Crit’Air sticker is essential for driving in areas with low mobility emissions or on alternating traffic days. Any driver behind the wheel of a vehicle “not classified” or emitting too many atmospheric pollutants while an EPZ is in force is liable to penalties.

For heavy goods vehicles, buses and coaches, a fixed 4th class fine is foreseen. This amounts to 135 euros. It can be reduced to 90 euros or increased to 375 euros depending on the payment deadline.

As a reminder, a fine is reduced in the event of payment within 3 days after delivery of the notice by hand, or within 15 days if the report is sent to your home. A fine is increased if it is not paid within 45 days, or 60 days in case of internet payment.

Do not forget that the Crit’Air sticker is mandatory. In the event of absence, you risk a penalty, even if your vehicle does not pollute. Checks are carried out in EPZs to verify that vehicles comply with the restrictions put in place, but the authorities are currently giving motorists time to get used to the new standards. Violators are often warned, but are not fined. But from 2022, the sanctions will start to fall.

What exemptions for driving in an EPZ with a non-compliant vehicle?

Depending on the metropolitan area, exemptions may be granted in favor of professionals. In the metropolis of Greater Paris for example, certain categories of vehicles will not be affected by the restrictions of the ZFE until June 30, 2022. A little help for companies, many of which have suffered from the health situation . Here are the three cases represented:

Finally, for individuals, vehicles with a disabled parking card do not need to meet standards. The French Federation of Vintage Vehicles has also obtained an exemption from the Paris Police Prefecture for vehicles collection vehicles. To benefit from it, you must obtain a registration certificate (gray card) bearing the mention “Collection”. Among the criteria used to qualify a vehicle as “collector”, it must be over 30 years old, must no longer be produced and must not have been modified.

The Crit’Air sticker has been available since 2016 and as stated earlier it must be affixed to the windshield and is mandatory in EPZs as well as other restricted traffic areas. There are six classes of certificates, which also make it possible to determine whether a vehicle can benefit from favorable parking arrangements, privileged traffic conditions or be able to circulate when the prefect establishes differentiated circulation in the event of a pollution peak.

You can quickly find out what the environmental class of your vehicle is via this simulator made available by the government. To request your sticker, you must go to the air quality certificate issuance service of the Ministry of Ecological Transition. You will need to fill in a form and your registration card and once these steps are completed, you must go to the cashier. Because yes, the Crit’Air sticker is not free. It costs 3.11 euros, a sum to which must be added the postage costs bringing the total to 3.67 euros for a shipment to France.

The platform does not ask you for your postal address and sends the certificate to the address appearing on the registration document of the vehicle concerned, so make sure that it is up to date before launching a procedure. Once the sticker has been received, it must be positioned at the bottom right of the windshield.

What if my vehicle cannot drive in an EPZ?

Does your vehicle’s Crit’Air certificate prevent its access to EPZs? The government has introduced aid to encourage the purchase of a new, less polluting vehicle, new or used. These include the conversion bonus, subject to scrapping the old vehicle, or the ecological bonus. To find out more about this, we direct you to our article dedicated to the conversion bonus and the ecological bonus.