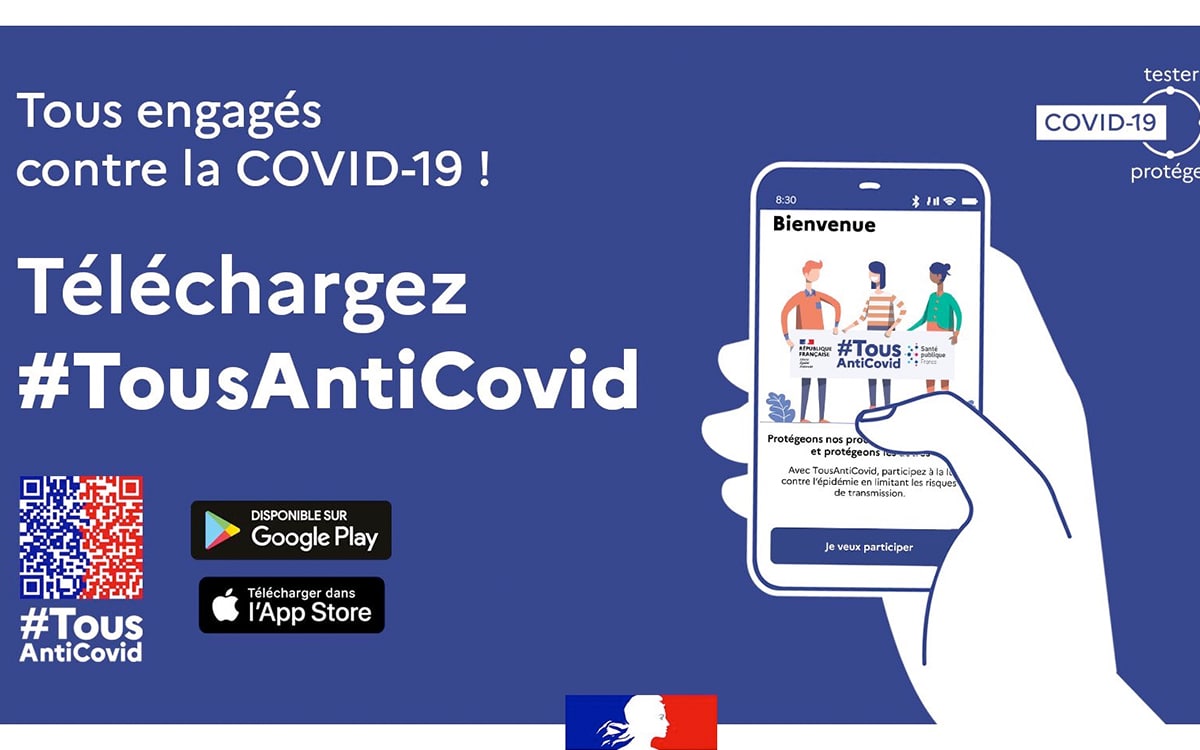 TousAntiCovid finally seems to have the success the government was hoping for. The contact tracing application to help fight COVID-19 has in fact been downloaded more than 1.2 million times according to Cédric O. The French solution however still remains strictly incompatible with similar applications in neighboring countries.

This time around, it looks like it’s the right one. While the first French contact tracing application has just been replaced by TousAntiCovid last Thursday – it seems that success is finally at the rendezvous. Cédric O, Secretary of State responsible for the Digital Transition and Electronic Communications, said on Sunday on his Twitter account that the application had been downloaded more than 1.2 million times.

And the trend seems to continue since then. After serial bugs on Thursday evening linked to an overload of the TousAntiCovid servers, we were indeed able to observe this Tuesday, October 27, 2020 that the application remained number 1 for downloads on the Google Play Store and the App Store :

It must be said that StopCovid, the first version of the contact tracing application, had, to put it politely, “a great margin of progress” to be up to the challenge against which it had to fight. That is to say, allow people to live with the virus, without constantly forcing the country to adopt restrictive measures such as confinement or curfew, because of which citizens must complete a new certificate to leave their homes after 9 p.m.

In addition to various bugs, which prevented some smartphones from recognizing contact cases, StopCovid suffered from disastrous communication. From respect for privacy, through the use of a Franco-French solution rather than relying on turnkey APIs designed by Google and Apple for their platforms – even though it is the choice of neighboring countries and that France has pleaded from the start for a wide pan-European compatibility – everything seemed done to discourage the French from installing it.

What make some say that StopCovid was a bitter failure. However, if it fixes a few bugs and is now more complete with useful information that encourages users to consult it more often, many of StopCovid’s flaws are still there. TousAntiCovid remains in particular rigorously incompatible with the APIs of Google and Apple as well as with all similar applications in Europe.. You should therefore always remember to download the application of the country you are visiting when you are traveling.

Read also: Apple and Google now integrate contact tracing in their OS to fight against the coronavirus

We note that France could have saved itself some difficulties by getting closer to its neighbors and to the European Commission. This indeed recommends a solution that protects privacy and that can lead to broad interoperability. Germany, Italy and Ireland have implemented it, which allows the applications of these countries to be compatible with each other …