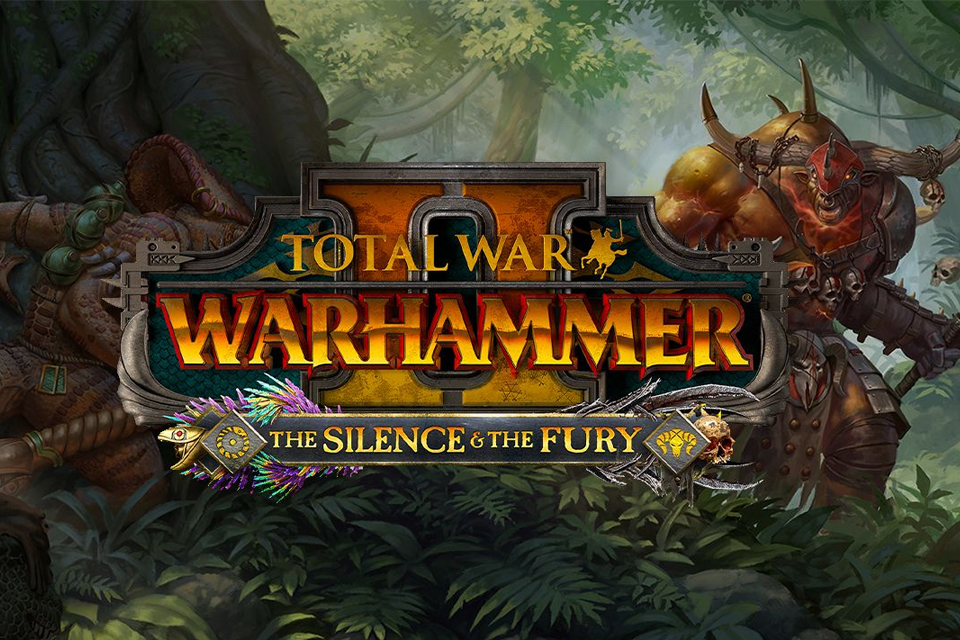 In 2017, we started the lasting cycle of excellent Total War: Warhammer II. We’ve reached 2021, and that phase ends with the release of the last DLC for the game. Developed by Creative Assembly and published by mow, The Silence & The Fury features new mechanics and legendary lords.

the franchise total war managed to reinvent itself and come to life after joining the world of Warhammer. The 1st title came out in 2016 and was very well received by the specialized critics. A year later, the 2nd edition was released, considered unnecessary by players.

the plot of Warhammer it turned real battles into a setting of pure fantasy and also brought ingredients that brought one of the most enjoyable titles to life. He managed to masterfully blend his entire universe in a game of strategy and real-time battles.

Over these 3 years of fun, many expansions were released, such as the excellent Rise of the Tomb Kings and Mortal Empires, until then, “the icing on this cake”. The Silence & The Fury arrives to end in the best possible way the excellent cycle of the 2nd edition of the game.

The Silence & The Fury is the biggest and best update ever made for Total War: Warhammer II. Not only for the large number of new lords, but also for updating important Old World stories. The expansion brought a very interesting revision to the Beastmen and Dwarf races, significantly modifying their campaigns and game mechanics, making the factions more playable and with the respect they really deserved since the beginning of the saga.

The DLC has new units to vary its gameplay and two new lords. The first of them is Taurox, which represents the Beastmen. His story is related to the achievement of Secret Sanctums It’s from heart of darkness. In contrast, we have the second lord, Oxyotl, who represents the Lizardmen. He will be key to preventing the conquest of the two regions mentioned above by the Beastmen. The detail is down to Taurox’s strength, which can be unstoppable when using its special power called Momentum. For each battle won, the player gains 1 point of this skill, and can lose it if he retreats or loses a fight.

The skill is intertwined with another feature, called Rampage. At every level of Rampage acquired, it is possible to spend a Momentum, which gives speed to accomplish achievements on the map.

Simply put, it would be a way for the player to recover their action points on the map, making the other factions have no reaction time — but don’t think it’s easy to acquire this power. It will be necessary to get along, especially when the hordes are still at the beginning of the campaign. Lord Oxyotl of the Lizardmen has an ability similar to the Skaven, one of the most annoying enemies in the game. They sprout like weeds everywhere, no matter how much the player thinks he’s already defeated them all.

Fast trips are key to taking a step forward in strategy against a theoretically stronger opponent. Another interesting factor is that one can predict where Chaos units will attack. It’s worth remembering that there is an exception to the rule regarding Oxyotl’s fast travels: if the horde is in a siege, it won’t be allowed to move fast—sort of logical, but let’s make it clear. Oh, and there’s another very important factor to be discussed: even if the gamer enters an enemy’s location on the quick trip, he won’t suffer diplomatic penalties for trespassing.

It is worth highlighting the fact that Creative Assembly has given a fair amount of attention to the Beastmen. This race has never received its due value in the series until today, it was always difficult to develop with them throughout the adventure.

With the changes in mechanics and especially in terms of hordes, it’s easier to win battles and have fun with them. I hope this will also continue when it comes to the third edition of the game, as it’s a class I’ve always liked. Too bad the update didn’t improve much in terms of optimization. Real-time strategy games start to “drink a lot” of the graphics source and, with the plethora of soldiers on the battlefield, it’s normal for the computer to feel the pressure.

Even having a stout computer, it is possible to notice the difficulties the game has to run consistently and satisfactorily. Thus, we have to remember that this item is fundamental for a good gaming experience. The Silence & The Fury is the big “icing on the cake” of these 3 and a half years of fun I’ve had in Total War: Warhammer II. A game that made me passionate about the fantasy universe Warhammer and that showed the possibility of correctly joining this ingredient to the universe of Total War.

And, for sure, it will generate more expectations for the continuation of the series, which is already scheduled to happen soon, by the great duo Creative Assembly and mow. so what Total War: Warhammer III come to the gaming world soon!

The Silence & The Fury has been kindly provided by Sega to carry out this review.