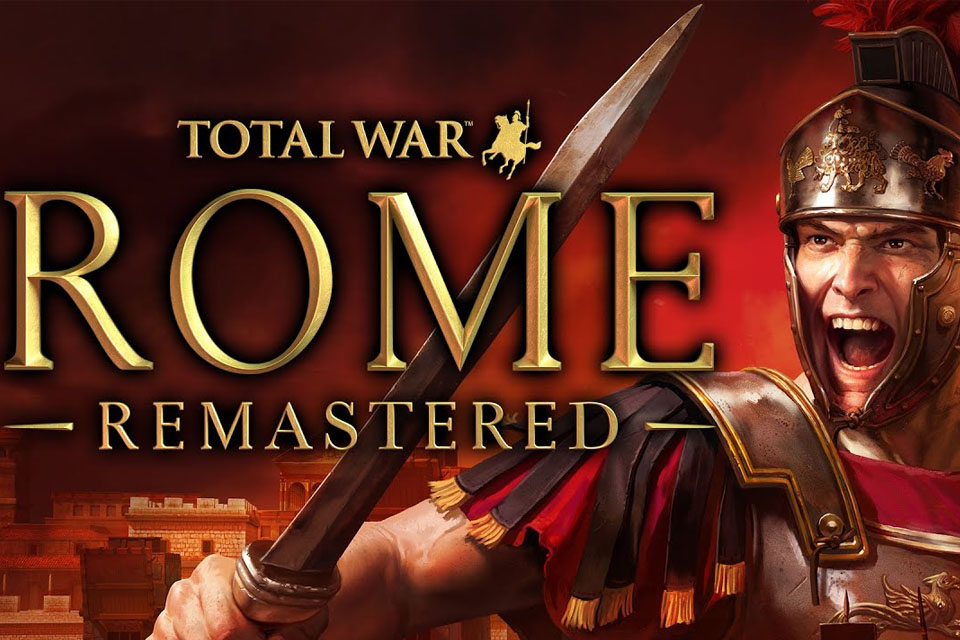 Total War has always been a real amusement park for those passionate about real-time strategy and city management. Whoever is a fan of the series, certainly enjoyed, until today, most of the releases of the franchise, which told different historical contexts of our life on Earth. Total War: Rome was one of the most striking over the years and has now received an updated version.

With a large part of its base maintained, Total War: Rome Remastered reached the market and can divide opinions, between the most nostalgic and the youngest in the series, who did not have the pleasure of playing the original title. Below I will tell you what I thought of this idea.

Much of the new inserts in the game refer to graphics, the flagship of all this new work done by Creative Assembly. But it is important to talk about the improvements and updates that the company brought to the new version.

What draws attention right away is the new number of factions available. You will be able to play with 16 new groups, in addition to the original 22 that were already in the game.

Only 3 are unlocked from the start. You will be able to have fun with the main forces of Rome, among them, the family Julii (most popular), Brutii (heart of the republic) and Scipii (aristocrats, produce politicians and generals).

In addition, it is possible to play with barbarians, Egyptians, Germanic tribes, Spanish and others. This range of options greatly increases the replay factor of the game, as each faction has unique characteristics.

Another great novelty in the game is the merchants. They can be considered a new type of agent. They create sales routes between regions and new settlements. But the main thing is to improve trade relations. They help to keep the economy healthier, bringing gold to the region’s development.

The company has improved the look of the game, bringing support for 4K resolutions and ultrawide monitors. They also added campaign overlays, a summary for each faction and information about the units that appear on the battlefield. The big difference compared to the last version is found in the graphics, especially the new 3D models. But I will be honest. It was not enchanted. Perhaps the problem was me, who expected something close to that found in Troy and Three Kingdoms.

Who is used to the games of the new generation of Total War you will find it very difficult to differentiate the troops. The molds used are very similar within the battlefield. The knights, spearmen and archers were very similar and this will bring an additional challenge when it comes to combat strategy.

If this factor is no longer crucial, there are still icons about your troop, which may even help when it comes to information, but they get in the way too much during the battle.

It is also worth mentioning the graphic implementations made in the environment. If the dolls do not correspond to the modernity of our time, the scenarios were very beautiful and gave meaning and immersion to everything we fantasized about in the original game. But again, if you compare it to the new titles in the franchise, the possibility of being frustrated is huge.

Although Total War focus on battles carried out by real-time strategy, much of Rome’s success has always been in logistics. I say this because every movement made on the map will have to be very well thought out.

It will be essential to create strategies in conjunction with your other cities so as not to go wrong. The famous global recruitment of cities, seen in the most modern games, is not present, very much diplomacy in the palm of the mouse.

Total War: Rome Remastered it is a denser game in this sense and can drive away players who are used to the latest titles, who have created much more of a smokescreen in these very important aspects already mentioned. Unlike the original game, the visualization of the information is much better to be seen. The maps have indicators responsible for showing relevant data to the players, so pay close attention to them. Can be crucial at the time of adventure

In fact, the guides are very complete and have been implemented within the game. The game has complete integration of the manual within it, delimiting functions and options. The bad note is for not translating into Portuguese, something that happened in the last games released in the franchise.

One of the big problems of Total War: Rome it has always been in its artificial intelligence and in the response of the commands. I imagined that the company would refine this aspect, but apparently it was not possible to find improvements.

Your troops have great difficulty in obeying commands, especially when an enemy appears nearby. As much as you insist on pressing the mouse button 50 times, forget it, it will not obey. 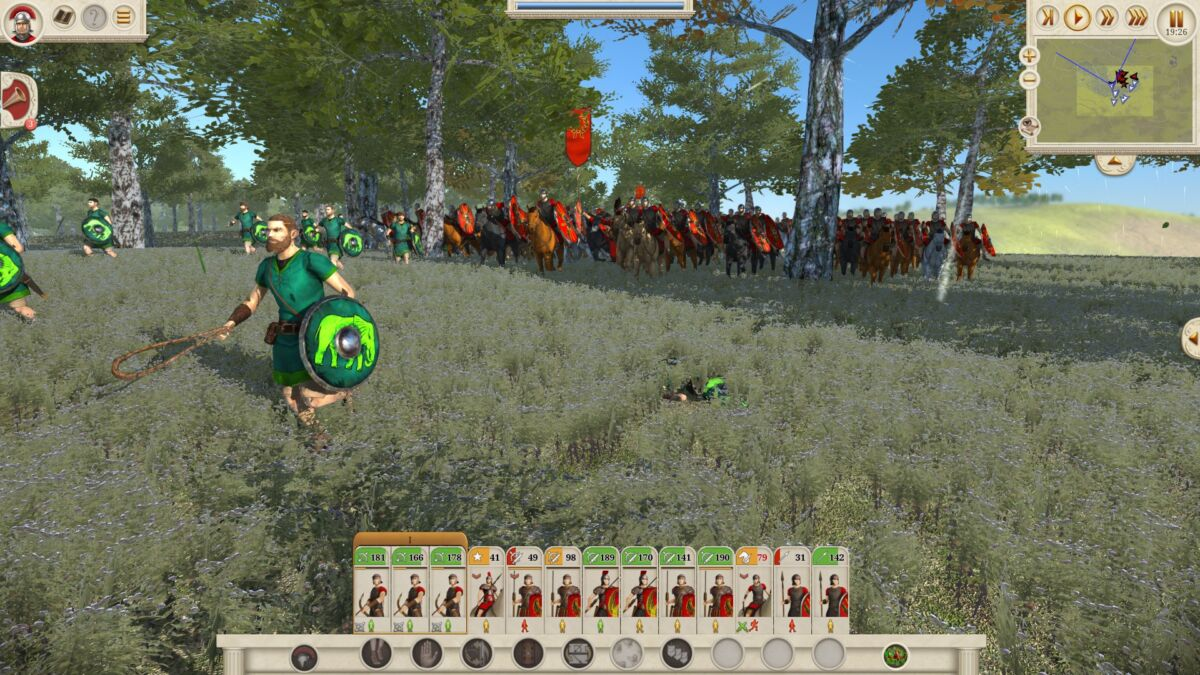 On several occasions it was possible to see troops standing in front of each other without action, demonstrating something that was commonplace when the original game was released. Unfortunately this ends up taking away a lot of the fun of the game.

It would be nice if the company could release updates to modify these problems and give a title a longer life that few newcomers to the series have had the opportunity to play in the not-so-distant past.

If the gameplay does not differ much, it is worth mentioning the optimization, which was impeccable. Even playing in 4K it is practically impossible to notice bottlenecks or drops of frames per second, something notorious in the original game.

Total War: Rome Remastered it is not a simple game. It is rooted in a past in which Creative Assembly he used the turn-based strategy harmoniously with battles in the form of RTS, which captivated thousands of players.

The company maintained this, which is a great merit. It’s a different way of looking at the franchise, especially for those who haven’t had the opportunity to follow the first games of the series closely. 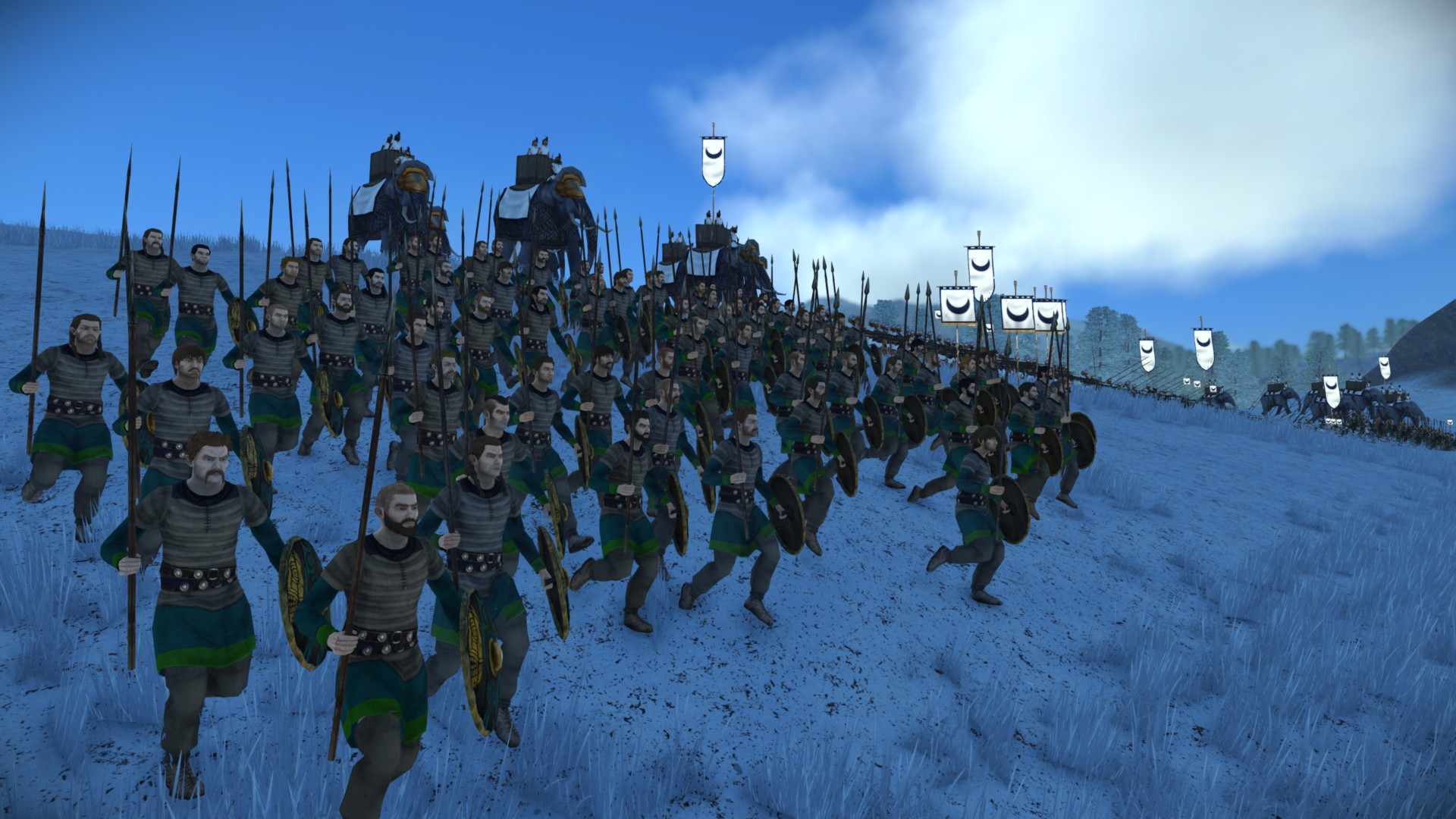 Whoever played the game at the time, for sure will be a little frustrated, especially those who imagined a big makeover in the original title. The fact that it was not translated into Portuguese also showed a lack of tact that the company had with Brazilians.

Regardless, it is worth a visit for a classic from the past that marked a generation of players passionate about strategy games and especially for fans of battles in RTS.