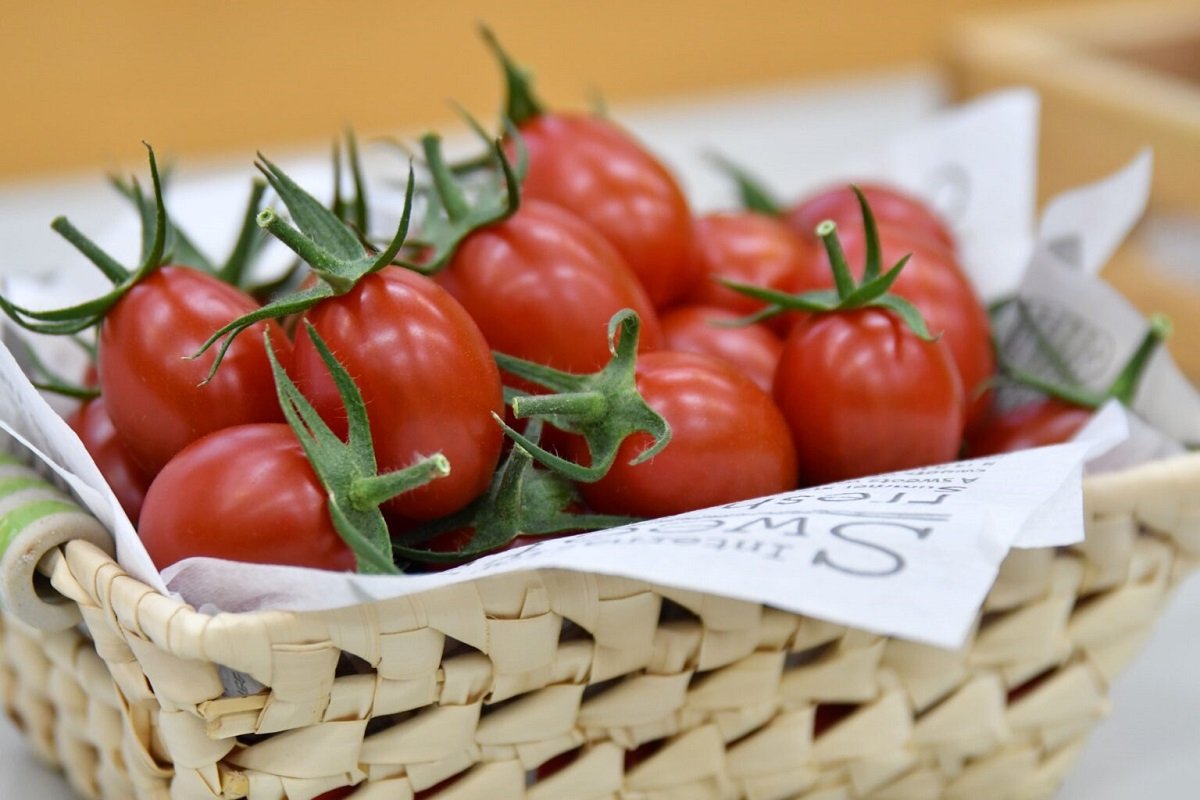 Gene editing via CRISPR/Cas9 has revolutionized science in many ways and has brought with it ethical debates about how far we can alter the natural evolution of things. A Japanese startup specializing in seeds bet on genetic editing of tomatoes — and it was successful. The first product offered was seeds, delivered free of charge to around 4,200 people. Now, they start selling their genetically modified tomatoes.

With the step, Sanatech Seed becomes the first company in the world to commercialize genetically edited foods with CRISPR, in partnership with Pioneer EcoScience. “Sicilian Rouge High GABA” tomatoes have been on sale since September 17 in Japan, and the companies intend to soon launch a puree made with the same product.

Tomatoes with the genome edited to have about five times more gamma-aminobutyric acid (GABA), which can prevent hypertension and reduce anxiety. The functional food was developed by the company in partnership with the University of Tsukuba, also in Japan.

GABA is produced by the human body and plays a key role in the brain and nervous system. Marketed as a dietary supplement, its benefits are debated by scientists — and a 2020 review of evidence concluded that GABA intake may have beneficial effects on stress and sleep.

In a statement to consumers, Sanatech Seed stated that it expects its products to be useful for people’s health. “We will continue our research and development under the concept of ‘for the children of tomorrow and for the Earth’ as ​​the first company to sell genome-edited products in Japan and genome-edited plant products in the world.”

“It is a very significant milestone for CRISPR foods,” said Nigel Halford, from Rothamsted Research (in the UK) – an institution that is one of the oldest specialists in agricultural research in the world –, in an interview with the British magazine New Scientist, about the beginning of tomato sales.

Here in Brazil, we have access to transgenic products in supermarkets, such as soy oil, for example — but no genetically edited food with the “scissors” CRISPR. According to research by New Scientist, Japan’s tomatoes really are the first food of its kind marketed in the world.

Jon Entine, do Genetic Literacy Project, an American non-profit organization, also told the magazine that, as far as they know, it is the first product of its kind that is marketed in the world. “Corteva’s CRISPR corn was released in Canada, but I have not heard that it was released,” said the researcher.

Gene editing changes the genetic code (DNA) that exists in an organism. Earlier forms of genetic engineering involved adding extra bits of DNA from other organisms—like soybeans getting DNA from another bean to make it more resistant. In some countries, foods produced using this method are not subject to the same rules as other genetically modified crops.

The authorities in Japan decided not to regulate Sicilian Rouge High GABA as a genetically modified food, which allowed it to advance its launch, which was initially scheduled for 2023.

Now the company is also studying the launch of tomatoes in other countries. The US Department of Agriculture has already confirmed that Sicilian Rouge High GABA will not be regulated in the same way as conventional genetically modified crops. The United Kingdom and the European Union would regulate the product as genetically modified — which makes its approval much more expensive and time-consuming.

It will probably take time for the product to be commercialized on a global scale and for us to see it around here. Would you eat genetically edited tomatoes?