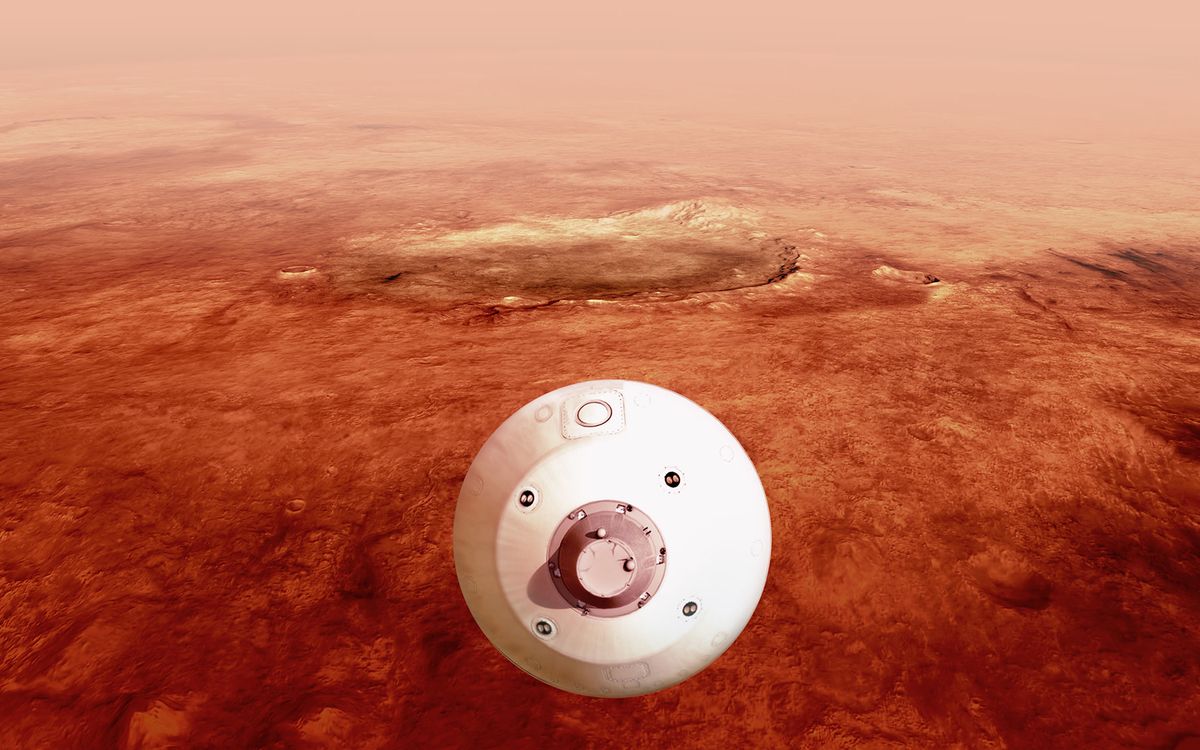 NASA will land its new rover on the planet Mars tonight: Perseverance. It will be possible to follow this perilous operation live. We tell you where, when and how. You can attend this historic event from the comfort of your own home.

It’s a historic day for NASA. The US space agency will land its new module on the planet Mars. This “landing” is a perilous operation in more ways than one. It will be possible to follow her live on the Internet and bite your nails for long minutes. The agency aims to make land the Perseverance rover, but also the Ingenuity flying drone which will be able to move in the Martian air. This is the first time that this type of vehicle will fly over the ocher soil of the Red Planet. The Perservance rover is the successor to Curiosity. In addition to being packed with cameras (including one made in France, the Super Cam), it has a very comprehensive arsenal of scientific tools to analyze the chemical composition of soil and air. The goal here is to determine if there has ever been life on Mars.

For this, NASA has chosen a very particular place on the planet: Isidis Planita, a vast region located a little north of the equator. Here she is aiming at the Jezero crater, and more precisely one of its edges. The goal is to bring Perseverance to a dry delta. The shape of the river can be seen in the relief.

The seven minutes of terror

The space agency module departed Earth in July 2020 and tonight is the big night. Landing a multi-ton module on a planet millions of kilometers away is a real challenge that borders on the impossible. The biggest obstacle is the distance and therefore the shifting of the controls, of the order of several minutes. Impossible to maneuver remotely.

The procedure is fully automated but will be scanned from Earth. The critical moment will come after 9:30 p.m. The probe will enter the Martian atmosphere and will have to go from 20,000 kilometers per hour to zero, all while withstanding extreme heat. A stage which is nicknamed “the seven minutes of terror” by NASA. It’s only at the end of those seven minutes that we’ll know if the multi-billion dollar operation is a success or if everything has gone up in smoke in hellish chaos. The answer will be given at 9:55 p.m., estimates the American agency.

Then, the module will have to “drop” the rover several meters high to its point of arrival. This is the famous “Touchdown”. If the operation remains delicate, the worst will still be over.

Where to watch, at what time?

In 2021, everything is being broadcast live on the internet. It will therefore be possible to watch Perservance’s “docking” from your home, warm under your duvet. The event will take place tonight and most streams will go on air around 8 p.m. NASA of course planned the blow. and will broadcast the event directly to his Youtube channel and Twitch. The live will begin at 8:15 p.m. French time.

If you want to consume French, know that the CNES also plans to broadcast the event on its channel. Here, the antenna will be taken from 7.45 p.m.

Finally, if you are more of the traditional type, know that the 24-hour news channels have also planned special evenings where you can follow the achievement (or not) minute by minute. Social media will also be buzzing and it will be possible to follow the landing via Twitter.

And you, will you watch the arrival of Perseverance on Mars? If yes, how ? Please let us know in the comments!