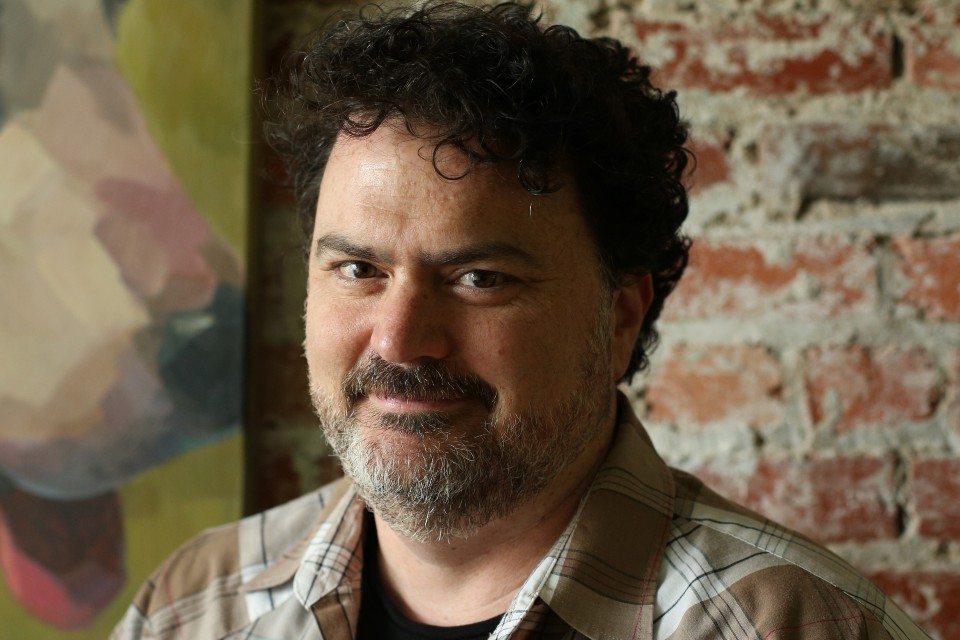 May is Mental Health Awareness Month in the United States, a subject more important than ever in these difficult times of social isolation. In Brazil, 75% of the players revealed to have played more video games during the pandemic, solid evidence of the importance of the media to bring us a little joy during this global crisis.

Micosoft has focused its attention on the topic and is more interested than ever in exploring the positive impact of video games on players’ mental well-being, using some of its main releases to discuss the topic, such as Hellblade: Senua’s Sacrifice and Psychonauts 2.

At the invitation of the production company, we had the opportunity to speak directly with Tim Schafer, the founder of the Double Fine studio and one of the most celebrated designers in the industry, about his ambitions for Razputin Aquato’s next adventure, the themes of the game and his view on video games. Check out the best moments of our chat below!

To say that humanity faces one of its main challenges today would be an understatement. In particular, I feel especially grateful to you and everyone who works to launch new games and entertain us in this very difficult period. How do you see the value of video games today?

Tim Schafer: “I am grateful to video games on both sides of this theme! As a developer, a lot of people are not lucky enough to be able to work, and and I love my job! And as a player, it’s like you said: games allow you to do things you can’t do in real life anymore, like going for walks and being around people. Besides, you can still talk online with your friends, even those you wouldn’t normally call, but then you see them online and who knows do you even play with them a little bit? So I think, in many ways, we are lucky to have video games today! “

The first Psychonauts I was already doing a very good job of exploring the insecurities and challenges of being a person. Can we expect an even deeper dive into the theme in the sequel?

“It certainly continues the themes of finding someone who is a very unusual character, who behaves unexpectedly, or perhaps even threatening, until you enter that person’s mind through astral projection. And then you see that she is also a human being and, like you, is dealing with various problems, so you can help them overcome this and face their inner demons.

In Psychonauts 1 we had a lot of old traumas to deal with, like the relationship with your father and things like that, but in the two we go even deeper into the topic and deal with even more complex things like addictions and different types of anxiety and panic syndrome. We made them realistic, and you can help the characters try to solve that. “

His games have never been the subject of controversy, but it is undeniable that the way of making humor has changed a lot in the last decades. Do you find it more difficult to make jokes today, when a lot of people seem to step on eggs when discussing sensitive topics?

“This is an interesting point. For me, it is different to write or create things now because I am older than 20 years ago, obviously. And in a way, the less you know about life, the easier it is to write about it, because you just go over a lot of things that you didn’t even know were there.

As you get older, you become more aware of what other people’s experiences were like, and I think you need to take that into account when dealing with topics that concern them. In the past, you didn’t know that certain things hurt you, but then you mature and start to notice it more. So ideally it is when you start to approach the subject with more empathy and wisdom.

Some people may find this more challenging, but this is only because you have more information, so you become more aware of the effect your work generates. I think it’s always positive to think about it when creating a story. “

And speaking of challenges, how did remote work impact your work? Was the team able to handle the transition well and in a healthy way?

“It was a very long year, and everyone here dealt with it in a different way. There are people with small children, older children, or even children, so you can live in a small space with a lot of people, or in a space that doesn’t have enough people.

We try to be very flexible when talking to our team and see who needs help, be it simple things like needing better hardware or internet, even providing extra food or support for children. I find it incredible that we have managed to continue working in Psychonauts 2 even today!

This was only possible because the team is very dedicated not only to the project, but to be together and support each other. It’s a very special group of people who are happy to have each other, so we try to keep the social aspects of the office even remotely. Everyone is crazy for this to end soon, of course, but the team was very resilient and stayed together all the time. “

Is there a game that you tried recently and admired the way the story deals with the theme of mental health, maybe even inspiring you a little for the new Psychonauts?

“I Think Hellblade is a great example, because even before we were connected to the Xbox studios I already admired this game a lot. Since the opening credits, they talk about the importance of mental health and their work by consulting experts, which I found very inspiring.

There are a lot of games, especially indies, that I think deal with the theme very well and its various nuances. I really like Heavenly, for example, but each game has its own approach. Psychonauts it is, first of all, a work of entertainment, it was made to be fun and tries to be lighter and funnier.

But the structures and ideas that surround him all revolve around empathy, healing each other and celebrating our humanity, and I think that’s what makes our game special and makes it stand out. “

Thank you very much for talking with us, Tim, I know that a lot of people here in Brazil have been playing their jobs for decades, just like me.

“We have always had incredible support from Brazil, ever since LucasArts times when we worked with Brasoft to translate Grim Fandango to Portuguese. It was amazing to visit the country and everyone was so kind to me that it’s hard to hear about how difficult things are going on … But I sincerely hope that everything will get better and that I can visit them again, because I look forward to it. . Thank you very much and I hope you enjoy the game! “