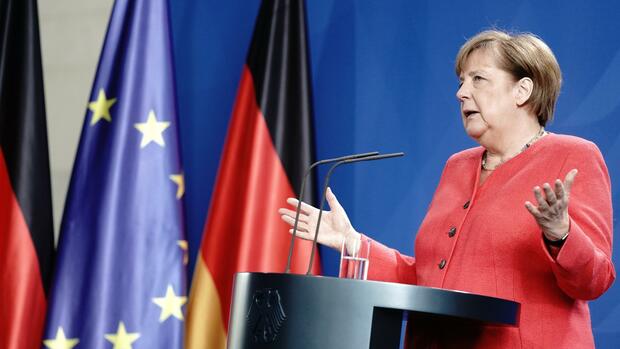 Paris / Rome / Athens / Stockholm / Vienna On July 1, Germany takes over the EU Council Presidency in what is probably the most difficult economic audit since the European Union was founded in 1957. The Federal Government has set itself the goal of quickly replacing the 750 billion euro reconstruction package for the 27 member countries in Brussels and the medium-term EU financial framework of 1.1 trillion euros.

The huge aid fund is designed to quickly bring the European economy out of the recession and also to overcome the growing social differences. Ambition to deal with the consequences of the corona pandemic is necessary because EU partners such as France, Italy, Austria, Greece and Sweden have very high expectations.

Europe must act better, stronger and more coordinated in order to survive in the tough global competition of interests. The first acid test is already the EU summit on July 17th and 18th in Brussels.

French President Emmanuel Macron will travel to Meseberg on Monday to discuss the German Presidency with the Chancellor. The top priority for Paris is to quickly conclude negotiations on the EU reconstruction fund. The government hopes that an agreement can already be reached at the upcoming EU summit.

“We now know all the elements that are necessary for an agreement and we are optimistic,” say circles des Élysée. The concerns of the “frugal four” (Netherlands, Austria, Sweden and Denmark) must be taken seriously. This applies, for example, to the conditions that are to be associated with the payments – up to 500 billion euros are planned.

The French president calls for an agreement on the EU reconstruction fund.

Paris supports the fact that conditions should be attached to these grants, such as compliance with the rule of law, a contribution to the achievement of EU climate goals and economic reforms that increase the EU’s production potential. This should go so far that payments can be blocked if there are deviations from these conditions.

“However, we do not want the troika to be repeated,” is the allusion to the economic intervention team comprising the EU Commission, the European Central Bank and the Council of Ministers, which after the euro crisis, for example in Greece, played an inglorious role due to very drastic micromanagement.

Since the reconstruction fund is a Franco-German proposal, it is not surprising that both countries see this as a focus for the coming months. However, there is no complete agreement on all points: The Federal Government wants to start repaying the jointly raised debts in the next EU financial period. France does not see this as a priority, but it does not categorically reject it.

The two countries want to work together to start the conference on the future of the EU after the summer break. It was originally supposed to start in May, which failed due to the Covid crisis. With the broadest possible public participation, both through live events and through an online platform, ideas for the democratic shaping of the EU and political priorities such as the energy transition should be developed.

An important concern from the French perspective is also all facets of the “strategic autonomy” of Europe. These include trade and competition policy, and here the better representation of European interests vis-à-vis China and the USA, defense, technology and, as a lesson from the Corona epidemic, a powerful health system based on its own industry.

The following week shows that foreign policy and defense policy will not remain with expressions of intent: Immediately after Meseberg, the Chancellor and Macron fly to the Mauritanian capital Nouakchott to discuss economic development and combating terrorism with the Sahel states .

Of all EU countries, Italy has the greatest expectations of the German presidency. The third largest euro country urgently needs support from Berlin in order to get the funds from the reconstruction fund in Brussels. Our own aid packages are not enough in the face of a severe recession.

After all, Rome can count on the EU’s 750 billion pot to win the largest: 173 billion euros, including non-repayable grants of 81.8 billion euros. All hopes in Italy are that an agreement has already been reached at the EU summit.

For this reason, all German-Italian upsets that arose during the acute phase of the corona crisis were quickly resolved. In April, Prime Minister Giuseppe Conte complained in his fight for the introduction of “corona bonds” that Germany’s trade surplus was higher than the EU rules and that with this surplus Germany was not a locomotive but a “brake on Europe” serve.

In addition, Italy, for example, thanked every country such as China, Russia and Cuba for every little aid it received, Germany did not. 43 seriously ill corona patients were flown to Germany and treated there free of charge.

Tempi passati. Now it sounds different. “I thank the German people for the solidarity with Italy, which Germany expressed by sending doctors and sanitary materials,” said Foreign Minister Luigi Di Maio during the visit of Foreign Minister Heiko Maas to Rome earlier this week.

“Italy is ready to make the greatest possible contribution to the German Presidency,” he added. Italy has “great expectations” of the aid plan for the countries most affected by the pandemic. For Italy, Maas’s statement was balm: “We are firmly determined not to leave any country behind in Europe.”
The presidency program, which focuses on three areas of reconstruction after Corona, Brexit and China, is being examined in detail in Italy. After all, Germany is the largest EU country. The motto “make Europe strong again” is à la Trump, comments the press without criticism.

And yet, the Franco-German summit on Monday arouses old fears in Italy. The tandem continues to determine economic policy in Europe, says a commentator, and Italy, like the other southern countries, can only watch. The German-French agreement in Aachen worked well.

The Greek Prime Minister Kyriakos Mitsotakis has two issues in particular: First, the conservative prime minister hopes that Chancellor Merkel will soon be able to win the EU Corona aid package against the “frugal four”.

Greece, which already has the highest debt ratio of all the Member States, is pushing, in contrast to these countries, for as many grants as possible that do not have to be repaid instead of loans. Athens is particularly in a hurry because the country is in danger of falling deeply into recession due to its high dependence on tourism. The Brussels Commission predicts the Greek economy will decline by 9.7 percent this year. That would be the biggest slump in all EU member states.

It was a pleasant surprise for Greek politicians that Merkel, of all people, is campaigning for the Commission’s aid package. In the years of the euro crisis, Merkel was the driving force behind what many Greeks perceived as “German austerity dictates”.

The Greek Prime Minister hopes that the Chancellor will prevail against the “frugal four”.

Now the Athens media celebrate the Chancellor as a “great European” who is based on the virtue of solidarity. Left-wing opposition leader and ex-prime minister Alexis Tsipras even believes Merkel is capable of a “European rebirth”. Greece’s Economics Minister Adonis Georgiadis also thinks that it is “a great luck” that Germany is now taking over the EU Council Presidency, because in these times Europe needs “efficient leadership”.

Greece also expects this in the long overdue reform of European migration and asylum policy. For years, Athens has been calling for a “mandatory redistribution mechanism” for newly arriving migrants to all EU countries. Migrants who are not in need of protection should be sent back quickly to their countries of origin, and asylum seekers should be distributed to other member countries to process applications.

Federal Interior Minister Horst Seehofer’s plans for asylum reform “went in the right direction,” according to government circles in Athens. The Greeks in Berlin, on the other hand, feel little sympathy for their wish that the EU should show a clear edge towards Turkey, which is acting increasingly aggressively in the eastern Mediterranean. On this topic they feel better understood by their French friends.

In Northern Europe, governments have been mainly concerned with fighting the corona pandemic. The upcoming takeover of the EU Council Presidency by Germany therefore does not yet play a major role. However, Denmark and Sweden, which together with Austria and the Netherlands, form the “frugal four”, expect Germany to compromise on the EU’s long-term budget and the aid fund for the EU countries that have been economically troubled by the corona crisis.

“The funds have to be used carefully and only paid out where they can actually make a difference,” said Socialist Swedish Prime Minister Stefan Löfvén recently. He still sees an opportunity to “make the EU greener, stronger and more resilient”.

In Denmark, too, the government expects EU cooperation to be strengthened with the German Presidency. Socialist Prime Minister Mette Frederiksen said last week that she was still awaiting intense negotiations on the EU budget.

The Finnish government hopes that a political agreement on the economic fund can be reached at the EU summit. “Finland cannot accept the proposal for the aid fund in this way.

Further adjustments are needed regarding the size of the fund, the length of the relief measures and the criteria for payment, ”said Sanna Marin, Prime Minister of Finland. It is under pressure as a majority of Finns are in favor of aid recipients repaying the aid.

The black and green government in Austria rejects the reconstruction plan proposed by Germany and France. Chancellor Sebastian Kurz does not make his German counterpart’s hopes of a simple compromise at the EU summit simple.

“We are against a debt union through the back door,” the Austrian head of government recently told the foreign press in Vienna. The 33-year-old head of government is uncompromisingly opposed to non-repayable grants, for example for Italy and Spain. Instead, he calls for loans for the needy EU countries.

Because loans are more dignified than grants. Vienna is secretly pointing out that Italy can borrow money at lower interest rates in times of the pandemic than Austria in the financial crisis. Austria sees itself as the protagonist of the “frugal four” of the EU. Briefly emphasizes responsibility towards taxpayers like a prayer wheel.

The Chancellor’s course of clearly and clearly differentiating itself from German European policy is well received by the Austrians. The 33-year-old is by far the most popular politician in the Alpine Republic. In Vienna there are fears that Italy, which is heavily indebted, could waste the planned free money.

During his recent working visit to Austria, Federal Foreign Minister Heiko Maas felt how uncompromising the Austrian government is with the reconstruction fund. There was no rapprochement when talking to his Austrian counterpart Alexander Schallenberg.

Meanwhile, Kurz does not want to accept the allegation of lack of solidarity. “We want to help. We are in solidarity, ”said Kurz. In future, Austria wants to flow EU funds primarily into digitization, greening, start-ups and the health sector in order to strengthen Europe as a business location in competition with the USA and China.

More: Berlin and Vienna are pulling together only with EU enlargement in the Balkans. Federal Foreign Minister Maas calls for more EU engagement in the region.