One Piece Eiichiro Oda’s work tells the story of Monkey D. Luffy who aims to become the Pirate King in the Era of the Great Pirate. As one of the greatest manga of all time, One Piece features some incredible battles. Because Luffy’s journey hasn’t finished yet, there are many battles that we haven’t seen.

Some of these battles have taken place and are carved out in history, while others have been arranged by Oda to occur in future episodes. Here are 7 battles in One Piece that we want to see before it ends.

Akainu is the current Navy Fleet Admiral and one of the most interesting evil characters that fans have ever seen on One Piece. After killing Ace during the Marineford series, Akainu is a character that is hated among fans.

Even though Luffy couldn’t do much about the death of his brother, if two clashes both occur in the future, fans hope he goes all out against Akainu. Like Sabo with Burgess, who was responsible for Ace’s death. Shanks and Blackbeard have a long history that is still largely unknown to fans One Piece until now. Each of them is known to have been a crew on Roger and the Whitebeard Pirates.

When Whitebeard and Shanks met, it was clear that the scar in the eyes of the Red-Haired Yonko originated from Teach’s actions. Marineford has another confrontation between the two pirates and the battle between the two will not only give fans the chance to see Shanks in action, but also the reason why they hate each other so much.

Also Read: 9 One Piece Characters that Saved Luffy from Death 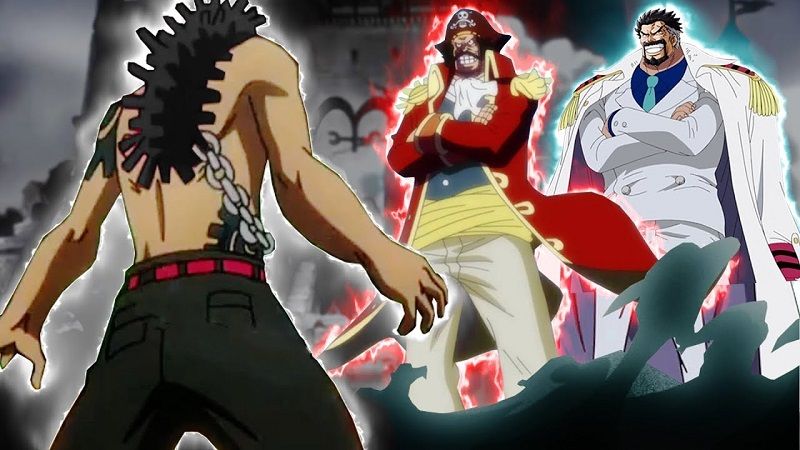 Before the era of the Great Pirate or Roger’s era, Rocks D. Xebec and his members controlled the seas with unrivaled authority. As mentioned by Garp, 38 years before the current storyline, Rocks clashed with Roger and Garp in God Valley.

The battle resulted in the defeat of Xebec, which eventually paved the way for new pirates like Whitebeard and Big Mom to rise. No doubt, this fight is something every One Piece fan has been waiting for. Dracule Mihawk’s clash with Shanks is one of the most famous battles in the world One Piece. Mihawk is the strongest swordsman in the world, while Shanks at that time was one of the best rising pirates.

The battle between the two is described as a legend by Whitebeard and according to him, it echoes throughout the Grand Line. In time, fans will be able to see the fight One Piece this is through a flashback of Shanks or Mihawk. Luffy has defeated many tough opponents who have blocked him from becoming the Pirate King and at this time, he will face his strongest enemy, Kaido of the Four Yonko.

Both of them had clashed at Wano where Luffy was really defeated. However, that finally made Luffy train hard and become stronger in Udon. Luffy has mastered the best form of Haki Armament and is growing stronger now. Another clash between the two will not be avoided. Roronoa Zoro is a warrior and warrior of the Straw Hat Pirates. The aim is to become the strongest swordsman in the world and for that, Zoro must defeat Dracule Mihawk, the man who currently holds the title.

At the end of the series, we must see Roronoa Zoro and Mihawk quarrel once more. Even though Zoro was destroyed by Mihawk in Baratie, their last battle would likely not end the same. Being one of the strongest pirates of his time, Gol D. Roger was often chased by the Navy. At some point during his journey, he developed competition with Garp, the Marine Hero.

It is said that the two were in conflict with each other all the time and Garp is known as the only Marine to ever corner Gol D. Roger. Fans haven’t seen their battles in the story, however, the scale of this battle seems so great that it will be truly regretted if Oda doesn’t show it to us.

Are you one of the fans One Piece waiting for the fight?

Also Read: One Piece: 5 Fighting Fans Want to See Before the Series Ends