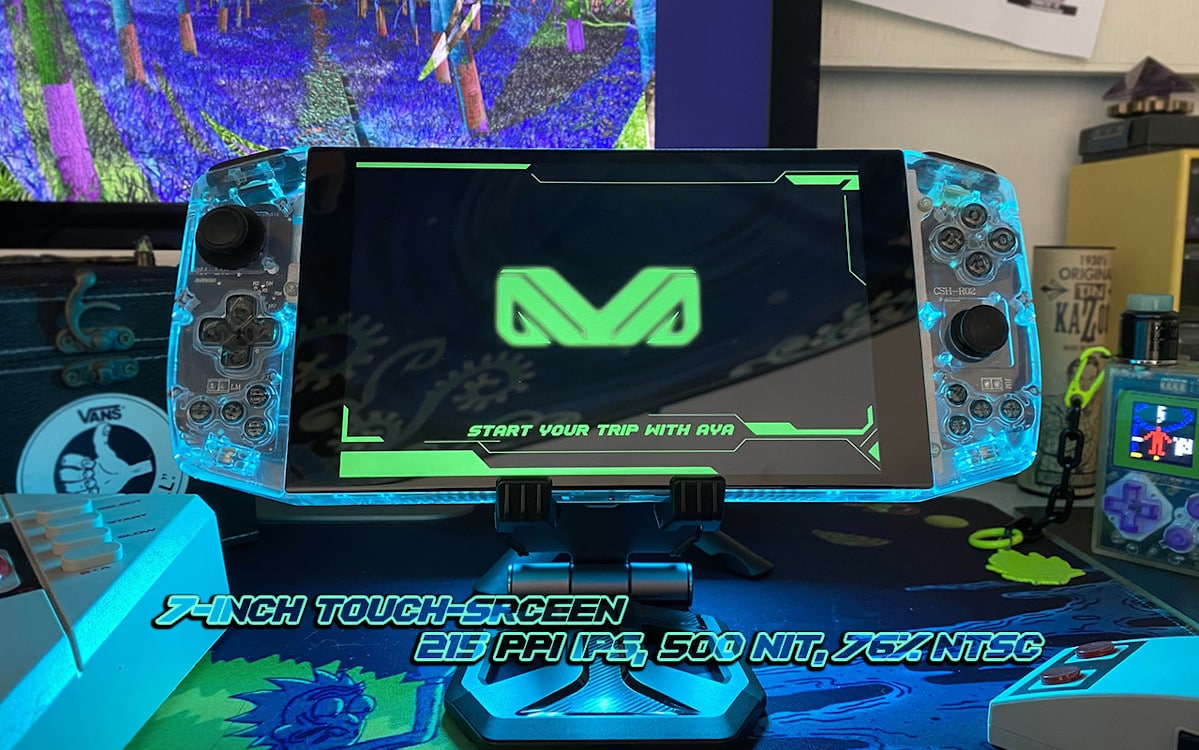 Aya Neo is a Switch-like laptop PC. Its platform, based on AMD’s Ryzen 5, is capable of running games such as Cyberpunk 2077 or Crysis Remastered. It also handles many other games very well, including GTA 5 and Doom Eternal, as well as a number of emulators.

Do you know the Aya Neo ? If the answer is positive: bravo! Otherwise, don’t worry: you are part of the vast majority. This is a relatively project that will be the subject of a fundraising campaign on Indiegogo very soon. And it’s a very interesting platform that is currently talking about it because the first technical tests have come out. And they are, for some, quite amazing.

Let’s first discuss the physical aspect of the product. Similar to a GDP Win 3 (What, you don’t know either?), but without the full keyboard hidden under the screen, the Aya Neo is a portable console that looks a lot like a Switch when it’s in portable mode, with the Joycons hooked up on the slices (or even a Switch Lite). On the sides, you find two analog sticks, a directional cross and multiple keys.

The body of a Switch, the heart of a gaming PC

Its screen measures 7 inch, that is, 0.8 inch longer than that of the Switch. The backlight technology is IPS LCD. The definition is WXGA (1280 x 800), i.e. a resolution of 215 pixels per inch. This figure is relatively low compared to smartphones. But she should still be enough to play. Its weight is relatively high, since it reaches 650 grams (against around 400 grams for the Switch).

But the Aya Neo is obviously not just a Nintendo console clone. Because, it runs on Windows 10. Hey, yes: it’s also a PC! What do we find in this small frame? First an AMD SoC: the Ryzen 5 4500U. This component incorporates 6 cores clocked at 2.3 GHz (and up to 4 GHz in overclock). The graphics chipset is a Radeon Vega 6 clocked 1.6 GHz. The platform is accompanied by 16 GB RAM, 512 GB or 1 TB of storage and an 47 wH battery compatible fast charge 65 watts. WiFi 6 and Bluetooth 5.0 connections complete the package.

So what can we do with Aya Neo? Play of course! And, surprisingly, this small Windows 10 console behaves relatively well with the most recent titles like the great classics of the PC game library. Some bloggers and those who pre-ordered it received an early version of the platform and were able to test its capabilities. The following results are from their tests. And the first big surprise: CyberPunk 2077, the CDProject RED title that has caused so much ink in recent months, is doing relatively well. 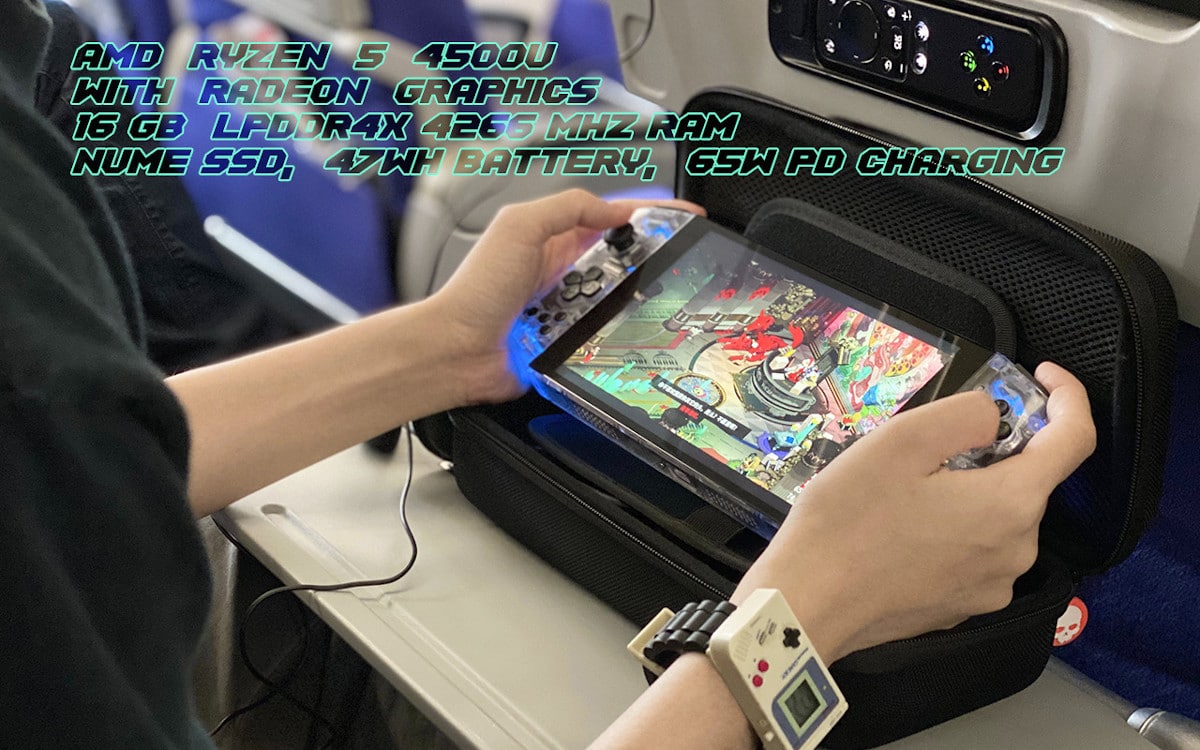 Indeed, the game benefits from a framerate of 30 frames per second. Either sufficient fluidity to be pleasant. Obviously, you have to make some concessions: the quality of the graphics is at a minimum. However, the definition of the screen is also minimalist. So that’s not really a problem. Other games are tested: Crysis Remastered at 42 fps, Fortnite at 77 fps, Doom Eternal at 62 fps, GTA 5 at 68 fps, Forza Horizon 5 at 67 fps, or Skyrim Special Edition at 60 fps as well.

It is obviously very surprising to see Cyberpunk 2077 run on a portable console. And this type of initiative could revive the interest of mobile PC gaming, despite the concessions that must be made to achieve a smooth experience. Another advantage of having a PC in this console is the profusion of emulators compatible with Windows. Some tests visible on YouTube also allow testing the performance of the Aya Neo with emulators. And, once again, that’s the good surprise: a lot of emulators work very well, even some of the most demanding, like PCSX2, Dolphin or PPSSPP.

These first tests are really very encouraging. The units that have been tested are not identical to the commercial versions, but they are close enough to appreciate the quality and performance of the final product. It remains to know the final price (which should revolve around 700 dollars). The console will be available to the general public from March 10.