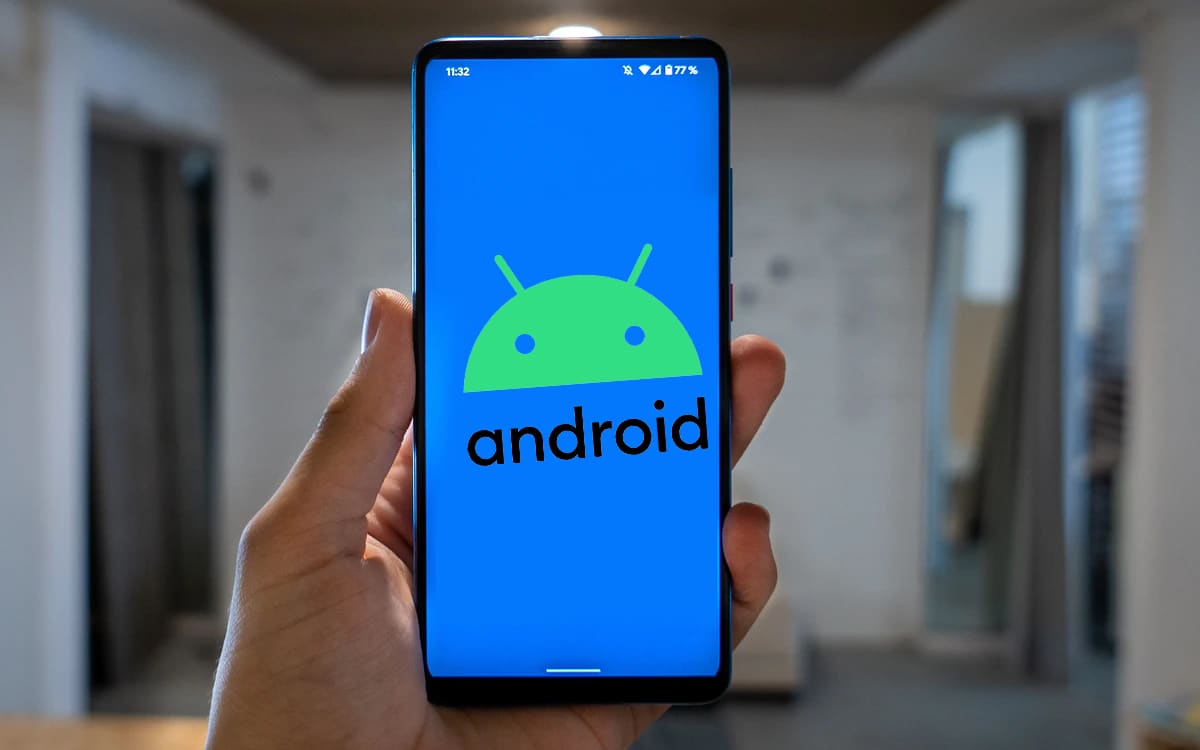 Android 12 begins to reveal itself. Several weeks before the first beta for developers, a leak has lifted the veil on the update interface developed by Google. We discover simplified quick settings, new privacy settings and a new “conversations” widget.

Our colleagues from XDA Developers got their hands on an internal Google document presenting some of the new features of Android 12. This document is intended for the brand’s partners, including manufacturers of Android smartphones. It contains screenshots showing the changes to the interface and helps developers get ready for the update rollout.

The media affirms “To have seen evidence of the veracity of the document”. Given the reputation of XDA, and expectations for Android 12, we will give some credit to this leak. We take stock of the new features seen in the screenshots below.

On the same subject: here are the new features that we would love to see coming to Android 12

First of all, Google has obviously reworked the notification panel interface. The Mountain View firm replaces the effects of transparency with an opaque light beige background. According to XDA, the color varies if dark mode is on or off. Now Android will only show 4 icons in Quick Settings, instead of 6 with Android 11. 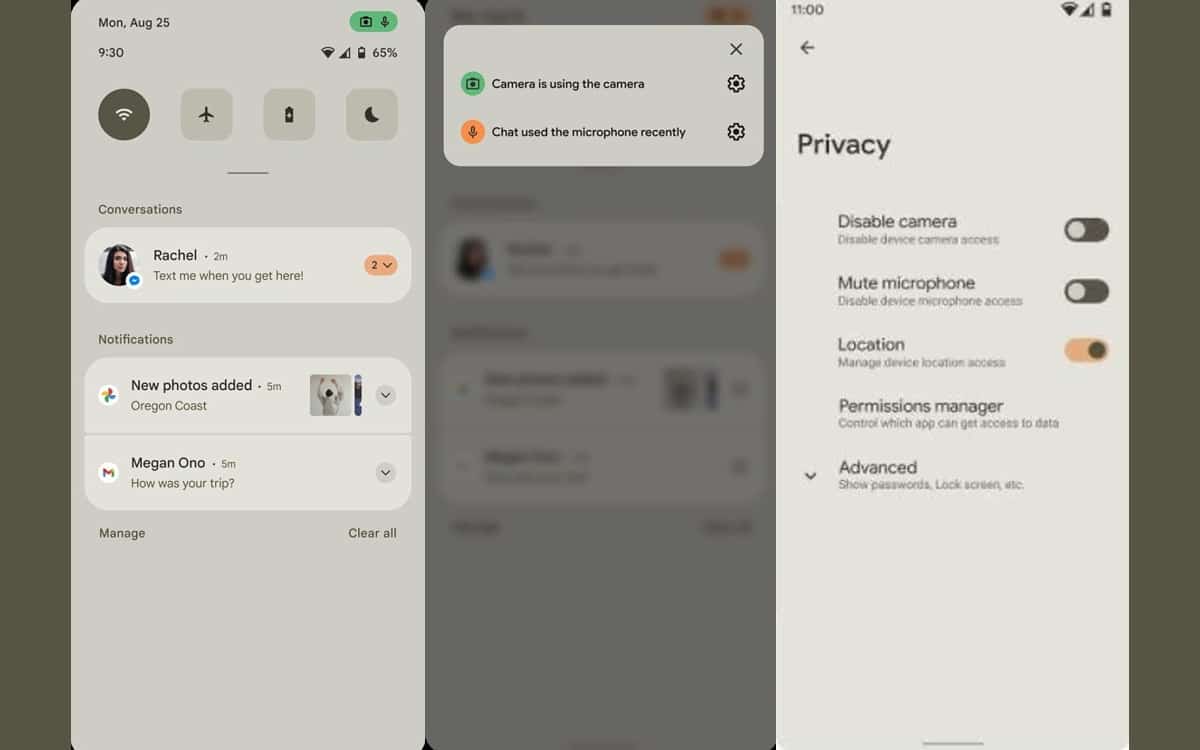 Above all, we see new indicators to protect confidentiality and privacy Android users in the right corner of the screen. This is a green square containing a “camera” icon and a “microphone” icon. This indicator in the status bar transparently shows when the front camera and microphone are in use by an app. There is a similar solution on iOS. In this way, Google wants to prevent a infected application or malware from using the microphone or the camera without the knowledge of the owner of the smartphone. 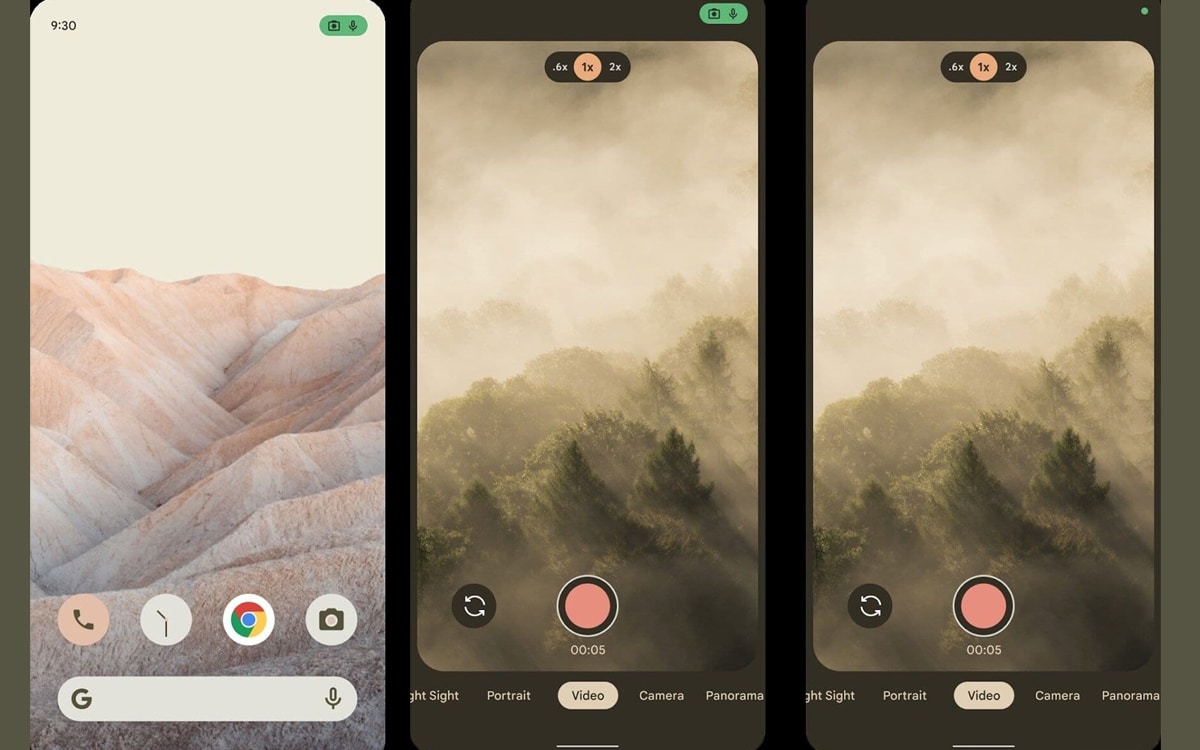 By clicking on this indicator, the user can display a pop-up window that offers the full list of Android apps that currently use the microphone and camera. Via this window, it is possible to deactivate these two elements by unchecking the corresponding box. This window dedicated to confidentiality also allows you to deactivate the tracking of your geographical position with a single click. With Android 12, Google is clearly looking to make it easier for users to access settings designed to protect privacy and their data. It is rumored that Google plans to go even further in the future with limitations inspired by iOS 14. 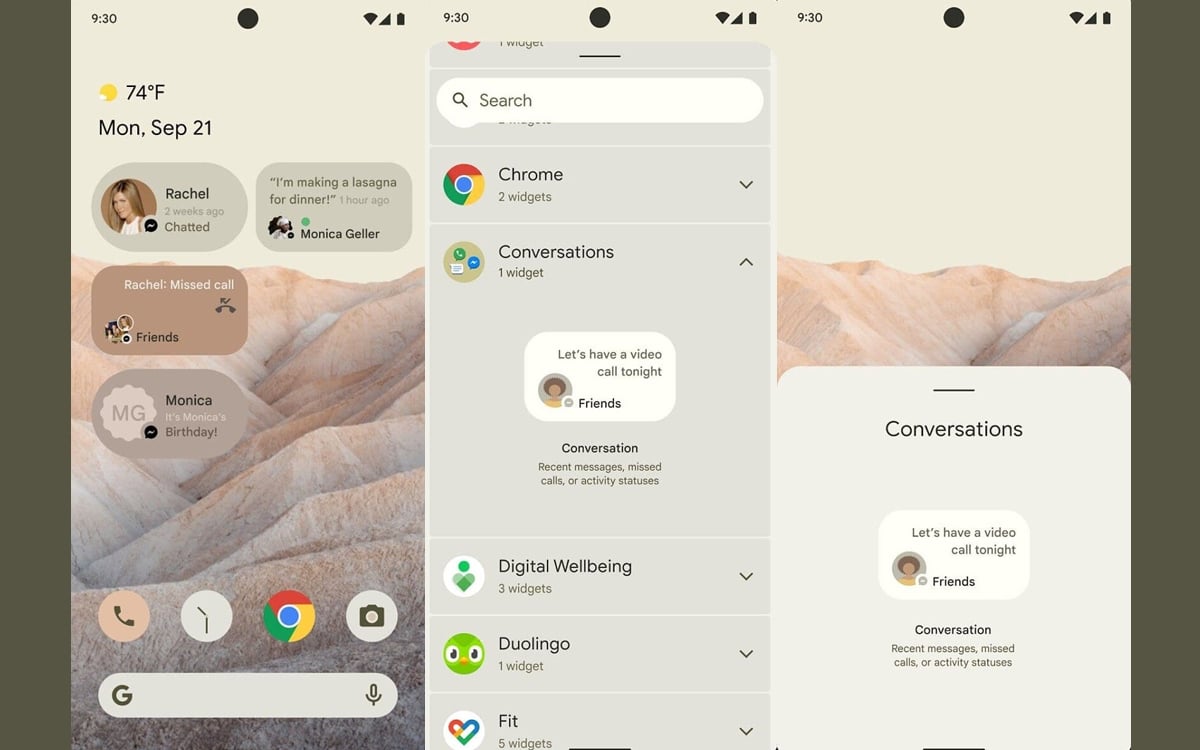 Finally, Google has made some changes to the design of Android widgets. The screenshots show a new widget visibly intended for “Conversations”. According to XDA, this widget will concentrate all the user’s conversations, whether on Google Messages, WhatsApp, Facebook Messenger, Telegram or Signal. It will display recent messages and any missed calls. As we can see, this widget also displays birthday notifications. This is obviously a multitasking option intended to facilitate exchanges with your loved ones.

According to documents viewed by XDA Developers, Google wants to enforce the conversations widget and privacy indicators to all Android manufacturers. Concretely, all Android overlays, whether One UI, MIUI or OxygenOS, will have to integrate these new features into their interface. It is not uncommon for Google to impose certain features on its Android partners. This was particularly the case for gestural navigation, inaugurated with Android 9 Pie.

To conclude, it will be recalled that these are not the only novelties in the boxes of Google. The latest news is that Android 12 will also allow you to customize the color of applications, automate the display of two apps at the same time with App Pairs and put applications in hibernation.

It is expected that Google will soon release the first beta version of Android 12 for developers. If the firm is faithful to its usual schedule, the developer preview will be launched by the end of February 2021. The final version of the Android 12 update is not expected until next September. In the meantime, don’t hesitate to give your opinion on the new features seen in the screenshots. We await your opinion in the comments below.