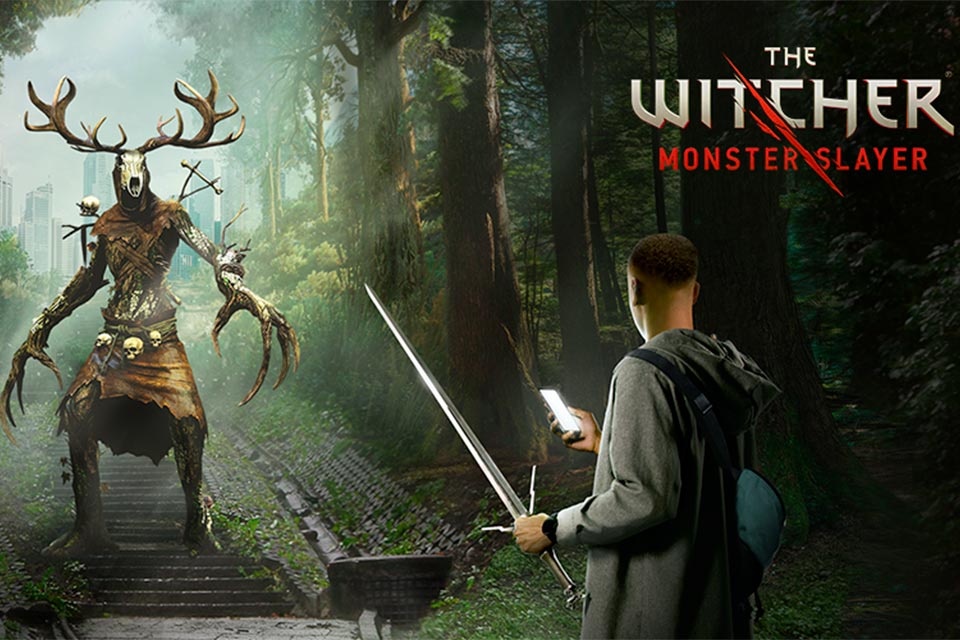 Games that use Augmented Reality (popularly known as AR) are nothing new to the industry. The first experience I remember having was with the Nintendo 3DS system, but it was nothing but cool at the time. It was then that in 2016 the technology hit the people’s lips with Pokemon GO, a title released for mobile platforms that used the camera and GPS to transform the player into a master of pocket monsters.

I’ve never been a regular fan of cartoons and games from Pokemon, which made me abandon the game a little after a month of the day it arrived on the platforms. It was then that everything changed when CD Projekt announced that its new studio Spokko was working on a project that would take the universe of The Witcher for our reality, called The Witcher: Monster Slayer. After just over a week of playing and having the opportunity to talk to a company spokesperson, I can assure you that it will be a while before I stop playing it.

familiar but not too

In some ways, he remembers Pokemon GO: A slightly modifiable character on a Google Maps plan with street signs and enemies appearing on the screen, requiring you to physically approach them to face them. Those similarities stop there.

The visuals have a premium look, with most enemy models being the same as in The Witcher 3: Wild Hunt and others created specifically for the title. Some are big, some are small, but they all have a fair amount of detail that is even more evident during battles.

The small details are also visible in the movement of our protagonist, who is a witch like Geralt, Vesemir and Eskel. If the player is at high speed, such as inside a car, the character will climb onto his horse to match the speed of the vehicle. It may be something small, but it adds a lot to the overall package.

Are you guaranteed in sword and magic?

The game’s brilliance is in the preparation and combats. As in the third console game in the franchise, there is a very wide variety of enemies, such as Draconids, Specters and Scavengers. Due to the stark differences between these groups, it is necessary to be careful and use the right equipment so that combat does not become headaches.

Before each confrontation, you need to choose your sword, oils, potions and bombs. Enemies have weaknesses that are specified above customization, so it’s important to pay attention to this and mainly choose the right potions and oils. For those with few worries, there is an auto-complete option to tailor items for each opponent, but this will have a certain cost if you don’t have them in your inventory.

Combat is simple, but it has certain “layers”. Slowly dragging the finger gives a strong attack while moving without stopping performs quick attacks, pressing and holding the screen defends the enemy’s attacks, decreasing the damage taken, and it is possible to use signals like Igni, which throws a blaze of fire at the opponent.

Even though it seems like a lot, it’s not difficult to manage everything for the combat to be effective. Still, care is needed to avoid waste, as the items taken are lost if you die in battle, with the exception of the sword.

It does not stop there!

And the game also brings several other interesting things, such as a story mode with several missions that take place a long time before the stories of our dear Geralt de Rivia, but has characters known by fans that will not be commented so as not to spoil the experience.

just like in wild hunt, there is a tree of upgrades that improve various aspects of the character, such as physical, magical and alchemy damage, as it is possible to create bombs, potions and oils with the obtained loot.

As it could not be different, the title has microtransactions, making it available to buy coins to acquire new swords, armor and consumables. The player can get this money during the adventure, but as it is normal to spend a lot to prepare for combat, having a minimum amount saved is interesting if you intend to play a lot, especially considering that the price is not very high.

Okay, but what about the pandemic?

Launching a game that requires the player to travel outside in the middle of 2021 is not a good idea, but in a conversation with Spokko’s Executive Producer, Mateusz Janczewski, the situation became clearer.

Therefore, it is possible to play The Witcher: Monster Slayer relatively safely, but we at Voxel recommend that you avoid leaving the house for unnecessary reasons, even after taking the first dose of the vaccine.

The Witcher: Monster Slayer is available free of charge for Android and iOS mobile devices.