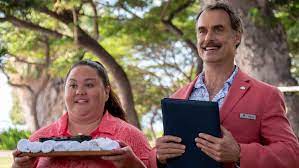 Perhaps few things fascinate us as much as following the lives of very rich people. To some extent, they are like exotic animals: very few humans have the experience of knowing what it’s like to go through this world without having to worry about money. For this very reason, almost the entire population of the earth would love to spy on what the rich do when no one is looking.

The series released by HBO The White Lotus, considered by many critics to be the big news on television this year, it draws on exactly this curiosity. Over the course of the six episodes, we followed the vacation of 8 subjects in a paradise resort in Hawaii. They are grouped into three groups: a couple traveling on their honeymoon; a slightly distraught millionaire who goes to Hawaii to take her mother’s ashes; a crazy family that doesn’t seem to see their problems.

Unexpectedly, The White Lotus begins with a mystery: we see Shane (Jake Lacy), her husband on his honeymoon, waiting for the flight to return to the United States. He looks in the window and from there he sees a coffin being carried into the plane. The initial motto is clear: someone died at White Lotus. The rest of the episodes, therefore, will be narrated in flashback, leaving in the air the question of whose body it is.

The narrative trick is original, as this is not a thriller series. It’s hard to categorize it: although it’s a comedy, the episodes have a melancholy tone about those characters, even though the look of creator and director Mike White (screenwriter of the film) Roc Schoolk), always be acidic. But the richness of the text of The White Lotus it’s in the fact that the series’ commentary on class issues (the basis of the often-silent exploitation of the wealthy on those who serve them) is never screwed up – which would be the most obvious form.

The White Lotus begins with the arrival of tourists in Hawaii. they are received by the staff of resort, coordinated by manager Armond (Murray Bartlett), the central character of the series. He explains to new employees the importance of this reception ritual – they wave to visitors with frozen smiles that hide their own lives. At the hotel, they are not people, but plays in a theater that aims to provide paying customers the best possible experience. In other words: it means that employees must be invisible and only serve when asked. Guests, on the other hand, make it clear from the start what they are.

And the characters will, throughout the six episodes, be denuded not just as subjects, but as “symptoms” of some kind of social distortion represented by the wealthy classes. Lonely Tanya (Jennifer Coolidge, in the best role of her career) is on the verge of a nervous breakdown. Clearly depressed, she looks for some kind of help to get out of her existential hole. You’ll find this in a massage provided at the hotel’s spa by Belinda (Natasha Rothwell), who, with generic advice, offers what Tanya believes she’s looking for.

The relationship, however, is parasitic. Tanya relies on the helper as a friend (which reminds a little of that middle-class discourse of treating the maid as “practically family” – which, in practice, ends up meaning neglecting labor rights). Belinda, on the other hand, sees Tanya as an opportunity to stop being exploited by her bosses, and starts to trust, with a certain naivete, in the promises of friendship from someone rich other than the resort’s owners.

The Patton couple, on their honeymoon, are made-to-measure to cause outrage: young and handsome, they are the very stereotype of Instagram happiness. But the cracks soon appear: Shane, a daddy’s son who had his honeymoon paid for by his mother, revolts because the room he gets at White Lotus wasn’t the same one in the photos. Then, he spends the rest of the trip wanting some sort of repair – and so he starts to infuriate the manager Armond, whose “mask” of hospitality begins to melt in accelerated time. Armond’s downfall is one of the highlights of The While Lotus: addicted, the manager is faced with a series of episodes (among them, the stress caused by abusive guests) that challenges his sobriety.

But the icing on the cake, without a doubt, is in the Mossbach family. Nicole (Connie Britton) and Mark (Steve Zahn) are a couple in crisis: she, a powerful head of the technology business, and he, a husband who lives in her shadow. It’s her money that pays for the vacation they spend in Hawaii with their children, Olivia and Quinn, as well as Olivia’s friend Paula, a black girl who seems to have received a Mossbach charity when she’s there – and who will be a key player in the course of the series. 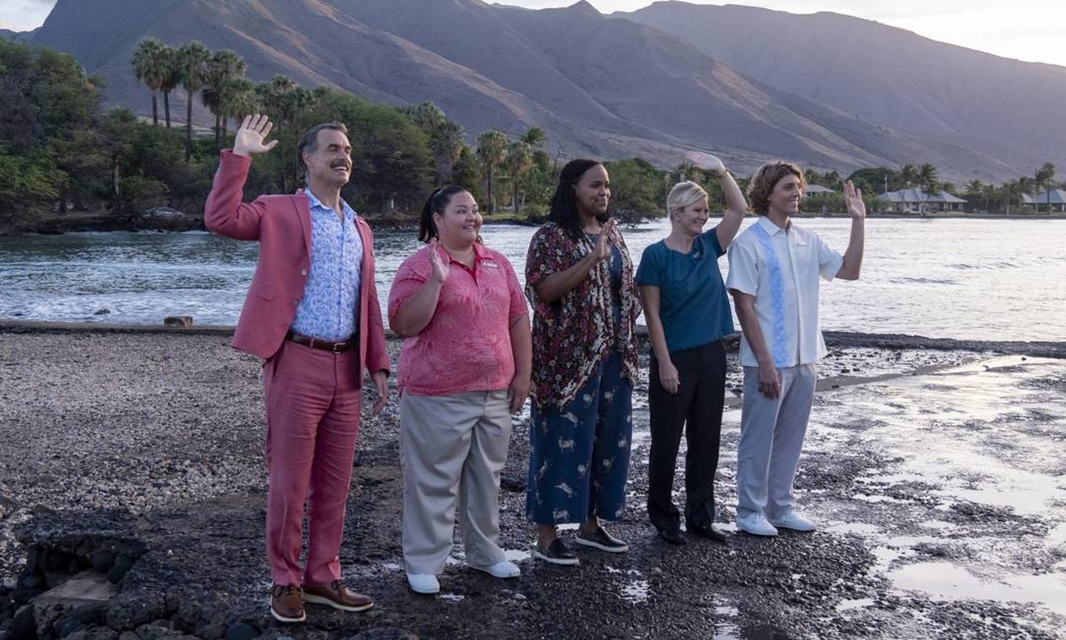 Quinn is a teenager stuck in tech gadgets, even when he’s in a heavenly setting (which, in my view, is the character with the most interesting twist in The White Lotus), while Olivia and Paula, two arrogant young women, share inside jokes about everyone around them. Friends work almost like a alter ego from the series creator, as they seem to make the mocking comments he’d like to make (but here’s one more narrative trick: we soon discover they’re just as toxic as the ones they criticize).

Sharp text and built on few obvious features, the series The White Lotus it is a provocative work as it brings multiple layers to the delight of the spectators. It’s funny but embarrassing. The characters who seem to “save” themselves – as they apparently have the notion that their existence is only possible if they ignore the exploitation of others – are, in the end, as harmful as the others.

Also pay attention to the easter eggs contained in the episodes – as, for example, in the various books that appear during the series. A must-see series from HBO.