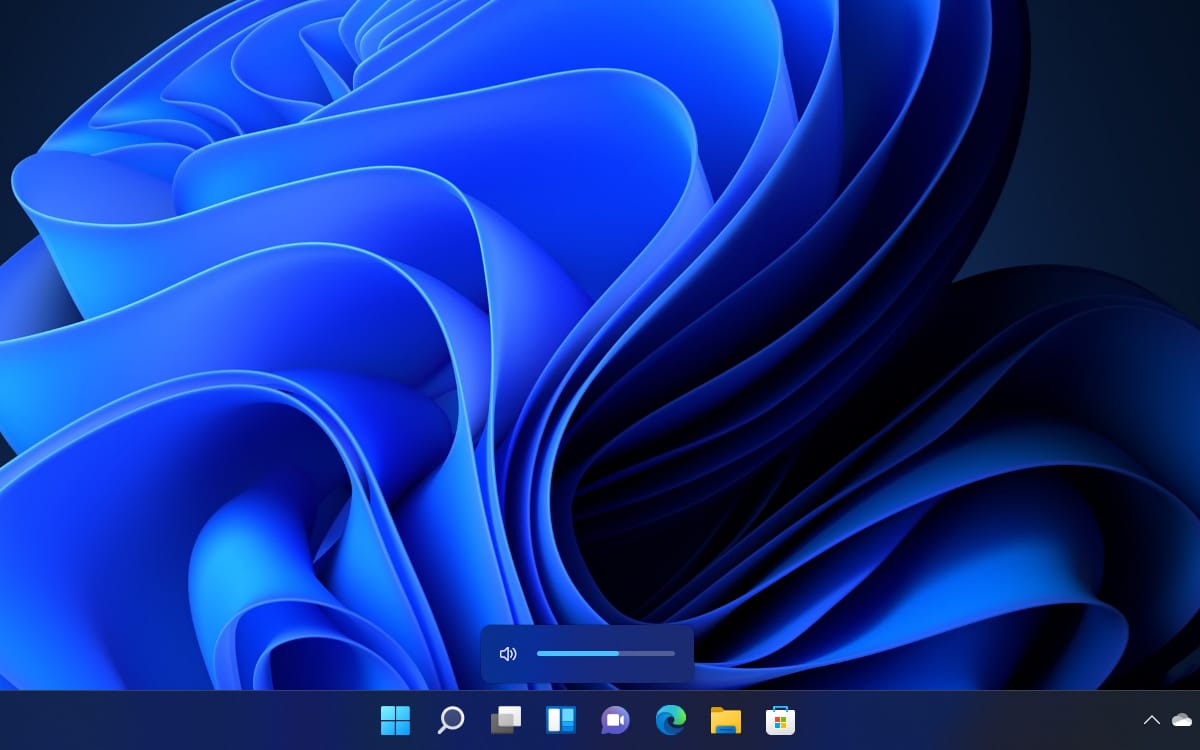 Microsoft has just released a new version of Windows 11 for users of the Windows Insider program. On the menu: the volume and brightness indicators are now displayed in pop-up windows, Voice Access can now be pinned to the taskbar and the Your phone application benefits from a much anticipated new feature.

Since the release of Windows 11 last October, Microsoft will keep reviewing and tweaking its operating system. Admittedly, most of the innovations made will not be available before the release of the next major update of Windows 11, which should be released in the summer of 2022. But it is possible to get a good overview by being part of the Windows Insider program, which is free to anyone with a Windows 10 / Windows 11 license.

If the Build 22533 that Microsoft just released in the Dev channel of Windows 11 brings as usual a lot of fixes, it also offers a welcome novelty. The volume controller says goodbye to its bar display dating from Windows 8, since it is now displayed in a “real” window. But that’s not the only novelty of this OS preview.

The volume indicator is now displayed as a flying window, as Microsoft calls it. This does not mean however that it is possible to move it, but that the indicator in question now appears in a real window which is displayed horizontally rather than vertically. In addition, this window takes advantage of the light theme / dark theme display, like all other OS applications. The menu that allows you to adjust the brightness of the screen benefits from the same innovation.

The volume, brightness and airplane mode activation indicators are therefore all getting a facelift, which had hardly changed since the launch of Windows 8 in 2012.

Another novelty: the application Voice access, this voice command feature that allows you to interact with the PC and dictate text, can now be pinned to the Windows 11 taskbar or the Start screen, just like any other application. Finally, Microsoft offers a new version of the application Your phone, which allows you to control your smartphone from your PC, but also to make calls.

This new edition of Windows 11 has other minor changes, such as the ability to uninstall the application Alarms and clock. Finally, when you simultaneously press the [Windows] + [X], the “Applications and Features” option is now called “Installed Applications”.

This new edition of Windows 11 is actually a preview of the operating system. So you may encounter some bugs while using it. Microsoft also recognizes problems, such as a taskbar that “sometimes flashes”, a search panel that does not open, the Wi-Fi indicator that does not display the correct signal strength or even the access to HDR settings which blocks the Settings application. While these bugs are occasional, they can get annoying in the long run.

For us, we systematically install the build on a secondary PC. If you do not have one, it is also possible to use a second partition or a second hard drive on a main PC in order to install a second instance of Windows 11 (Build 22533, in this case). And if you want to avoid having to reboot to boot from one partition to another, you can also use virtualization software, in order to install the preview version of Windows 11. 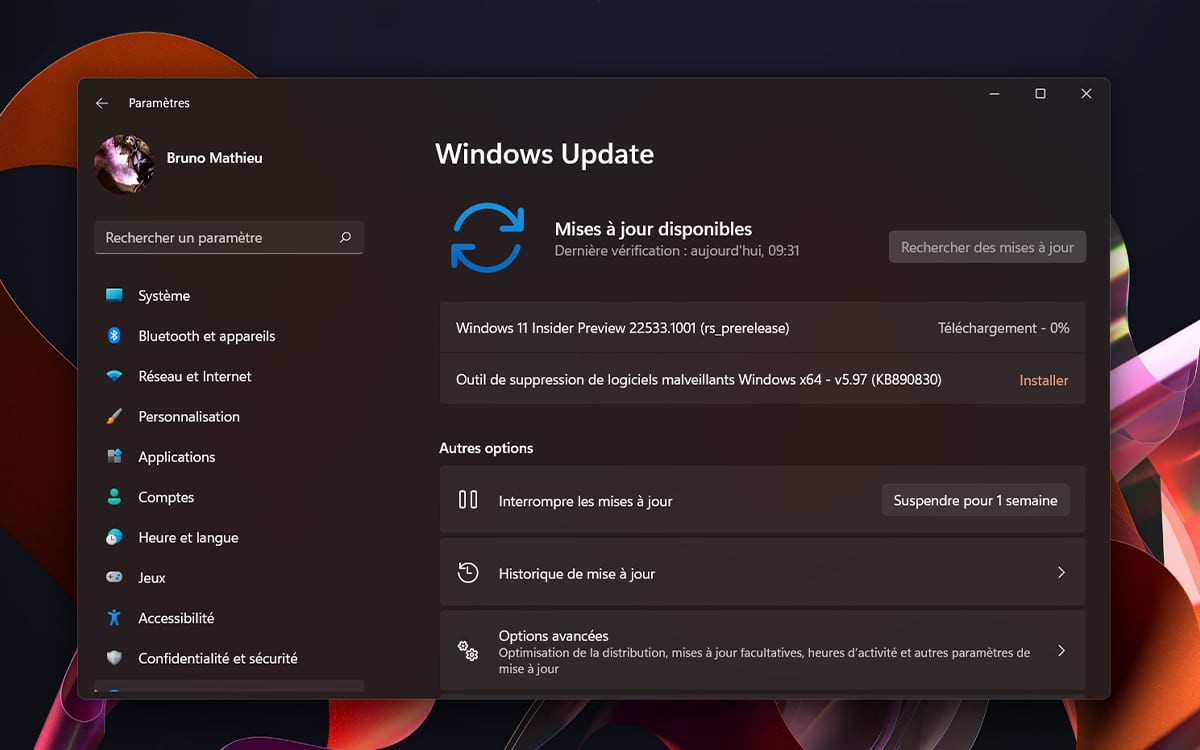 The build in question is reserved for those who have opted for the canal Dev of the Windows Insider program. If you want to grab the new preview version of Windows 11, there are two options available to you. The first is to go through Windows Update from an existing installation of Windows 11: 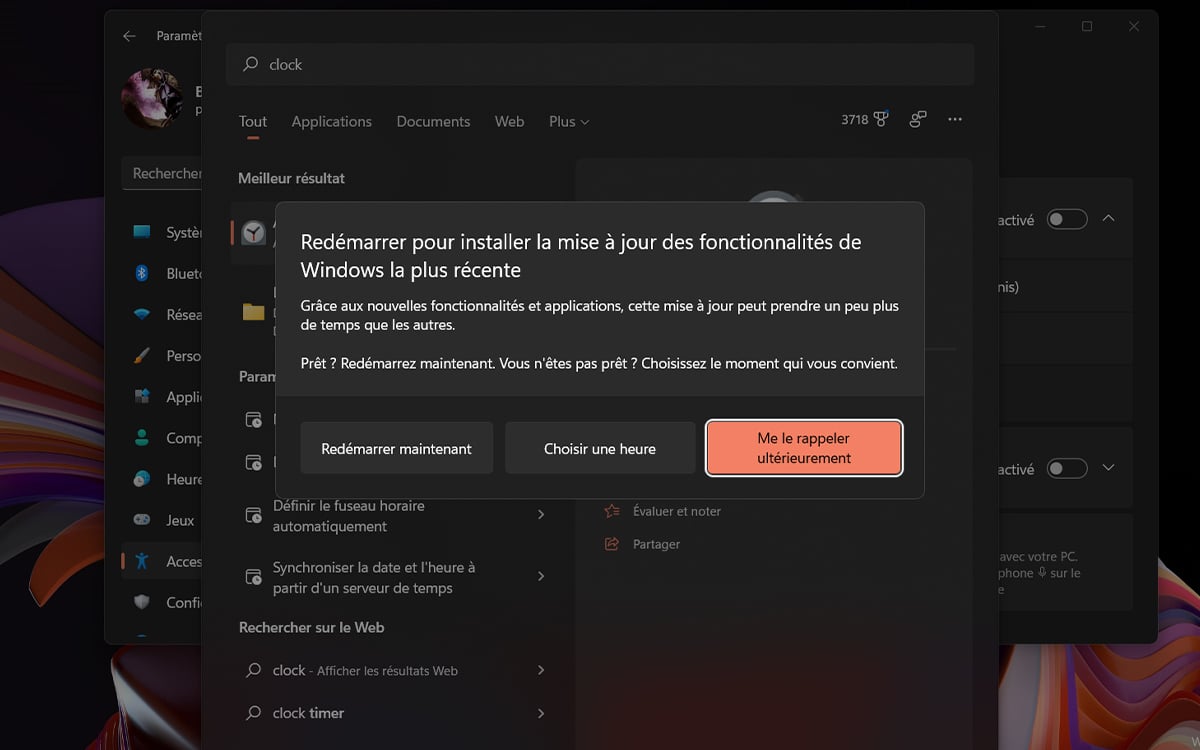 Microsoft is also making available build 22533 of Windows 11 in .ISO format. Click on the button below to retrieve the full installation file of the operating system. You will first need to join the Windows Insider program to access the download. Save the file to a bootable USB stick (using the Rufus application, for example) and start your computer so that it automatically launches on the installation stick.

Finally, note that you can also use this ISO to update your existing installation of Windows 11 by “mounting” the file in the system.