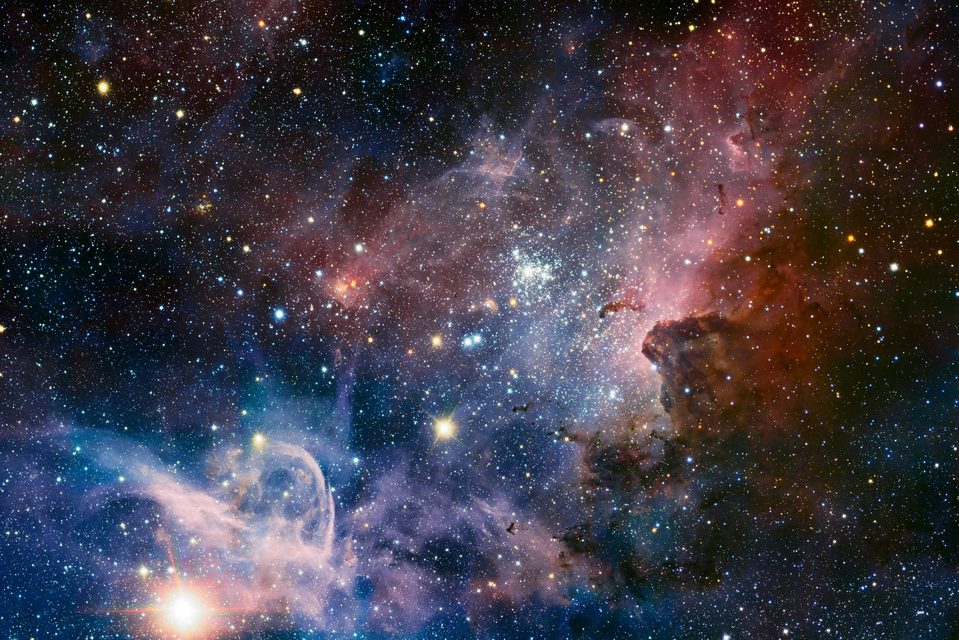 For the philosopher and creator of subjective idealism, George Berkeley, “matter does not exist. What we perceive as solid substances, such as wood or iron, are only the impression produced in our brain by God ”. Since the 16th century, particles and waves have taken the place of originally divine perception, and now, according to North Carolina State University physicist and aerospace engineer Larry M. Silverberg, they must lose their place to something called fragments of energy.

“Reflecting recent trends in physics, my colleague Jeffrey Eischen[[also NCSU physicist and aerospace engineer]and I describe an updated way of thinking about matter with a new theory that can explain the Universe accurately ”, says Silverberg, in an article for the website The Conversation.

Double-slit experiments have made it possible to prove that light can behave like a wave or a particle – both physics and mathematics can be used to predict how the cosmos behaves but they have limits, which have started to challenge scientists as further into the atom one advances: is there another particle inside a quark?

“Einstein explained, in his theory of general relativity, certain physical phenomena and also solved an old paradox related to inertia and gravity. But instead of improving the particles or waves, he eliminated them by proposing the deformation of space-time ”, asks Silverberg.

He and Eischen believe that the Universe can be explained by something more primordial and fundamental than particles and waves: energy.

“Scientists understand that particles and waves are existential opposites: a particle is a source of matter that exists at a single point and waves exist everywhere, except at the points that create them. Our theory starts with a new fundamental idea: that energy always ‘flows’ through regions of space and time, ”explains the researcher.

The new model would have to be able to be predictive for the entire Universe, including on infinitely small or large scales, with both particle and wave characteristics ”. Mathematically, the answer came in the form of a star-like building block: a lot of concentrated energy, with higher levels in the center, decreasing towards the outside.

According to Silverberg, “we found that there were only a limited number of ways to describe a concentration of energy that flows, and only one that works according to our mathematical definition of flow. We call it a fragment of energy, acting as a building block for matter ”.

To test their new model, Eischen and Silverberg turned to Einstein’s general relativity and how it explained the irregularity in Mercury’s orbit and the small curvature of light recorded when the planet passes through the Sun. The theory of the two NCSU researchers was applied to this problem – if it solved it, it would replace particles and waves as forming the matter of the Universe.

“We modeled the Sun as a huge stationary fragment of energy and Mercury, as a smaller, slow-moving fragment. For the problem of the curvature of light, we determined the photon to be a tiny fragment of energy moving at the speed of light. In both problems, we obtained a result equal to that of the general theory of relativity ”.

According to Silverberg, “if particles and waves break, fragments of energy remain strong. They could constitute a single universal building block from which reality would be modeled mathematically.”