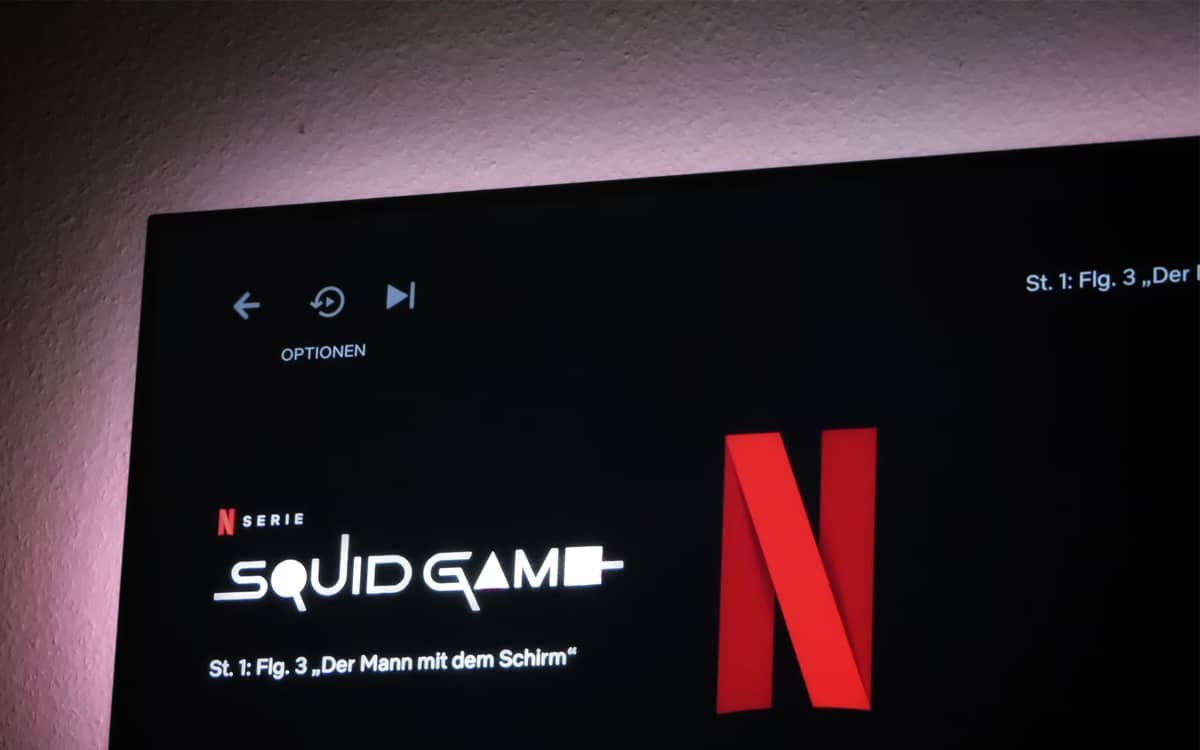 A true global phenomenon, Squid Game is also a hit with children. However, we can not really say that the series is suitable for a young audience. Many countries, including France already advise against it for under 16s. And for good reason: several schools have sent messages to parents, warning them that bloody versions of the usual playground games have started to appear.

Squid Game continues to ride the wave of success. Worldwide, the series breaks all audience records, to the point of arousing the curiosity of Jeff Bezos. Netflix is ​​not mistaken. Failing to announce a season 2 – which could still happen one day, given the way the series ends for the moment – some sources already indicate that a video game adaptation is in production.

However, this success is not to everyone’s taste. Violent criticism of capitalism, some accuse Squid Game of sinking into sensationalism as the series connects bloody passages. On the other side of the spectrum, we denounce the abuses of the system which take advantage of the phenomenon to sell products inspired by the work in abundance, a nice irony given the topics covered. But lately, it’s mostly parents who are worried about the effects of the show on their children.

What is Squid Game?

To understand where this concern comes from, it is necessary to briefly recall what Squid Game is about. During the first episode, spectators meet Gi-Hun, former entrepreneur become unemployed riddled with debt. Unable to take care of his daughter properly and addicted to gambling, his wife files for divorce. One day, he is stopped by a mysterious man who offers him to participate in an equally mysterious game, in the hope of winning 45.6 billion won (33 million euros).

Gi-Hun then finds himself in the middle of 455 other candidates who all try to win the jackpot. To do so, the enigmatic organization – decidedly – involves them in a series of games for children, including the famous 1, 2, 3 sun which closes the first episode and who became the symbol of the series alongside the costumes of the guards. The catch is that the losers aren’t just put aside for the rest of the competition. They are coldly killed, among the other participants. The latter then understand thatthey play to stay alive.

On the same topic: Squid Game – Netflix removes a scene that contained a real phone number

As the series progresses (attention, spoiler), we learn that it is in fact a small group of billionaires who are behind this morbid game. The only reason given by the series is that after having tried everything, seen everything, tasted everything, they are each looking for a new experience. The rich in a glass cage watching the poor fight death : the drawing is rather clear. Squid Game points directly to the capitalist society which, in recent years, has deepened inequalities in South Korea, where its creator comes from.

Suffice to say that Squid Game is not really suitable for a young audience. Many scenes are particularly graphic and blood flows regularlys. In France as in Belgium, the series is not recommended for under 16s. This does not prevent the latter from having undesirable consequences. Some are not serious, such as the sudden shortage of white shoes that it has created.

Others are a little more worrying. We can notably mention the event held by Netflix in Paris on October 2 and 3. The opening of a pop-up store dedicated to the series caused some violence among those present, probably exacerbated by the endless queue. But above all, it is the schools that find themselves facing the most dangerous abuses. Several of them are already warning parents of their children’s problematic behavior.

We have not escaped the drafting. A message was sent to us, specifying that the children are increasingly playing 1, 2, 3 sun in the playground. Fortunately, no problem on our side, no act of violence having been observed, indicating however that the teachers remain on the lookout for any dangerous behavior. But not everyone is so lucky. In some establishments, children hit and whip their friends who lost at the game, thus imitating the sentence of the series.

A phenomenon that can also be found in other countries. In the UK, The Independent reports that many establishments are asking parents to ban their children from watching the series, which they describe as “Dangerous”. In France, National Education has let it be known that the problem is seriously priced. “An alert message will be sent to the academic directors of the National Education services concerning the possible case of Squid Game”, the ministry said. 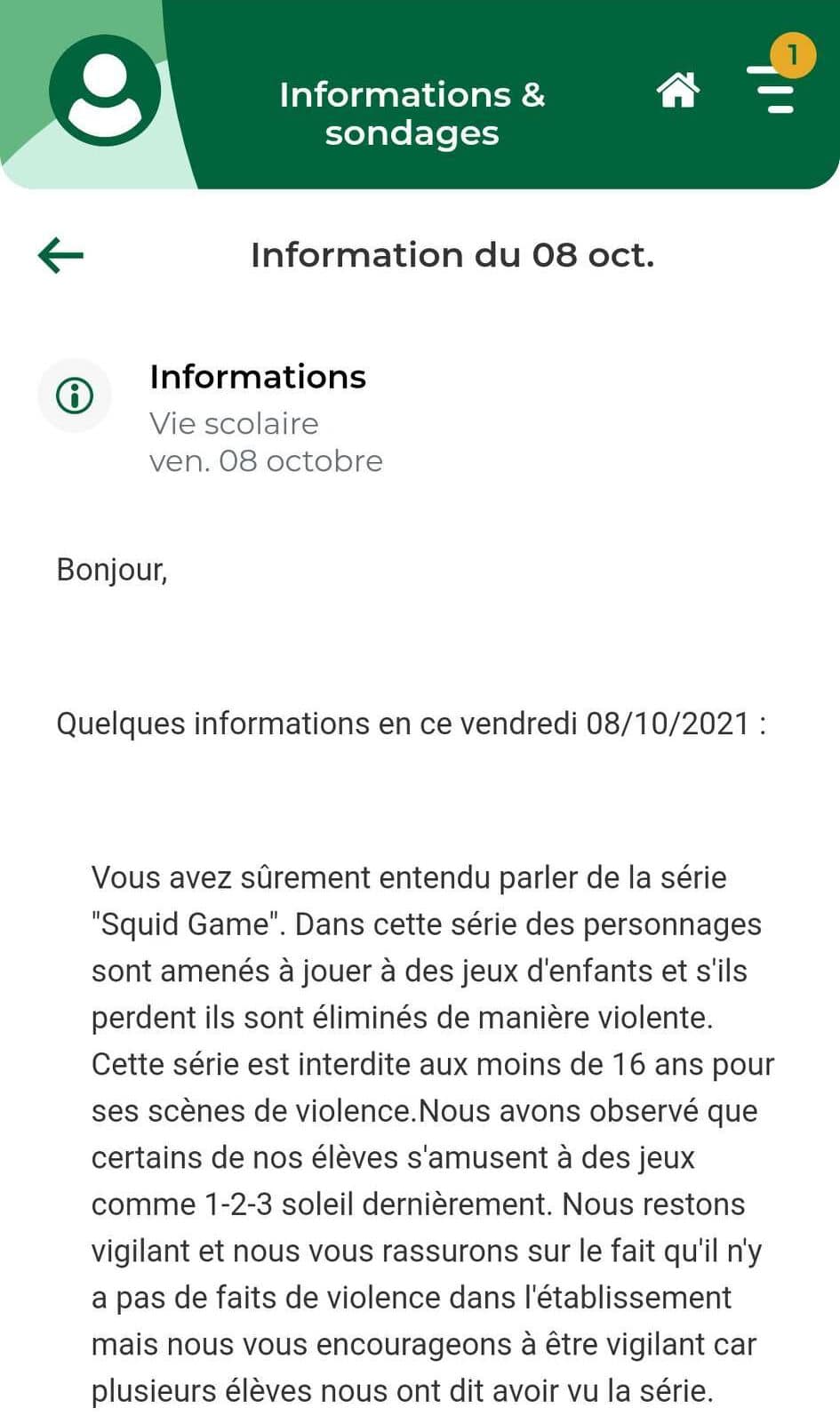