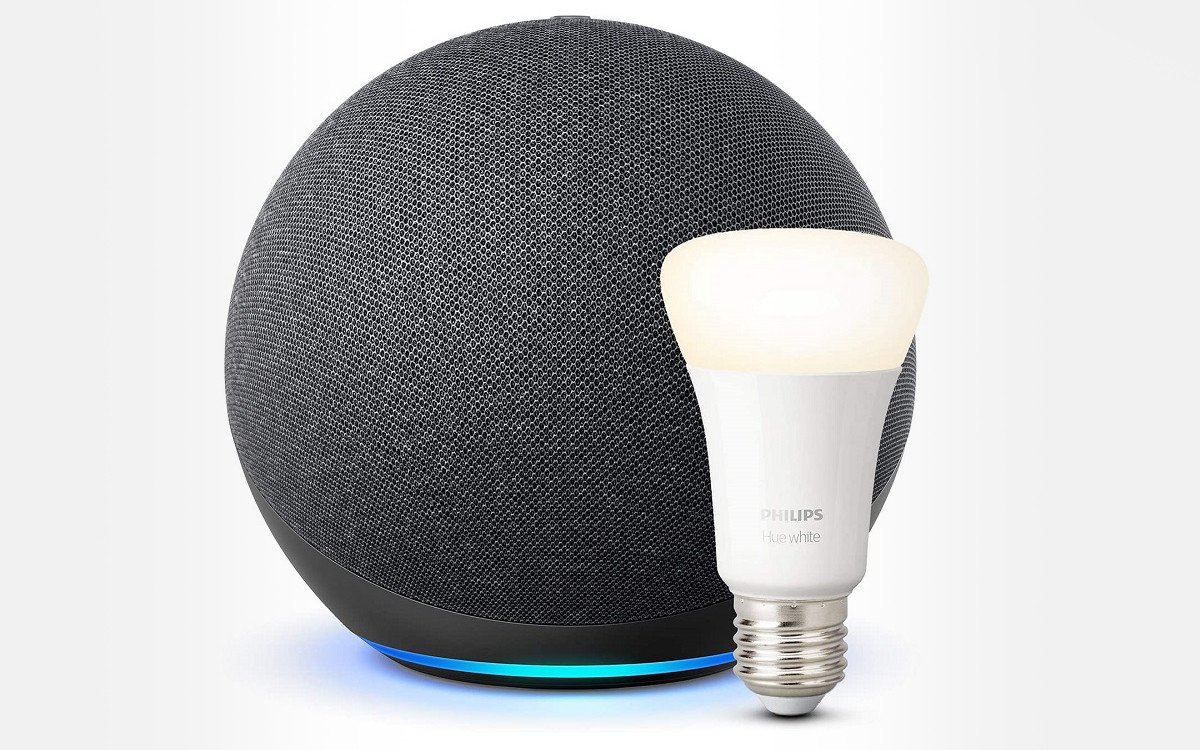 As Christmas approaches, the connected objects from Amazon’s Echo range are offered at reduced prices. It is thus possible to acquire them at prices similar to those we saw during the last edition of Prime Day, or even lower, with in particular the new Echo Dot 4 for the first time at € 29.99. Amazon but also Boulanger are the brands that display these promotions.

If you want to acquire the 3rd generation Echo Dot, know that it is offered cheaper at € 19.99 instead of € 59.99 either a reduction of 67%. This connected speaker is equipped with the Alexa voice assistant. and allows you, among other things, to control your connected devices compatible with voice.

The new connected speaker Echo Dot 4th generation is offered less expensive, at € 29.99 instead of € 59.99 in normal times, i.e. a reduction of € 30. It takes the same features as the 3rd generation Echo Dot with that said, a completely revised design of a spherical shape and no longer a pebble.

Same variation as the standard variant but with a clock allowing you to have a permanent eye on the time, this variant of the 4th generation Echo Dot is inexpensive: € 39.99 instead of € 69.99. It offers the same features found on the Echo Dot 4 without a clock.

Its 5.5-inch screen allows you to have a quick overview of your agenda, your things to do, the weather and traffic information, and cook according to step-by-step recipes. You have two ways to control your connected devices: by simple voice command or by using the screen. For privacy concerns, the Echo Show 5 is equipped with a camera cover and a Micro / Camera button (on / off).

The Echo Show 8 integrates the voice assistant Alexa and embeds a camera and a microphone. Thanks to them, you can make video calls, communicate with loved ones, watch videos, films or series, listen to all types of audio content, or even control your connected home by voice.

Good deals on other connected objects

If you already have devices with Alexa, the Echo Flex Smart Plug gives you the flexibility to use them in more places. The latter also acts as a phone charger thanks to its integrated USB port. It is available at € 14.99 during instead of € 29.99 normally. A reduction of 15 euros which cannot be refused.

Another accessory in the Echo range, Echo Auto sees its price drop to € 34.99 instead of the € 59.99 usually requested. The Echo Auto connects to the Alexa app on your smartphone and uses your car speakers through the AUX input or your smartphone’s Bluetooth connection. For easier fixing in your cabin, it is delivered with a support for the ventilation grid.

Designed for road trips, the latter has 8 microphones with long-range technology, allowing it to hear you even when there is music, when the air conditioning is on and when the road is noisy.

The Amazon Kindle e-reader is a 6-inch e-reader. At the base proposed at 79.99 €, it becomes more affordable thanks to a reduction of 25 € which brings it to 54.99 €. The Kindle has an e-ink screen with a definition of 800 x 600 px (167 dpi resolution) for comfortable reading in all conditions, even in direct sunlight.

It’s the first entry-level Kindle to feature manually adjustable front lighting that features four LEDs for reading even in the dark. The storage capacity is 4 GB, part of which is occupied by the operating system.

There is a little less than 3 GB left to store your content but it is enough to house at least 1,500 electronic books. On a single battery charge, the Amazon Kindle can last up to 4 weeks with WiFi turned off and the brightness set to 13, at 30 minutes of reading per day.

If you have a house with several annexes or a spacious apartment, the Amazon eero mesh WiFi system may be essential to extend the WiFi signal in them. While it is usually offered at € 279, you can have it at € 167.40 or a savings of € 111.60.