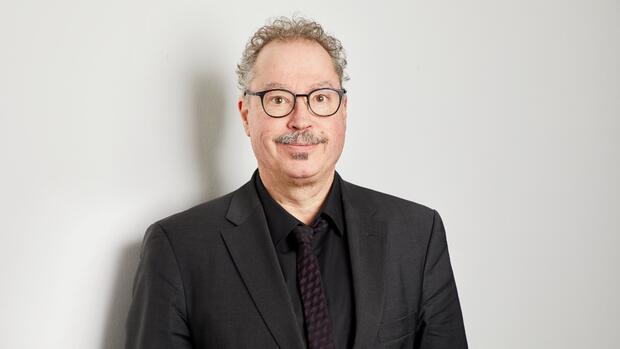 Berlin The State Secretary in the Federal Ministry of Justice and Consumer Protection, Christian Kastrop, has spoken out against an extension of the planned VAT reduction. “For a rapid economic recovery, you need the strong impetus for consumption today. Therefore, extending the measure should not be an issue, ”Kastrop told the Handelsblatt.

Starting in July, the sales tax will be reduced temporarily from 19 to 16 percent for the second half of the year, and the reduced rate from seven to five percent. The measure is to be adopted alongside other central parts of the second Corona stimulus package in a special session of the Bundestag on Monday.

Kastrop expects consumers to prefer larger purchases as a result of the tax cut. “In this way, the relief provides a clear impetus for consumption and strengthens domestic demand.” This in turn would secure jobs and income.

The State Secretary appealed to the companies to pass on the lower VAT rate in full to their customers. The reduction had to reach consumers “as completely as possible”. “The more that happens, the more the measure will be fully effective.”

Mr. Kastrop, for the Bavarian Prime Minister, lowering VAT is the “heart” of the economic stimulus package. He believes that this will put citizens in a buying mood and that the economy will pick up again. Do you believe that too?
Yes, the reduction in VAT of around 20 billion euros makes up the largest part of the economic and future package. The temporary reduction means that consumers also prefer larger purchases. The relief provides a clear impetus for consumption and strengthens domestic demand. This in turn secures jobs and income. After all, consumers are also employees.

DIW calculations show that the expected tax relief of 20 billion euros will get well-paid people much more than low-income earners.
That is correct in absolute terms. But: Basically, households with low incomes that spend significantly more on consumption pay a proportionately much higher amount of VAT – the tax has a regressive effect, especially on small incomes. These households in particular benefit from a reduction. Overall, the DIW’s calculations show that the lower half of the population would also be relieved of the burden of income distribution – provided that the lower VAT rate is passed on in full. It is therefore important that the relief is fully passed on to consumers.

This is exactly what the head of the Federation of German Consumer Centers, Klaus Müller, does not believe. He fears that not all companies will pass on the full reduction in VAT to their customers.
Mr. Müller raised an important point. The reduction in VAT must be received as completely as possible by consumers. The more this happens, the more the measure is fully effective.

What makes you so optimistic?
In the UK, a drop in VAT after the financial crisis passed on around 75 percent of the relief to citizens. And many companies and industries in Germany are already announcing that they want to pass on VAT almost entirely to consumers. Incidentally, it appears with hygiene articles for women, as the price development of the past months shows, to work with the passing on of the lower VAT to customers in early 2020.

But it can also happen differently with the VAT reduction.
Of course, nobody can rule out the possibility that some businesses and industries, such as gastronomy and tourism, which have been particularly hard hit by the lockdown, will retain part of the relief. If this is proven to secure jobs at least, you can understand that. In any case, from a consumer policy perspective, we will monitor the development of prices very closely. The initiative of the so-called “market guardians” of the consumer advice centers can also make a contribution here.

“The economic stimulus package is also effective in the long term”

There was also criticism that the reduction in VAT could mean a relatively high level of bureaucratic effort on the company side. Wouldn’t it have made more sense to lower the tax for a longer period of time?
First of all, the federal government decided on a regulation that enables consumers to implement the measure via invoice discounts at the checkout as unbureaucratically as possible. There is no need for time-consuming changes to the price.

So no extension of the measure?
In the interests of both consumers and employees, the following also applies: we want the economy to recover as quickly as possible, so that the economy takes a “V” shape – no long-lasting crisis with a very late return to growth, which means a “U “Forum would correspond. For this reason, the economic stimulus package should have a targeted and temporary effect in order to now flank the recovery of the economy and to accelerate the catch-up process.

But if the desired effect does not materialize, shouldn’t one seriously consider extending the validity of the VAT reduction?
A strong economic stimulus is needed for a quick economic recovery. Therefore, an extension of the measure should not be an issue. The most important thing now is that a second wave of the pandemic is absolutely prevented.

Is the stimulus package helpful in this case too?
The stimulus package is also effective in the long term. Economic and ecological sustainability is becoming increasingly important for many consumers. The economic stimulus program therefore contains measures that will have a medium and long-term effect, in contrast to the reduction in value-added tax, including more public investments that will also contribute to digitalization and ecological transformation.

The consumer advocate Müller believes that in order to relieve the burden on citizens, it would have been better to reduce the levy under the Renewable Energy Sources Act (EEG) and thus the electricity prices.
I believe that the mix of the federal government’s stimulus package is absolutely coherent from a consumer policy perspective. Lowering electricity prices for consumers and for companies is an important part of the federal government’s program.

Are there any other advantages?
In addition, only the lowering of electricity prices would have a much smaller positive effect than the lowering of VAT, especially for the now particularly threatened companies and industries. Incidentally, the children’s bonus is also a central component of our program, but the following also applies here: Consumers can save the bonus, especially if the future is still uncertain. This would dissipate the growth impulse and with it the positive effect on the job situation. That is why we also need the VAT reduction.

The coalition recently capped the EEG surcharge at 6.5 cents per kilowatt hour. An average household will save about ten euros in electricity costs next year, the consumer advocates estimate. An economic stimulus is hardly expected, right?
In our estimation, the EEG surcharge would have risen to nine to ten cents per kilowatt hour due to the crisis because the price of electricity on the exchange has plummeted. That is significantly higher than the values ​​from recent years. The capping that has been agreed thus provides considerable relief for consumers and the economy in comparison to the expected increase due to the crisis. From a financial point of view, the EEG surcharge makes up a large part of the total package: The financial requirement for the reduction of the EEG surcharge is eleven billion euros for the years 2021 and 2022 and thus in second place on the “discharge list”.

With regard to the desired impetus for consumption, consumer advocates also complain that many consumers still have to wait for the reimbursement of their advance payments, for example for canceled trips. How do you assess the situation?
Many travel companies face bankruptcy if they have to repay their customers’ advance payments very quickly. In the current exceptional situation, we have to find a reasonable balance between people’s interest in reimbursement of their advance payments and the existential needs of the travel industry. Nobody is served if all affected travelers want to get their deposit back and the travel companies consequently go bankrupt. It’s also about jobs, and then nobody would get his money back in the end.

Is it acceptable that, for example, Lufthansa does not refund canceled tickets in the legally prescribed time?
According to the EU Passenger Rights Regulation, passengers are entitled to a claim for reimbursement within seven days if flights have to be canceled due to the crisis. However, the regulation focused on individual cases and not on the collapse of an entire market. Due to the large number of claims made and the crisis-related restrictions on companies, airlines currently require more time than specified by the EU Passenger Rights Regulation. However, we will look very closely at how the airlines behave – whether, how and when they meet their obligations.

Should repayment of customer funds become a condition for any government aid to airlines?
No, you shouldn’t ask for a flat rate in this exceptional situation. Because the liquidity problems of the airlines are also based on the reimbursement claims that are due to passengers due to the flights canceled due to the crisis under the Passenger Rights Regulation and which are now being claimed in large numbers. State aid is used to maintain the liquidity of air carriers.

Mr. Kastrop, thank you very much for the interview.