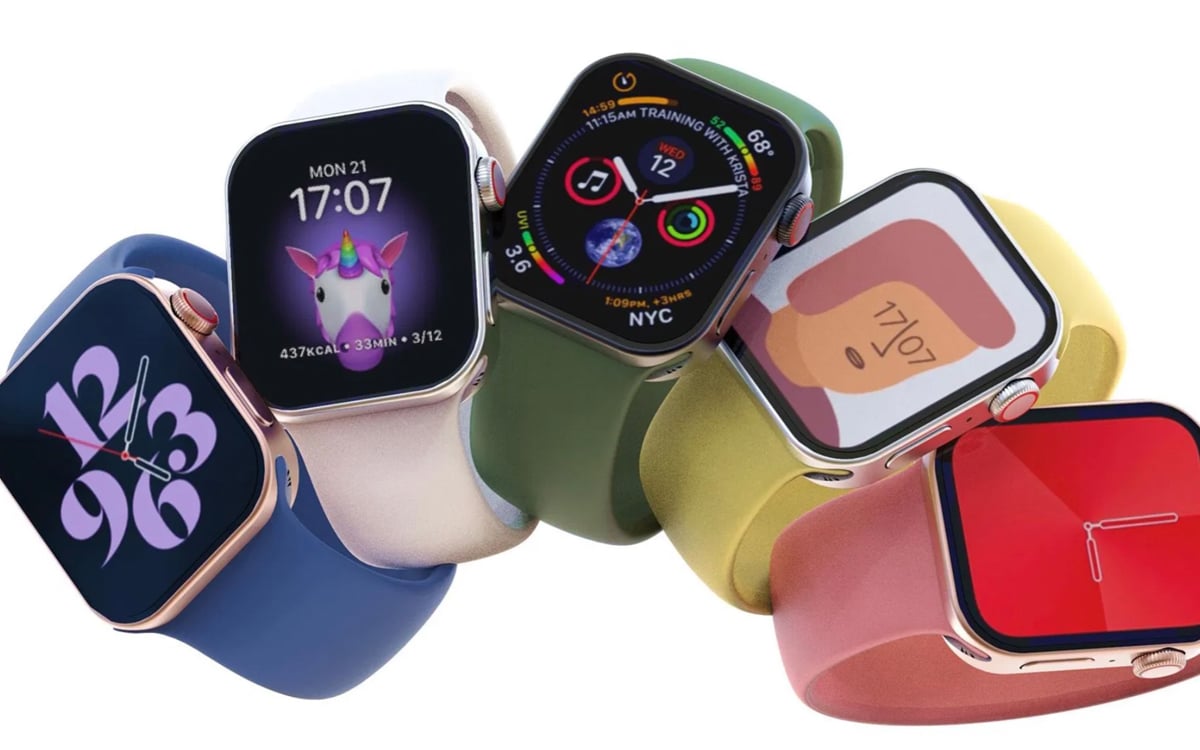 Bloomberg gives some info on future Apple Watch. We learn in particular that the Apple Watch Series 7 will not have a glucose sensor – the novelties will essentially be a new processor, a new screen and a new design.

Will the Apple Watch Series 7 be the slap the industry has been waiting for? Not so fast, Bloomberg retorts. The newspaper details in an article the latest information they have come across on the next connected watches of the firm.

The first info is rather a disappointment. While we have been teasing for months the arrival of a glucose sensor on the Series 7, Bloomberg says that “This sensor is not expected to be ready for commercial launch for several years”.

Apple Watch Series 7 will not offer a glucose sensor

This sensor was supposed to make it possible to continuously collect data on the level of glucose in the blood without the slightest invasive action. The analysis of blood sugar would be done via an optical device according to various documents that had already surfaced.

We also learn that Apple initially planned to integrate a temperature sensor into the Series 7 before giving it up for some unknown reason. This sensor would not be integrated, according to the newspaper, before 2022.

We understand that the glucose sensor will not arrive in the connected watches of the firm before 2022 or 2023 at the earliest. The Apple Watch Series 7 will therefore be a much softer update than one might expect.

De facto, the most visible novelty will be a new design. Overall, the watch will be imperceptibly thicker. The edges of the screen will shrink thanks to a new lamination technology.

In addition, the Apple Watch Series 7 will have an Ultra WideBand (UWB) chip, like the iPhone 11 and 12. This component should allow Apple Watch better compatibility with AirTags, with in particular, we hope, the possibility of launching the search for AirTags in precise location mode as on iPhone.

Conversely, it should be possible to find the Apple Watch Series 7 under the same conditions as the AirTags, Accurate location included. The watch should carry a new chip more powerful than the current generation.

This watch can be expected to be sold directly under watchOS 8. This should give it new features, such as the ability to serve as hotel room keys. But the info doesn’t stop there: Bloomberg also talks about two more variants, a beefed up model for extreme sports as well as a new Apple Watch SE.

The reinforced model is described by internal sources cited by Bloomberg as a “Explorers” or “Adventurers” edition. Apple was supposed to launch it this year at the same time as Series 7, but it appears, according to Bloomberg, that its release has finally been postponed until 2022.

Apple is also expected to launch an Apple Watch SE and a new beefed up Apple Watch.

As for the Apple Watch SE model, there is little information at this point. Traditionally, Apple Watch SEs are cheaper editions with fewer options and a little less powerful than the most updated model.

The reinforced model should allow the Apple Watch to seduce a new audience. Current models are particularly sensitive to scratches, whether on the aluminum casing or on the screen glass.

So the reflex is rather to remove the watch when you know that you are going to carry out an activity conducive to damaging it. The Apple Watch remains the market leader for connected watches, but alternatives are starting to appear, especially when they meet a specific need such as resistance.

Still, you have to take this information with a grain of salt, according to the newspaper itself. An Apple source cited in the Bloomberg paper claims that “The company’s plans remain fluid and can change at any time”. Apple has already accustomed us to a few surprises, so it wouldn’t be a first.

However, if all this information is confirmed, we will have to wait another year before discovering real major new features in the Apple Watch. Are you waiting for the arrival of the glucose sensor to buy or change Apple Watch? Share your feedback in the comments.