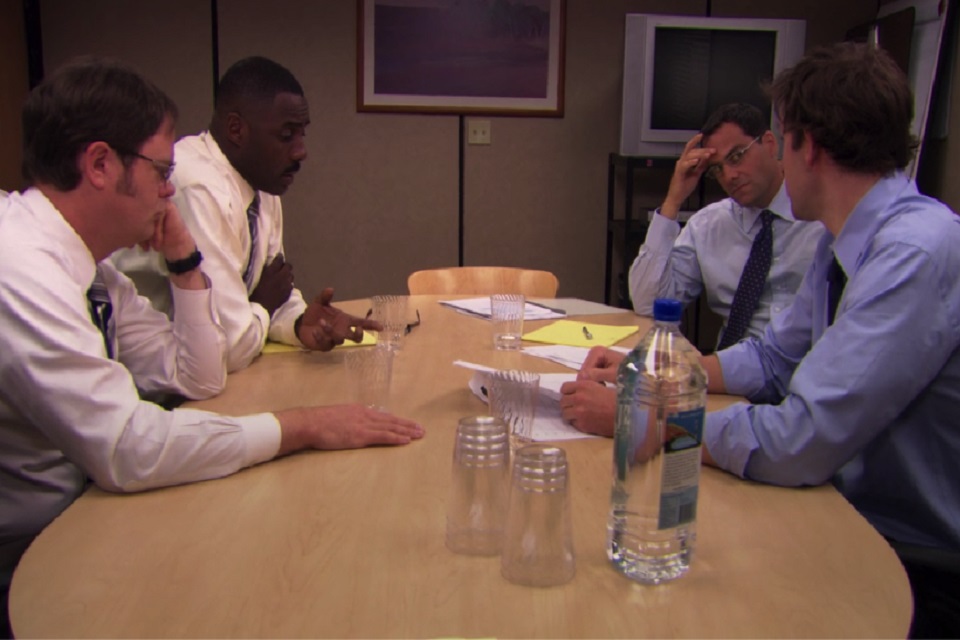 The Office captivated the audience throughout its nine seasons due to a great charisma of the characters and quite unexpected comic situations. The routine of an office was explored in several nuances, including the notorious meetings between employees.

In this way, our list presents some of the strangest, most hilarious and inappropriate moments presented in the series during these work meetings that provided viewers with a good laugh.

During season 7, Michael (Steve Carell) and Holly (Amy Ryan) were finally dating and demonstrated, at all times, how they lived together. Obviously, this exaggeration made the other characters very uncomfortable. A meeting was called to solve the problem and the result was very impressive. 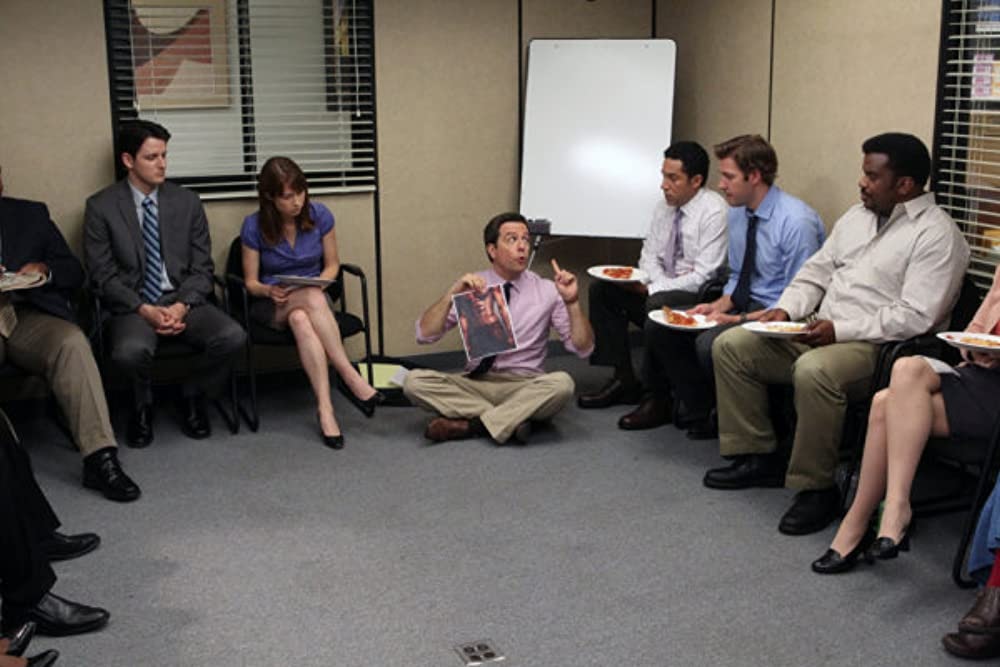 After Michael realizes he has a cold sore on his lips, many in the office believe he has herpes. To soften the gossip that was spreading, Andy (Ed Helms) holds a meeting with the theme of sex education. Despite its good intentions, the meeting ends up being quite embarrassing on several levels. 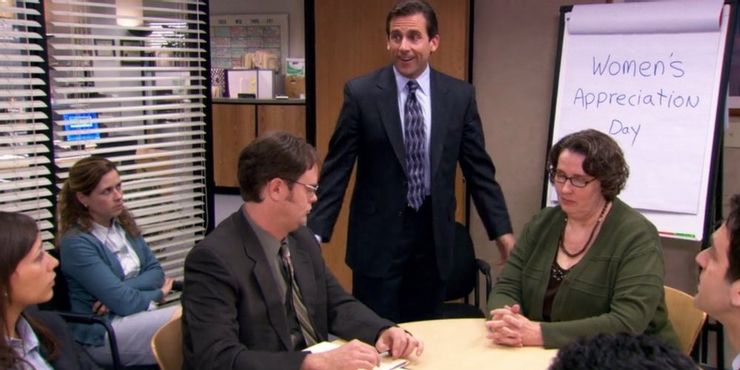 One of the most interesting episodes seen in Season 3 shows how Phyllis’ (Phyllis Smith) issues could impact the conduct of everyone in the office. Thus, Michael and Dwight (Rainn Wilson) hold a meeting to make women feel safer, proposing several somewhat bizarre alternatives for this. 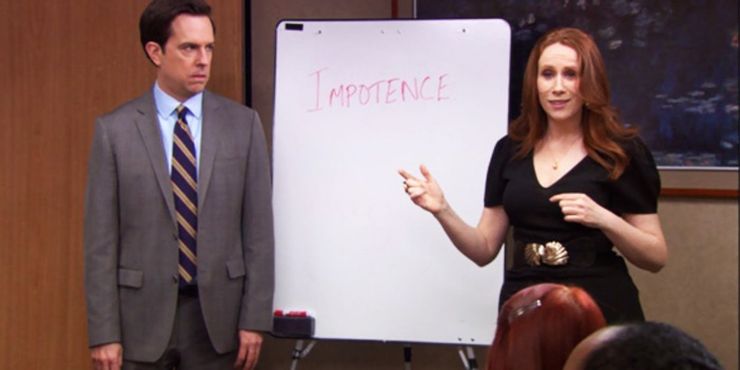 Season 8 brought a number of changes for Andy, who, on returning from his vacation, finds Nellie (Catherine Tate) taking over. After several discussions, a rumor arises that Andy would be impotent and Nellie tries to do something to calm the mood by creating a meeting in which she talks about impotence. 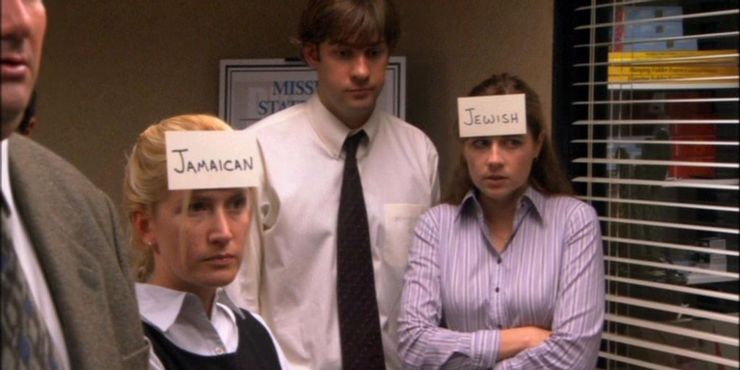 One of the first meetings presented in the series shows the characters being visited by a speaker who decides to speak to everyone about the importance of diversity. However, Michael gets angry and decides to hold his own meeting on the topic, using various stereotypes and racial slurs as a means of learning about different cultures. Something very uncomfortable for everyone who was present. 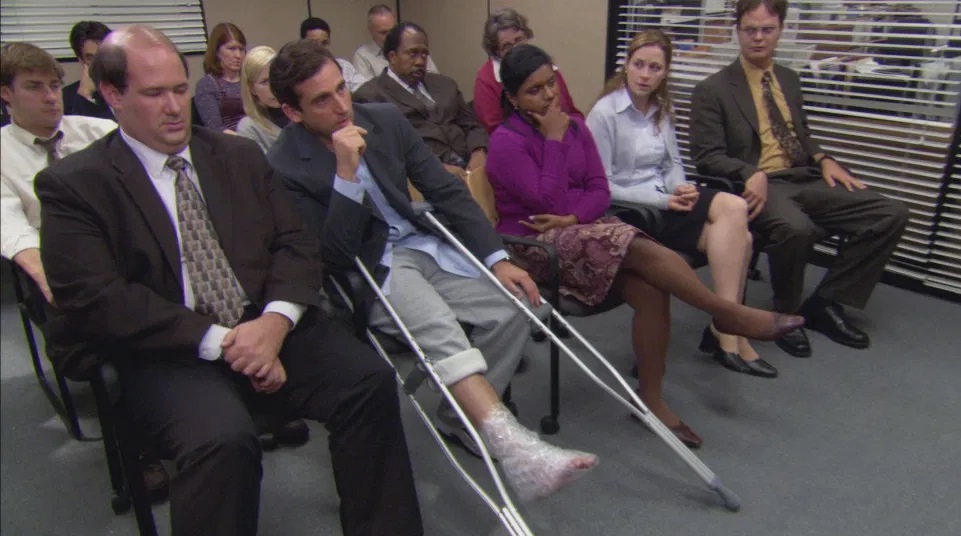 Throughout the 2nd season of The Office, viewers saw many absurd things happen in the office. In one episode, Michael is injured because he burned his foot. Because of this, he expected everyone to take care of him, which was not the case.

Thus, he ends up calling a meeting to make everyone think better of his actions and talking about empathy in a completely distorted way. 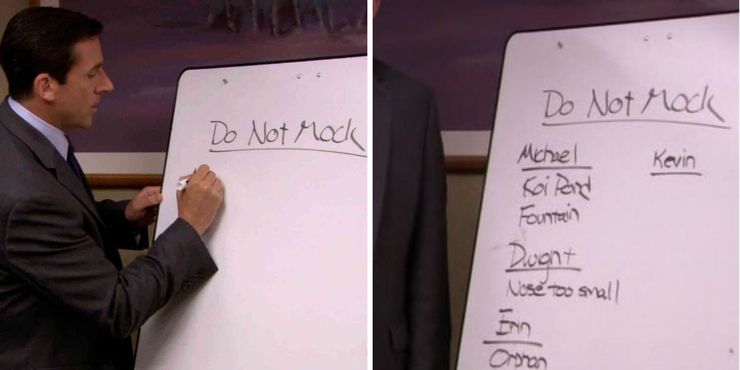 In an episode of season 6, Michael fell into a koi pond during a sales visit with Jim (John Krasinski). And later on, everyone finds out that Jim made no effort to help him. After several comments about the situation, Michael calls a meeting to talk about things that people couldn’t talk about during office hours.

3. Out of the closet 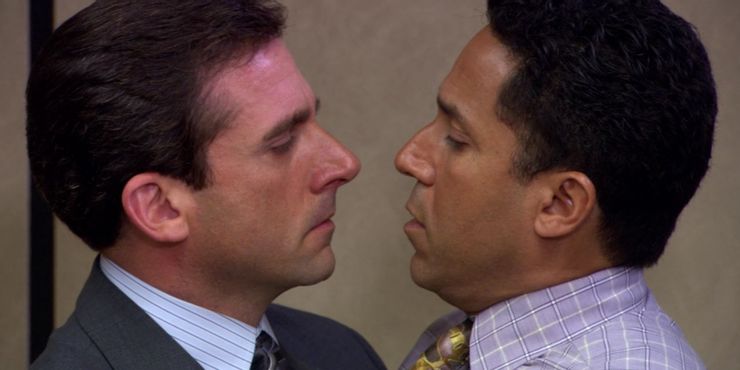 In the episode “Gay Witch Hunt”, in this episode, Michael discovers that Oscar (Oscar Nunez) is gay and takes him out of the closet for everyone in the office without his consent. In this situation, the boss ends up having a meeting on the topic, leaving everyone extremely embarrassed by the boy’s revealed sexuality. 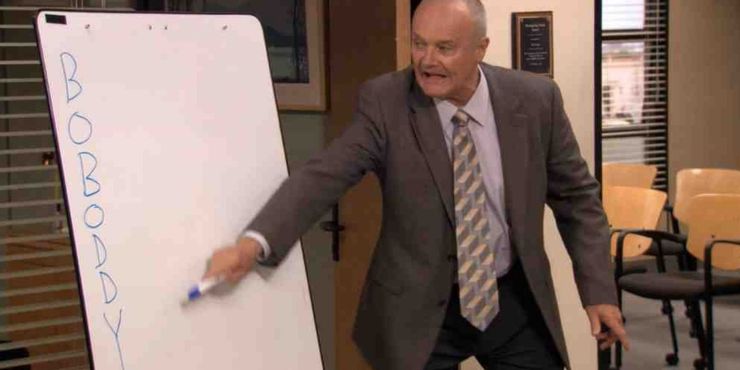 At the end of season 7, Dunder Mifflin is looking for a new regional manager for the Scranton branch after Deangelo (Will Ferrell) and Dwight proved unsuitable for the job. Thus, Jo (Kathy Bates) ends up choosing Creed (Creed Bratton) as interim regional manager. However, Creed’s meetings show that he didn’t even know what he was doing at work.

To form his team, the character ends up not even telling his colleagues about the meeting he was going to do. 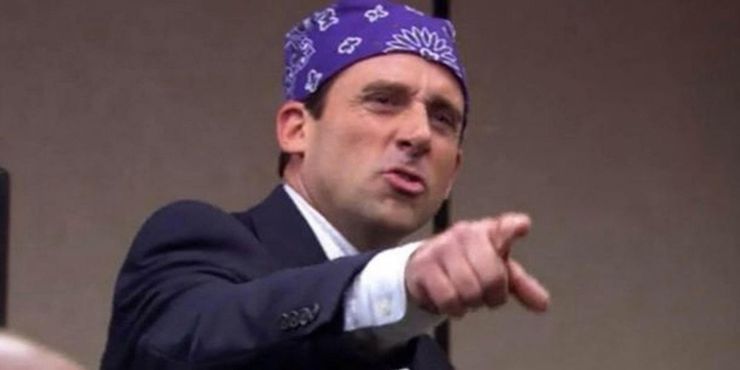 To finish the list, we could not leave out what is one of the strangest and most uncomfortable moments of The Office. In season 3, after the Stamford branch merges with the Scranton branch, the characters discover that a former inmate was working with them.

However, Michael ends up calling all the employees to a meeting at which he intends to show how the prison can be a terrifying place and that it could provide several “bad” tools for those who pass through it.