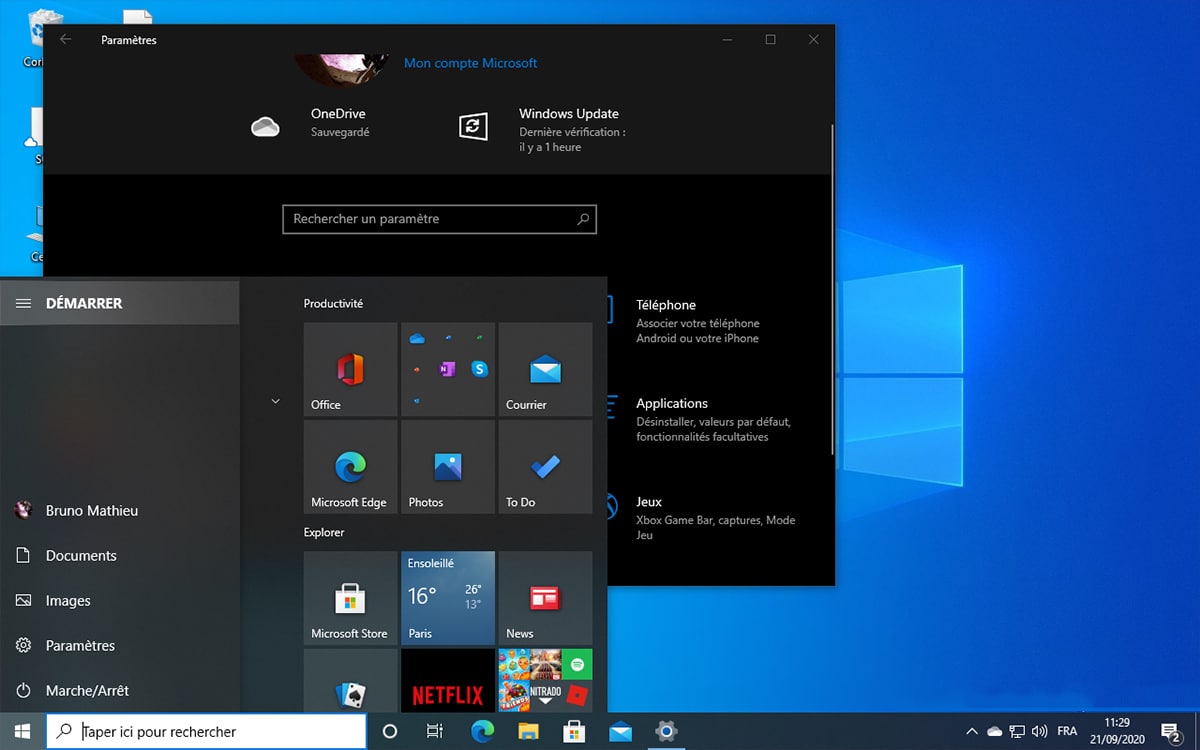 The Windows 10 October 2020 Update is already here. If you want to download it before everyone else, here’s how to do it.

Microsoft has just announced that the build 19042.508 (KB4571756) Windows 10, and intended for users of the Windows Insider program, is actually the October 2020 update which will soon be disseminated to the general public and businesses. Broadcast for the moment via the channel Release Preview, this new edition of Windows 10 brings some relevant new features, starting with a revamped Start menu that we have been talking about for months already.

Officially titled October 2020 Update, Windows 10 version 20H2 is already available. While officially build 19042.508 is mostly a security update, it is actually one of the two most important updates to Windows 10 for this year. Admittedly, last May’s update remains the more consistent of the two, but the 20H2 still offers some interesting new features. The Start menu has undergone a small facelift (icons are no longer displayed on a colored tile).

We’ve known it for a while now, the Settings module is intended to replace the Control Panel (for the general public, at least). Rather than choosing the latter, more and more adjustment tools use the Parameters module, as this new edition of Windows 10 proves.

While many fixes are also required, Microsoft also promises with this new build an update that is easier and faster to download. If you have already installed the May 2020 update, download should take less than 400MB. 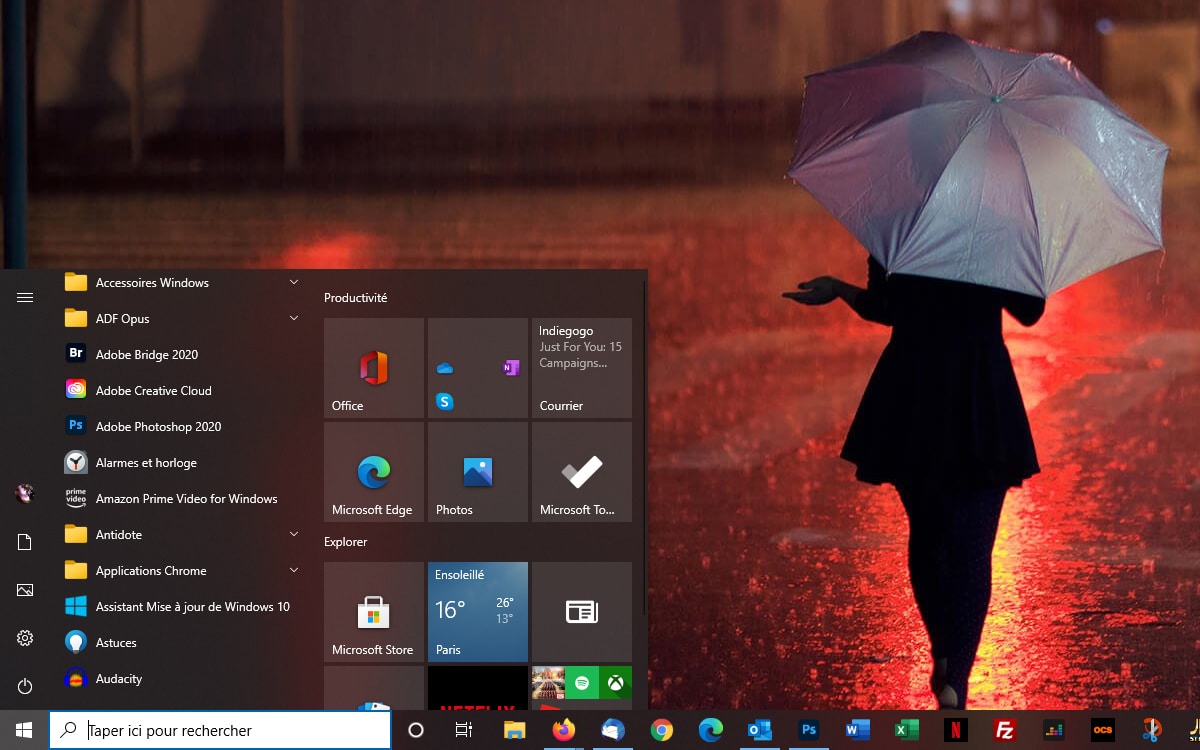 Although the next big update for Windows 10 won’t be released until next October, it is already possible to download it in preview. But first of all, let’s remember that this new version of Windows 10 is not completely finalized. Microsoft can still make a few more changes to it by October, but the fact that it’s going on the Release Preview channel indicates that if there are any fixes, they should be minor.

Additionally, this edition is theoretically more stable than the versions released through the Dev channel. We installed it on 4 editorial workstations and did not notice the slightest problem. On the other hand, if you want to avoid the slightest hassle on your daily work machine, it might be better to install it on a second partition of your computer, or on a PC that you do not use occasionally. Rest assured, the finalized October update shouldn’t be long anyway.

If you’re already part of the Windows Insider program, you don’t have much to do except make sure you’ve selected the Release Preview Channel. To do this, proceed as follows: 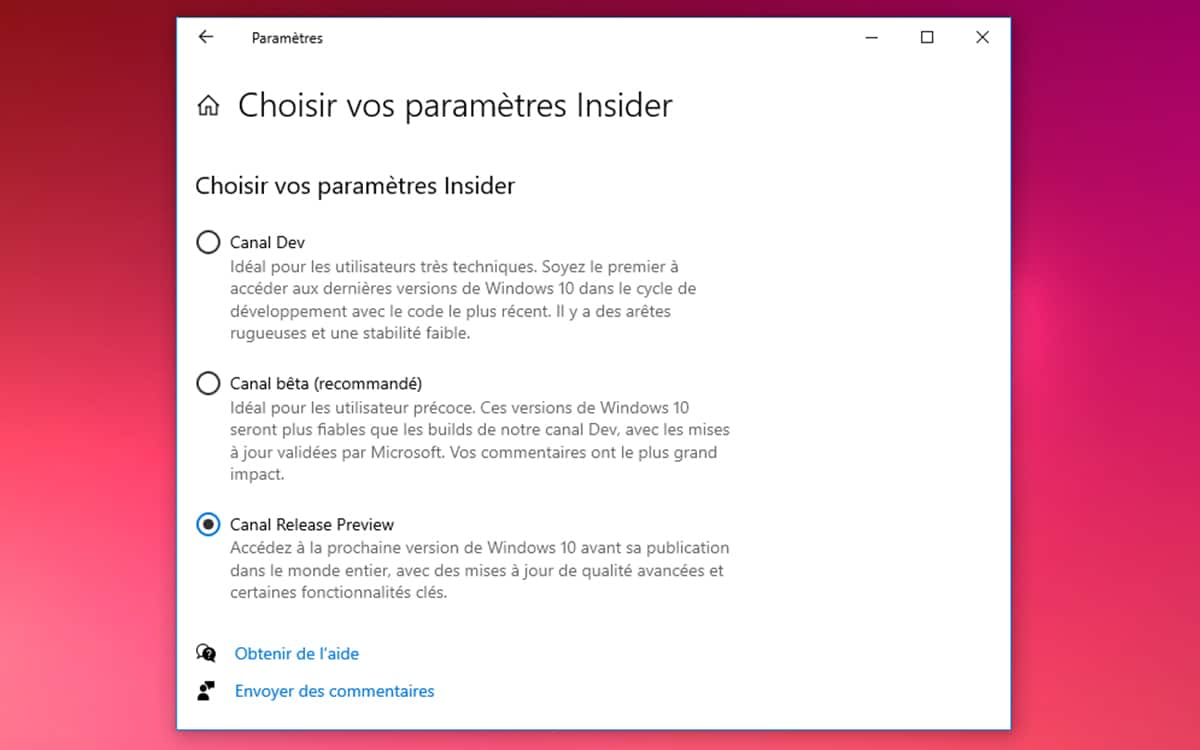 If you haven’t signed up for Windows Insider yet, here’s how to do it: 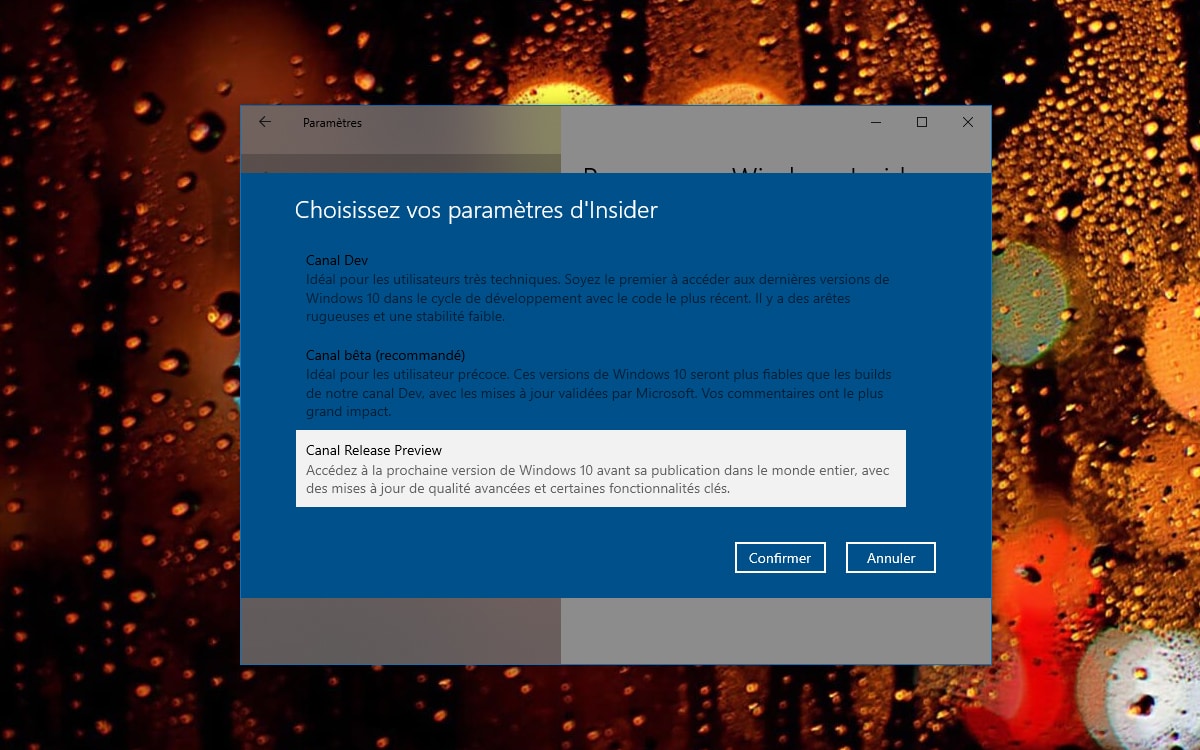