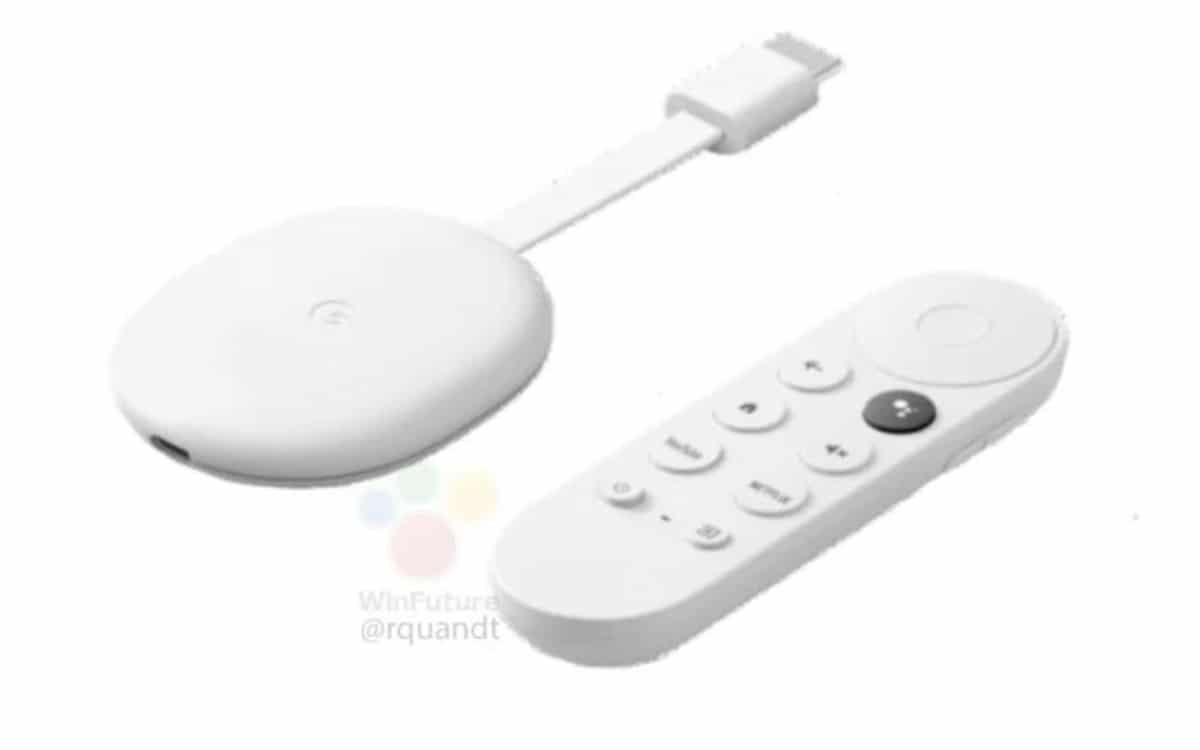 While Google is expected to announce it next week, Google’s new Chromecast, codenamed “Sabrina”, is already revealed through a handful of photos and a more comprehensive spec sheet than ever before. The opportunity to discover the final design and the remote control of the beast.

Next week, Google is hosting a webcast to find out about all of its new hardware. The precise date is September 30, a date that was formalized by Google last week. It will start at 8 p.m. (French time) and we will of course follow it to tell you in detail all that is important to remember. Logically, the firm will present two new smartphones, the Pixel 5 and Pixel 4a 5G, and two connected accessories for the home.

The first of these accessories is the Google Nest, replacing the Google Home and Nest Hub. The second is the “Chromecast with Google TV”, previously called by its internal nickname “Sabrina”. This is a project we have been hearing about since last spring. The Chromecast with Google TV will be the first Google Chromecast to embed a full version of Google TV (formerly Android TV), the operating system for SmartTVs. Previous leaks claimed it would be equipped with a platform similar to the Freebox Pop Player.

A new leak reveals some additional information. This leak comes from our colleague Roland Quandt, journalist for the German magazine Winfuture. He posted a full article presenting (or covering) everything there is to know about the product. The photo accompanying this article comes from this publication. You will find the dongle there of course, but also the remote control that will accompany it. These visuals are accompanied by technical elements. We will come back to all these elements. 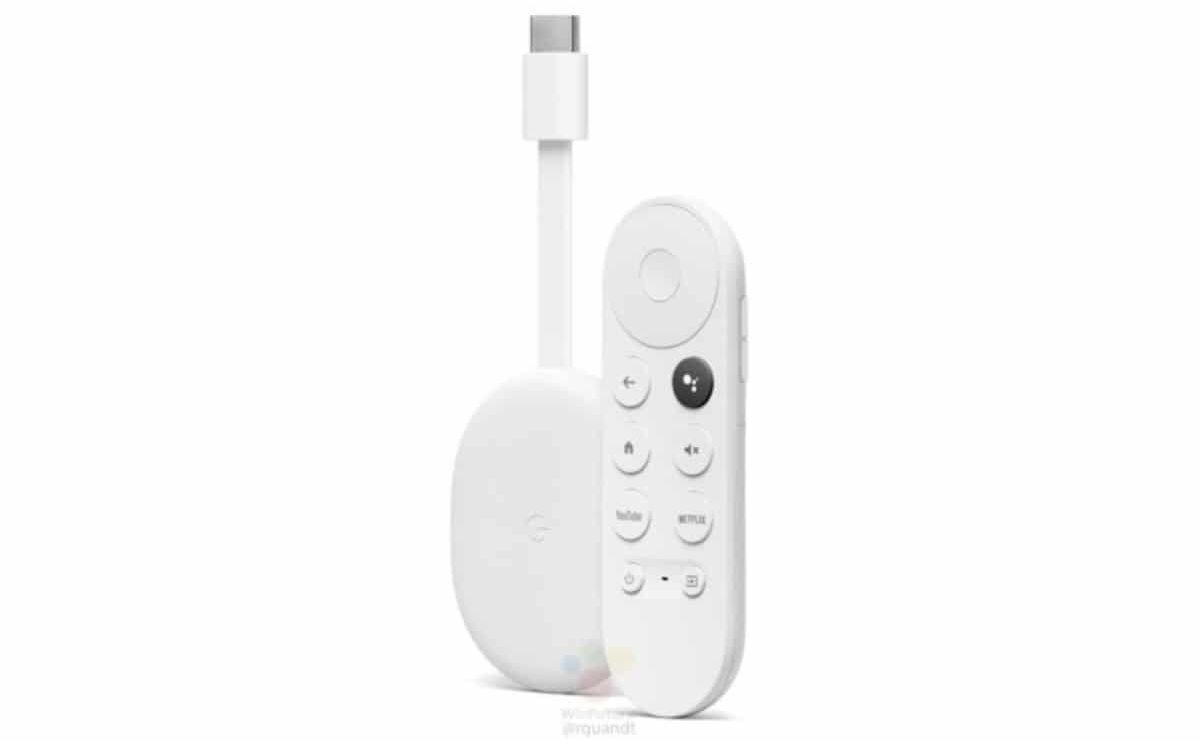 Let’s start with the exterior aspect. The Chromecast takes the design of the Chromecast Ultra: a small ovoid box with an HDMI cable coming out of it. A USB port (here Type-C) to power the system. The system is accompanied this year by a remote control that plays the card of simplicity. A circular directional “cross”, to explore the Android TV system. In the center of the cross, a validation button. A return key and a “Home” key to complete the navigation elements. A button dedicated to Assistant. An integrated microphone. And of course, buttons to turn on the box and mute the sound.

Some funny little details. The volume controls are deported to the side of the remote, like on a smartphone. And two dedicated buttons for YouTube and Netflix are integrated, even if Netflix is ​​theoretically a “competitor” of Google in the field of video streaming. This is certainly a partnership of the same type as the one signed by Free to integrate the Netflix and Prime Video buttons into the Freebox Pop remote control.

Let’s go inside the case. According to Roland Quandt, the Chromecast with Google TV is equipped with the quad-core processor Amlogic S905X2 (already mentioned above), 2 GB of RAM and a ” little bit of internal storage “. This means that you can install applications and, theoretically, games and emulators. Of course, that will all depend on the space provided by Google. We advise you to read our Freebox Pop test for more details on the capabilities of this platform.

The set is expected to sell for below $ 100. Some even claim that the dongle could be marketed around 60 euros, which would make it an excellent solution to transform a television into a modern SmartTV inexpensively. Especially for those who do not have an ADSL / Fiber optic box running Android TV (such as Freebox Mini 4K or Pop) or an Android TV box (such as the Shield TV from Nvidia). Many questions have not yet been answered: internal storage volume, wireless connectivity, compatibility with Bluetooth accessories, etc. However, there are only 9 days left before you know everything about this product.