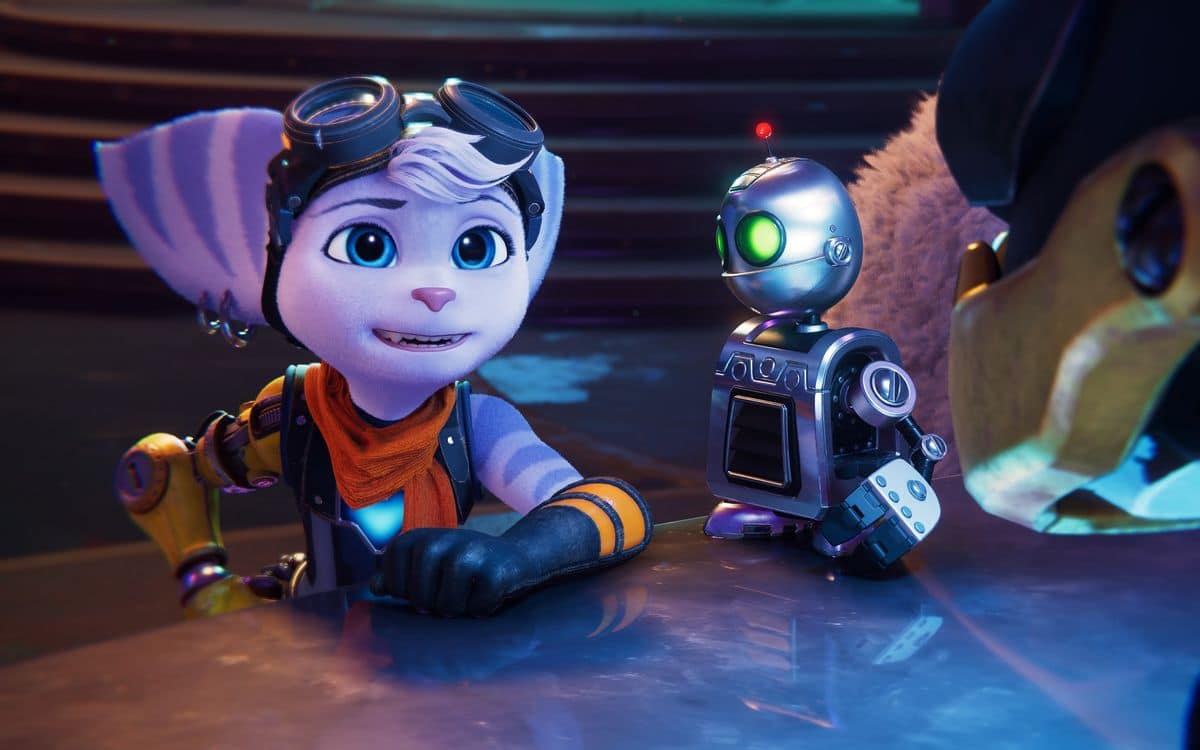 Ratchet and Clank makes its comeback with an episode called Rift Apart on PS5. A true demonstration of the technical capabilities of Sony’s new console, this opus does not forget to be an excellent video game.

The PS5 has been out for more than six months now and already has a few big games, like Resident Evil 8. But the exclusives are not legion. We can for example quote Demon’s Souls or Returnal. However, the latter, as good as they are, are above all reserved for a demanding public in search of difficulty. Ratchet and Clank Rift Apart wants offer a more accessible experience, while promising a visual slap and deep gameplay.

Sony has distilled the information in dribbles on this game. At the beginning a little left out, it took more and more place in the manufacturer’s communication, in particular by benefiting from its dedicated State of Play. For good reason, since Rift Apart actually has all the cards in hand to become one of the emblems the early life of the PS5.

Does this new episode of the saga that began in 2002 keep all these promises? This is what we will see.

Ratchet and Clank Rift Apart, a game accessible to all

Ratchet and Clank Rift Apart follows the 2016 reboot (available on PS4 and PS5), but actually tells a self-sufficient story. It is therefore quite conceivable to discover the series with this component.

It all started when Ratchet and Clank were invited to participate in a parade in their honor. During the parade, the terrible Doctor Nefarious comes to play the spoilsport and steals the dimensionator, an invention of Clank which allows to travel between parallel worlds. In the ensuing fight, the object is destroyed, the boundaries between the different dimensions crumble, and the two cronies are sent into a universe where Nefarious reigns supreme. It’s up to them to find a way to get home by kicking the bad guy’s ass in the process. A pretext scenario, but which has the merit of being followed without displeasure and to offer a nice gallery of characters. 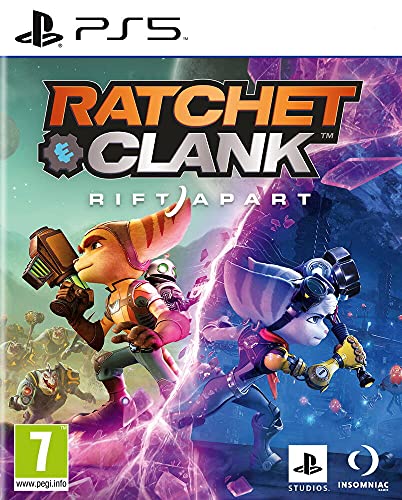 The first thing that strikes you when you first launch Rift Apart is its graphics. Helped by careful artistic direction, the game is a big technical slap, a real example to follow. We would even venture to say that this is one of the most beautiful titles currently on the market: ultra-detailed sets, lighting effects, depth of field, textures of furs, rocks, metal … Every moment is A feast for the eyes. All the explorable planets are to die for, in addition to each offering its own personality. Special mention to Blizar I, one of the most magnificent environments we have seen in our life as a player. The animations are also done with care. Each character model is full of details and we take pleasure in dissecting their movements thanks to the integrated photo mode.

Rift Apart is of course ray-tracing compatible, light reflecting technology that entered the world of consoles with this generation. While not necessarily essential, it reinforces the visual beauty of the title. This can be seen in Nefarious City, the second environment of the adventure which gives pride of place to night scenes and reflections.

It should be noted that we tested Rift Apart in graphic mode Loyalty, but that it also has a Performance and RT performance. The former cranks up the game to 60 frames per second in 4K, but disables ray-tracing, while the latter combines the best of both worlds with 60 FPS frames with ray-tracing enabled, but offering 1080p resolution. The mode Loyalty keeps all its promises by adopting a framerate of 30 frames per second in 4K. In battle, enemies can multiply and the awesome effects saturate the screen. Even in clashes where particle effects are rife, Rift Apart remains stable under all circumstances. Real voodoo magic. The other two modes also hold the course of 60 frames per second without flinching. It’s up to you to choose what suits you best.

Finally, on the technical side, let’s salute the performance of the console’s SSD. It’s very simple, there is no loading time in the adventure. We’ve seen it in the State of Play before, but the transition from one world to another via portals is natural and impresses every time with controller in hand. A real technological feat which is not the only one. It’s impossible not to be amazed at these planets on several planes of existence that change dramatically with just tapping a crystal, and without loading time or even animation to camouflage a possible “loading”.

In technical terms, Rift Apart is a real milestone in the young history of the PS5, an example to follow for other studios. The term visual slap is not usurped here. Granted, we’ve had some on the console before, led by Demon’s Souls, but we feel we’re taking it to the next level here again. We really feel like we’re in a Pixar or Dreamworks movie. It promises for the future. On top of that, Ratchet and Clank Rift Apart does not forget to be a great video game.

Rift Appart, a blockbuster for all players

Ratchet and Clank Rift Apart does not renew the formula of the saga, but sublimates it with grace. If you know the series, you won’t be lost. Here we are faced with a nervous action platform title that strings together exceptional moments. We never feel like we’re doing the same thing as the hour before. Parts of “lemmings”, phases of tower defenses, chase, fighting, climbing … all these sequences follow one another without downtime, each time providing new gameplay elements. Rare are the games that constantly manage to renew themselves, to surprise even after long hours of browsing them. The Ratchet series is renowned for this fact, and Rift Apart reinforces this aspect.

Each planet offers its mechanics, its history, its own codes. More so, these mostly semi-open worlds rarely fall into repetition and afford the luxury of being rich in content without however overwhelming us with too many and repetitive side quests. There’s no escaping the collectibles to collect or the secrets to find through exploration, but everything is carefully balanced.

The icing on the cake, it is the progression system that never stalls until the final credits. Whether at the helm of Ratchet or Rivet, his lombax alter-ego, the player constantly sees his arsenal being renewed. Each weapon offers its own little mechanics that enrich ultra-nervous combat as the adventure progresses. We’re not at the level of a DOOM Eternal, but we’re clearly pointing in the same direction.

The fights, precisely, do not lack punch and once again, the situations are varied enough that we never get bored. Focusing on simplicity, they constantly encourage changes in the way we approach enemies and the way we move. Well calibrated and never frustrating, they do not shine with their originality, but are generally very well mastered by Insomniac Games. Note, however, that too many screen effects can sometimes make them messy. It is not uncommon to shoot blind hoping to hit something because the explosions make the image briefly unreadable (the Smash Bros. effect). This is particularly noticeable in boss fights, which feature spectacular staging as well as a large number of enemies that leap on your fur, but overall it’s never really penalizing.

We could still make a few complaints about this Rift Apart, like bonuses that do not really encourage us to look for them (the hidden armors are all awful) or even peaks of difficulty in the “pocket dimensions”, these worlds to share focused on the platform. These phases sometimes lacking in precision and then we find ourselves in a vacuum because of a poorly gauged jump. We also regret the unsightly presence of invisible walls as soon as we start to stray a bit from the path marked out by the developers.

We also cannot recommend too much to play directly in difficult mode for experienced gamers, normal mode being a walk in the park if you’ve ever dabbled in an action game. It is also impossible not to evoke a scenario that is certainly pleasant, but which looks more like a story as a pretext for strolling through the galaxy than a real space epic. Too bad, since it is still served by good writing on the character level, especially Rivet, which you will spend half of your time controlling. Its gameplay, similar to that of Ratchet, might also have deserved to stand out.

Finally, and this may be due to our test version of the game, sometimes we had to re-run a final checkpoint because of a script that does not launch it (the game is full of them) or an enemy stuck in a wall and therefore impossible to eliminate (which blocks progress). A little bit annoying when you see the care taken in all other aspects of the title, but this is something we hope to see corrected with the famous day-one patch.

All these flaws are just anecdotal when we see the overall quality of the title. Insomniac Games has refined its formula to the extreme and offers us its most successful Ratchet and Clank, whether in terms of gameplay or graphics. Importantly, this is the first game that will appeal to almost all PS5 owners, as it is meant to be affordable by as many people as possible. On this point, it is a resounding success.