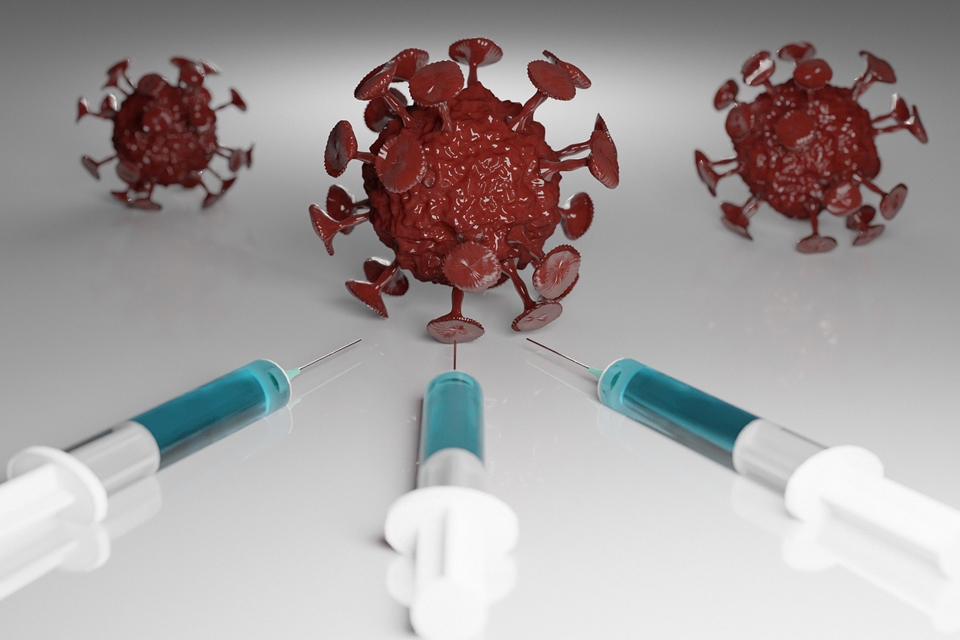 Extraordinary is what causes surprise, almost unmatched, out of the blue. And the year 2020 was really extraordinary. We had immense challenges and difficulties for everyone, with suffering and losses, many of them definitive. But we must see the lessons that 2020 has also brought us, with opportunities and actions that lead us to a safer future. This path necessarily passes through science and knowledge, which, in record time, brought us the vaccines against SARS-Cov2, which caused COVID-19, with innovative technologies that open new paths in medicine.

The general principle of all vaccines is to develop an immune response capable of preventing the onset of the disease. This immune response has two fundamental mechanisms. One is the production of antibodies by cells called B lymphocytes. The second mechanism is the activation of effector cells, called T lymphocytes.

The first vaccine technology described in the literature was the smallpox vaccine, in 1796, and involved the use of an attenuated form of the virus, manipulated in the laboratory in order to lose its ability to cause the disease, but still capable of generating an effective response from the Imune system. This technology is still used today in the Sabin vaccine, against polio, in the vaccines against measles, rubella, yellow fever and rotavirus viruses. BCG is an example of an attenuated vaccine against a bacterial disease, tuberculosis. Today, we still don’t have any vaccine against COVID-19 with this technology.

Another vaccine production technology uses an inactivated immunizing agent. Dead. This inactivation prevents its replication, but preserves its structures in order to induce an immune response. Coronavac®, against SARS-CoV2, is an example, as are vaccines against hepatitis A and rabies. However, this technology produces a more transitory stimulus of the defense system, as well as reduced efficacy when compared to vaccines produced with attenuated agents and, frequently, require more than one dose to guarantee an adequate immune response.

A definitive step in the development of new vaccines was recombinant DNA technology. Discovered in the late 1970s, this technology was advancing with science. To tell you in a nutshell what decades of research required, today it is possible to remove fragments of genetic information (DNA or RNA) from cells, bacteria, or viruses, insert them in a second cell, bacterium or virus, where they stimulate the production of a protein encoded by the transferred genetic information.

The first human protein produced using recombinant technology for use as a medicine was interferon alfa for the treatment of leukemia. Since then, this technology has spread and today it is present in our daily lives, with a huge impact on the quality of life, allowing the development of medicines, food, etc. Several vaccines currently available use this technology, including four vaccines against COVID-19, which use RNA from the SARS-CoV2 virus.

In common, these four vaccines against COVID-19 (University of Oxford / AstraZeneca, Janssen, Pfizer / BioNTech and Moderna) bring to the vaccinated individual the genetic information of SARS-CoV2 necessary for the production of the Spike protein, responsible for the entry of the virus in the cell. Once inside the cells, the virus releases its messenger RNA and it instructs the cell to produce all the proteins and to multiply its own messenger RNA to produce new virus particles. Thus, by producing an immune response against this Spike protein, we can prevent the virus from entering cells and replicating them.

Vaccines developed by the University of Oxford in partnership with AstraZeneca, and Janssen, use a viral vector, adenovirus, which carries the genetic information (recombinant DNA, cDNA) of the SARS-CoV2 virus to produce the Spike protein.

The vaccines developed by Pfizer in collaboration with BioNTech and the vaccine by Moderna are undoubtedly the most innovative. They use a synthetic (laboratory-produced) copy of the SARS-CoV2 messenger RNA (mRNA) encoding the Spike protein. This mRNA is protected by a layer of fat, preventing its degradation and allowing it to be used directly as a vaccine. This fat droplet containing the SARS-CoV2 genetic material is recognized by the cells and, once again, the mRNA instructs the cell to produce the Spike protein, triggering the antibody response and the cellular response.

In the technologies used by these four immunizers, the sequence changes of the messenger RNA or cDNA are more readily performed compared to inactivated virus vaccines, which always require the growth of new variants in the laboratory. This becomes very relevant in the face of the appearance of SARS-CoV2 variants. The appearance of these variants implies updating the vaccines, using new versions of the Spike protein that best represent the circulating viral variants. This is necessary to guarantee the effectiveness of vaccines in inhibiting virus replication, mainly due to the action of antibodies.

The scientific development represented by these technologies (viral vectors and mRNA), represents enormous advances in knowledge and opens up new possibilities in medicine. The impact of all this scientific knowledge can easily be translated into numbers: a report by the World Health Organization estimates that vaccines currently prevent the deaths of 2.5 million people every year. In addition, mass vaccination has reduced or eradicated diseases such as polio and smallpox. Given this, we must be proud, as Brazil has one of the most renowned and the largest public vaccination program in the world. We live in a new world, a different reality, but even in this scenario, we have witnessed achievements in science that are, in fact, extraordinary.

Dr. Luiz Fernando Reis, biweekly columnist at TecMundo, is Director of Education and Research at Hospital Sírio-Libanês, an area responsible for the generation, application, and dissemination of knowledge, generating value for Brazilian society and promoting better health care practice. With a degree in Biochemistry from the Federal University of Juiz de Fora (UFJF), in Minas Gerais, Luiz holds a PhD in Microbiology and Immunology from the New York University School of Medicine, in the United States, and a post-doctorate in Molecular Biology from the University of Zurich, in Switzerland.