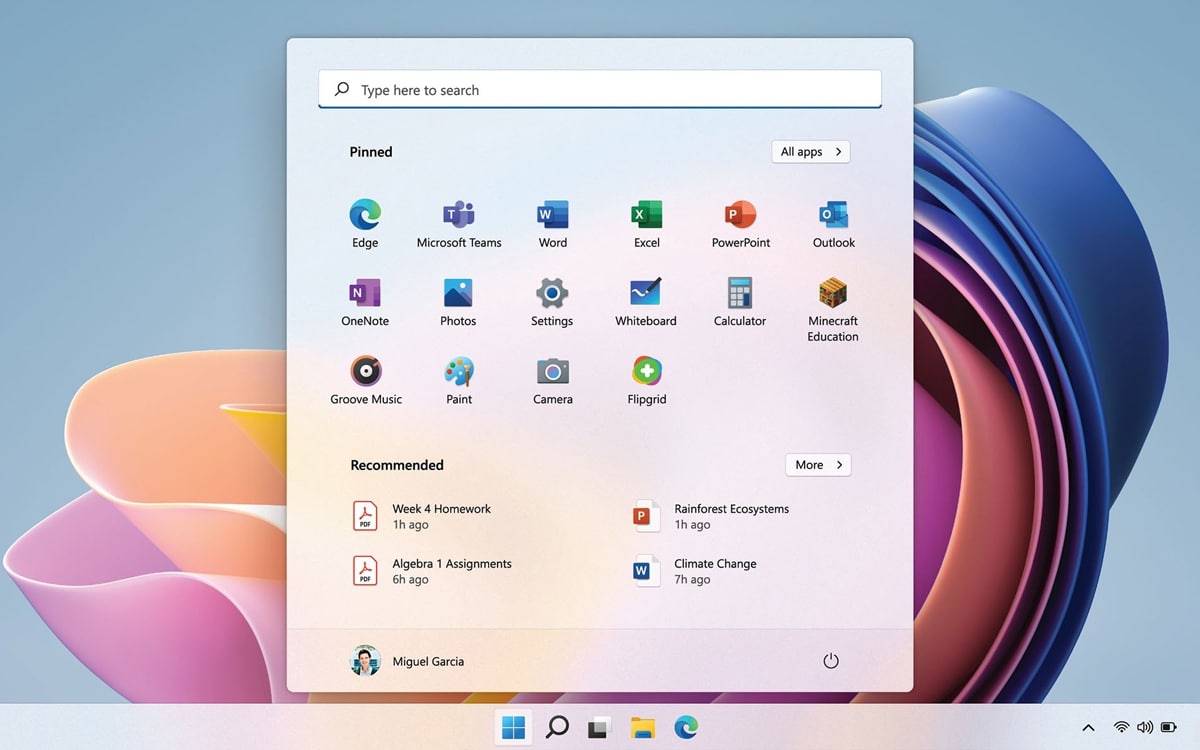 Microsoft has finally unveiled the new version of Windows 11, called SE. Above all intended for the education market, it is intended to be more “lite” than the original version, in order to be able to run correctly on less efficient computers. With this operating system, the Redmond firm wants to regain control of schools after the Chromebook tidal wave. It should be available during the next year.

We already knew that Microsoft was working on a mysterious Windows 11 SE, but we were still waiting for a presentation from him. It is now done. It’s been a while Microsoft wants to reclaim the territory of schools, after Google got hold of it with its Chromebooks. The company previously tried a game of poker with a version of Windows 10 restricted to the Microsoft Store, but the lack of available applications led to the OS being destroyed.

It is therefore with Windows 11 SE that the publisher takes another chance. The latter is thought to turn correctly on low power laptops. Thus, Acer, Asus, Dell, Dynabook, Fujitsu, HP, JK-IP, Lenovo, and Positivo are all preparing the release of compatible PCs within the next few months. Microsoft has presented a new Surface Laptop SE, priced at $ 249. It is equipped with 4 GB of RAM, 64 GB of storage and an 11.6 inch screen.

A lean Windows 11 that adapts to school needs

A relatively light data sheet therefore, which gives an idea of ​​the adjustments made by Microsoft. Thus, we find more or less the same direction that Windows 10X took before its cancellation. The operating system is notably optimized for Edge, Office as well as Microsoft cloud services. However, it is not restricted to applications from the Microsoft Store. Indeed, the platform will not even be present on the OS.

“Windows 11 SE also supports third-party applications, including Zoom and Chrome, as we want to give schools the choice to use what works best for them.”, says Paige Johnson, head of educational marketing at Microsoft. It will therefore be up to the IT administrators of the establishments to select the applications that will be installed. Updates may be scheduled outside of school hours.

On the same topic: Windows 11 – how to block installation and prevent updating from Windows 10

Minor changes that make the difference

Microsoft has yet to provide a complete list of applications that will be compatible with Windows 11 SE. The exit being imminent any time, it should not take long to arrive. Other than that, the changes are relatively minor. Applications launch automatically in full screen, and can be displayed side by side. In exchange, the Snap Layouts feature, which allows you to organize your windows, has left the ship.

We will not find the Widgets section either.. After collecting many testimonials from teachers, Microsoft has indeed realized that the latter could distract students. In addition, while this option is disabled by default on Windows 11, Edge will be compatible with Chrome extensions, widely used and appreciated by teachers.

On the same subject: Windows 11 – new features, release date, all you need to know about Microsoft’s new OS

Finally, Windows 11 SE automatically backs up all documents to OneDrive. These will also be accessible offline, so that students can continue to take their lessons outside even when they are at home. The ambition is clear: Microsoft now wants to position itself as the ideal companion at all stages of its studies. For that, it will be necessary to wait until next year, when the establishments begin to buy their equipment.