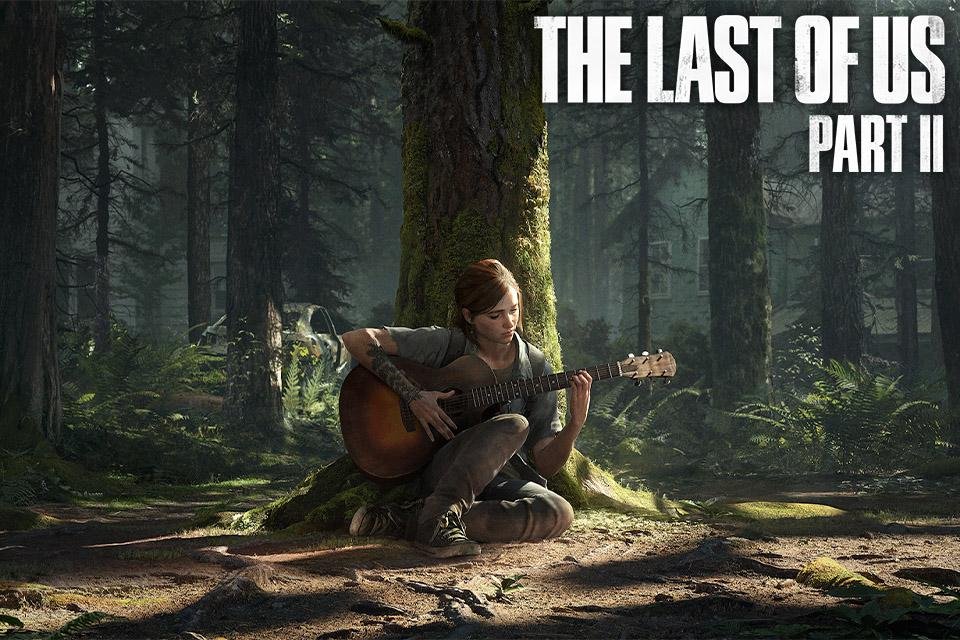 Em 2013, The Last of Us was released by Naughty Dog, receiving several awards, in addition to conquering thousands of fans. In the game, Joel and Ellie live in a post-apocalyptic world caused by the cordyceps fungus infection. Players follow the duo’s journey facing terrifying zombies, the possibility of infection and moral dilemmas in a harsh reality for survivors.

The game received a prequel, Left Behind (2014), and a sequel, The Last of Us Part II (2020), both very well received by the public and critics. HBO is currently producing a series about the saga, scheduled to premiere in 2023, with the participation of Pedro Pascal (Joel) and Bella Ramsey (Ellie). 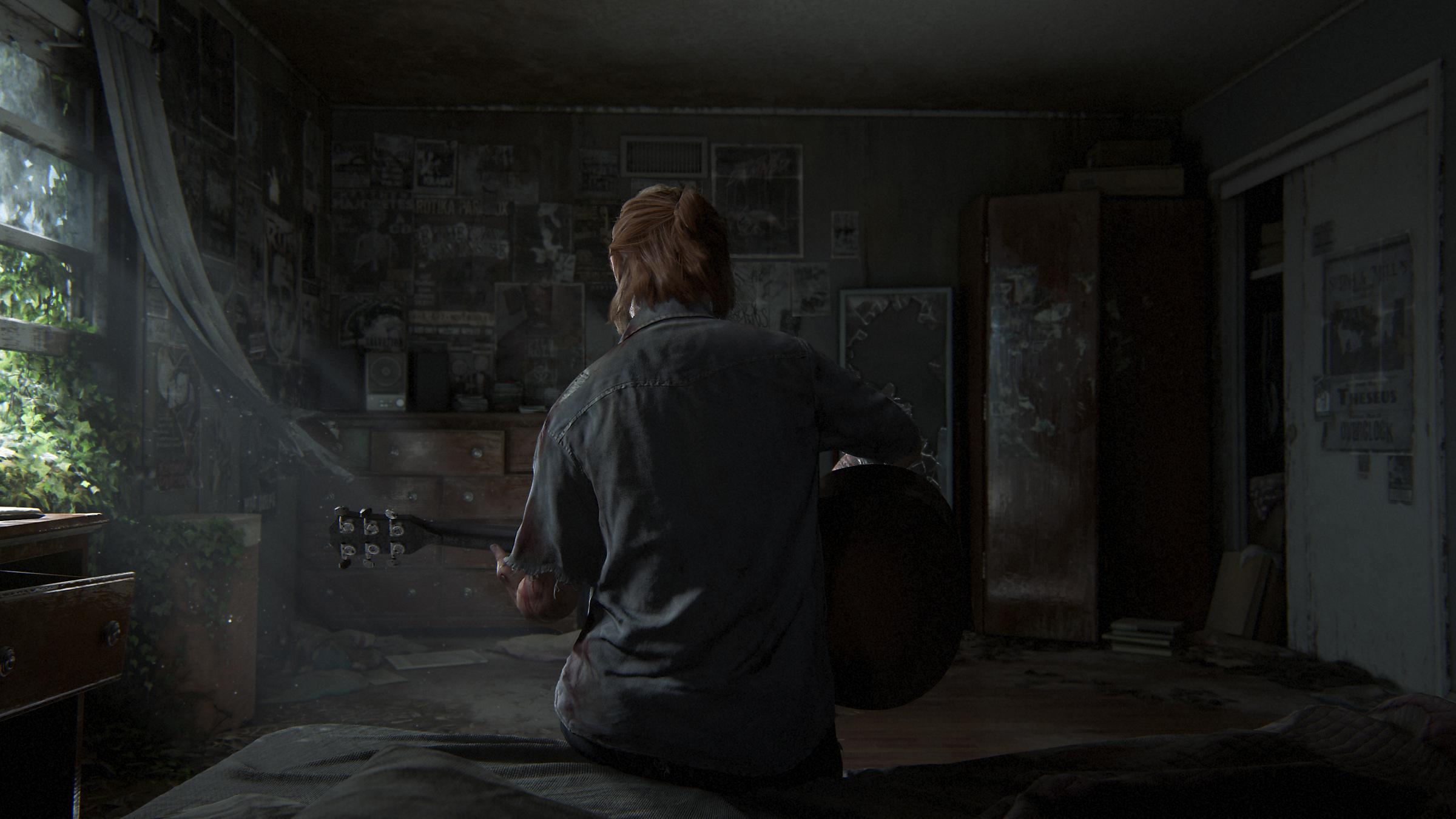 Ellie in The Last of Us Part II. (Source: Naughty Dog/PlayStation/Reproduction)Fonte:  The Last Of Us

Some of the saga’s strengths are the story rich in details and the boldness of investing in a realistic plot, almost bordering on cruel in the face of adversity faced by the main characters.

Get to know some curiosities of the saga’s history and gameplay The Last of Us.

Attention! This list contains SPOILERS of the games The Last of Us e The Last of Us Part II. If you don’t want to spoil any surprises, save this link and come back here after playing. 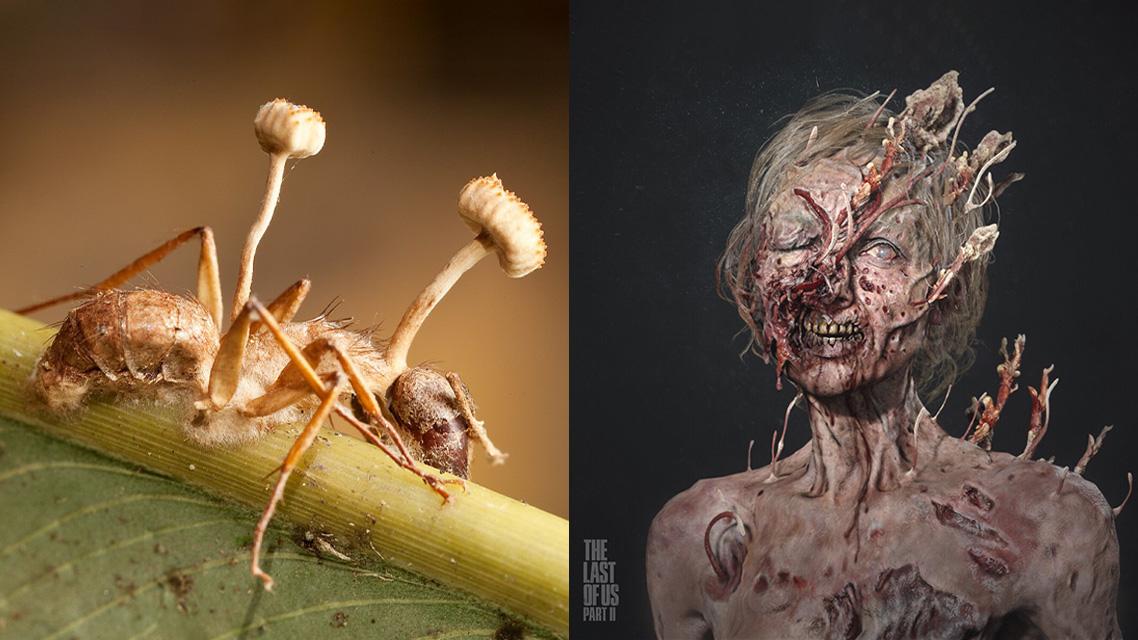 The aesthetic of fungi growing on the infected person’s head and body is inspired by a real infection that affects insects. (Source: Naughty Dog/PlayStation/Reproduction)Fonte:  Naughty Dog

In the game, the reason for the pandemic that generates the zombie apocalypse is a brain infection caused by the cordyceps fungus, which can be transmitted by classic bites or by inhaling the fungus spores. This infection exists in real life, but it only affects insects.

According to Neil Druckmann, director and screenwriter of the production, the idea of ​​the phenomenon in which fungi grow on the head and body of infected people was inspired by the documentary Planet Earth, from the BBC. In the episode in question, an ant infected by cordyceps has its bodily functions taken over by the fungus before being completely killed by the infection, being called a “zombie ant”.

9. The characters’ surname is revealed in the Japanese version 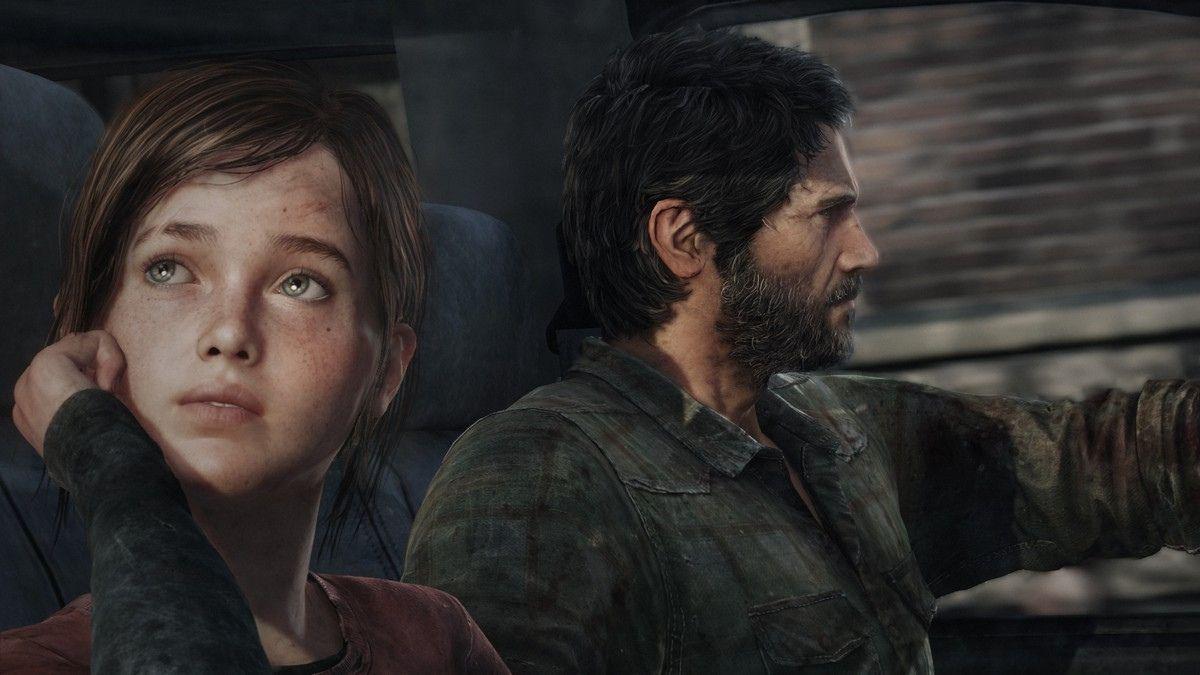 Joel and Ellie in The Last of Us. (Source: Naughty Dog/PlayStation/Reproduction)Fonte:  Playstation Store

Some players have found that the Japanese version manual reveals the last names of the protagonists, despite there being no direct mention during the story: Joel Miller and Ellie Williams.

8. It is possible to play various songs on the guitar 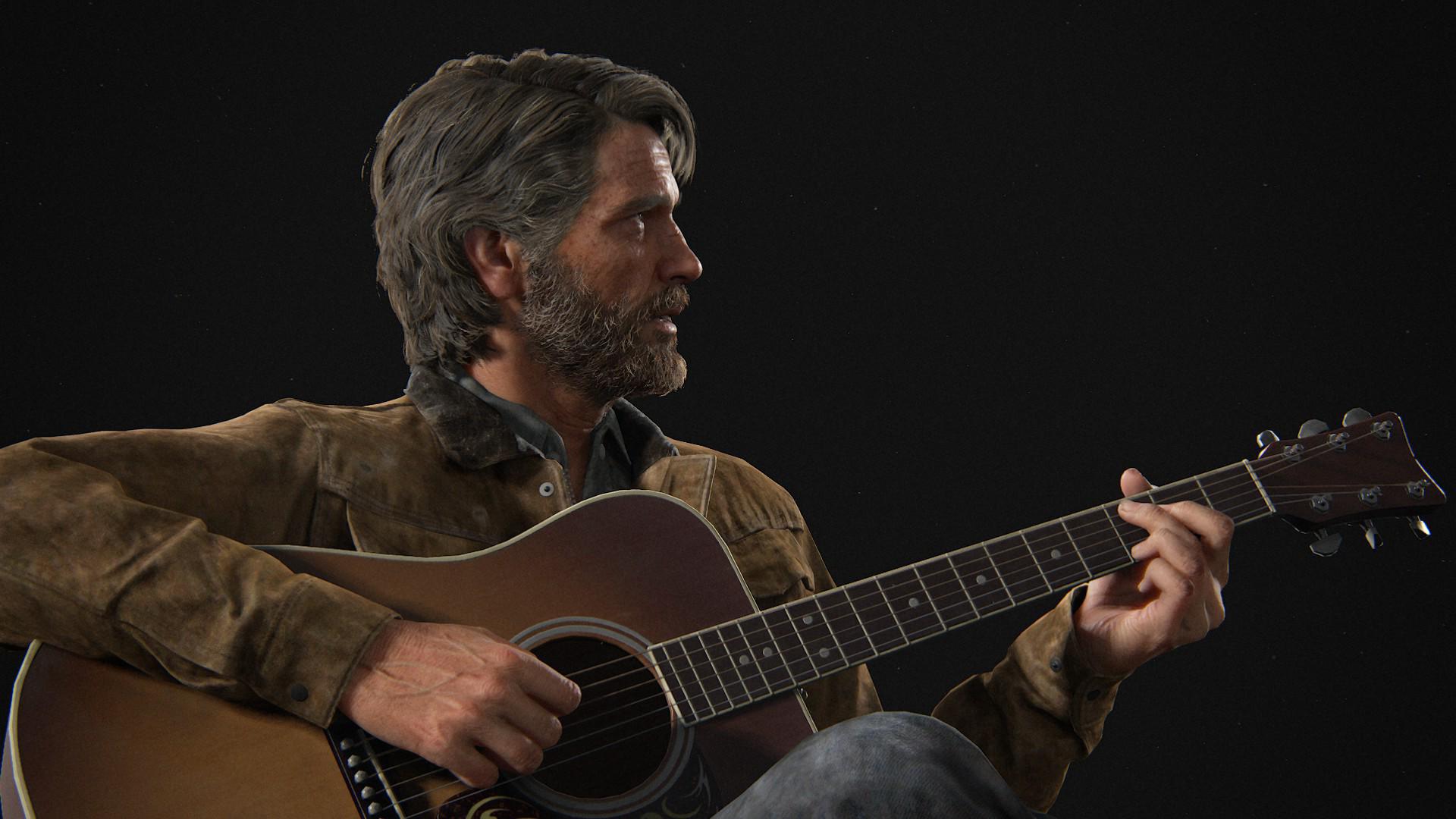 Joel in The Last of Us Part II. (Source: Naughty Dog/PlayStation/Reproduction)Fonte:  Playstation Store

The guitar scenes are important for the construction of the characters’ relationship; as time passed, players realized the instrument’s accuracy. There are several videos on YouTube of people who managed to play other songs in the game, which, despite not being so realistic, shows the care taken with every detail of the production. 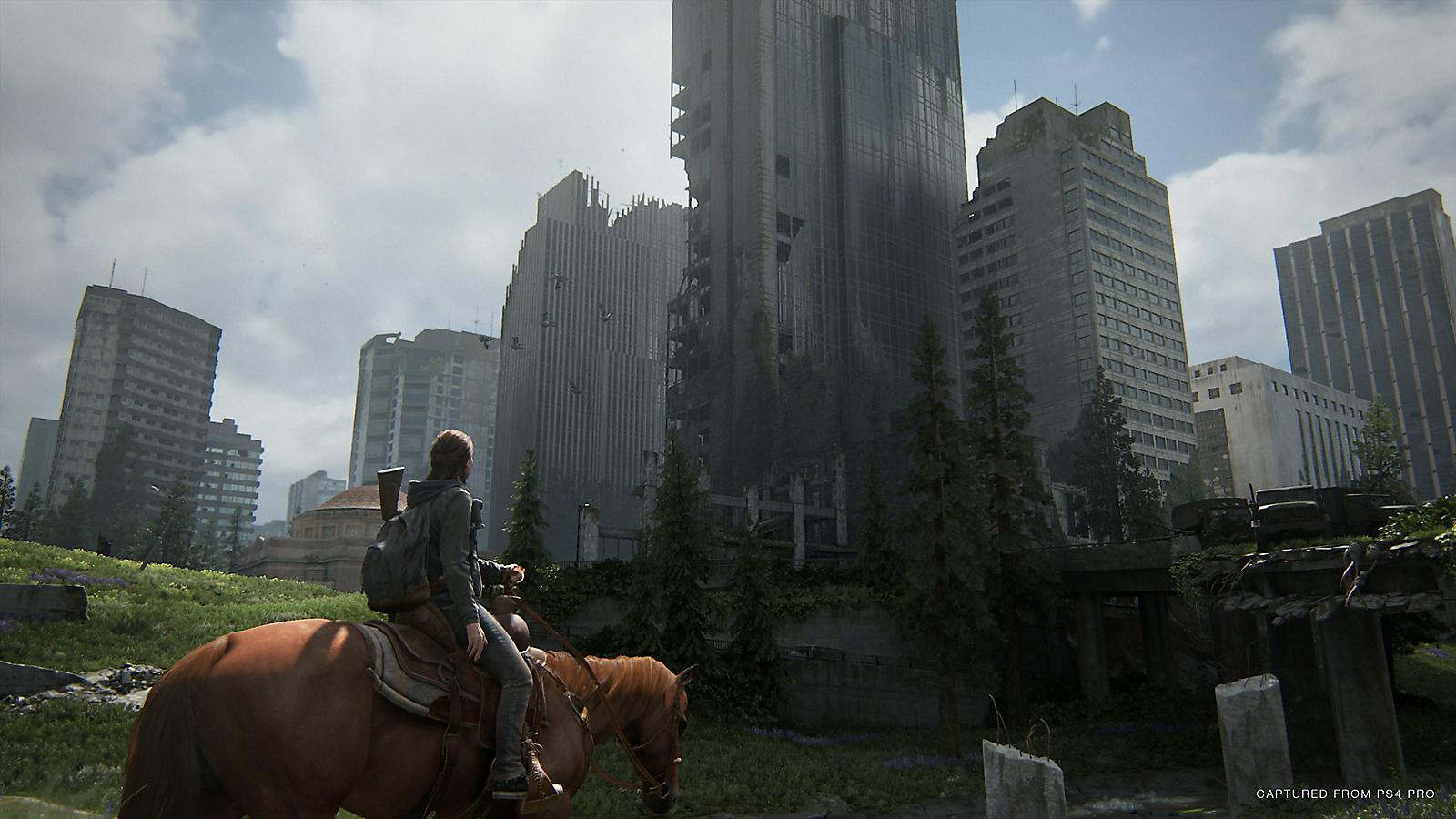 Ellie in The Last of Us Part II. (Source: Naughty Dog/PlayStation/Reproduction)Fonte:  PlayStation Store

According to Druckmann, The Last of Us Part II It narrowly wasn’t an open world game, but that could get in the way of the narrative, and the concepts would conflict. Finally, it was decided that the game would follow a linearity, but with larger areas to be explored.

This is what happens in Seattle, where the player can spend as little as 5 minutes or more than 1 hour exploring the place before moving on to the next stage of the story. In fact, it is at this stage that one of the most striking scenes of the game takes place, in which Ellie plays “Take on me” on the guitar for Dina.

6. A sign encourages not giving up near the end of the first game 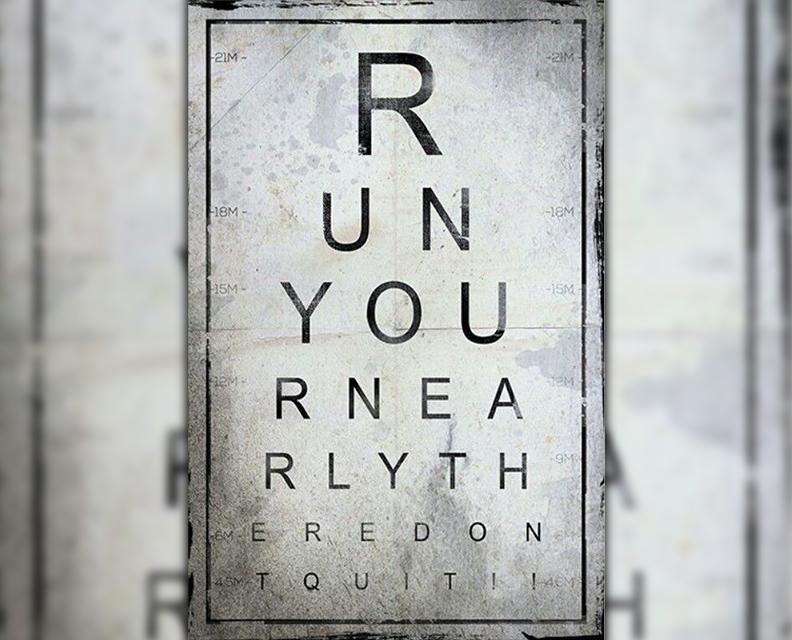 in the final stage of The Last of Us, when Joel is in the hospital looking for Ellie, few people have noticed that the game encourages the player not to give up. The message “RUN YOU R NEARLY THERE DON’T QUIT!!” it was placed in one of the offices in the form of a visual acuity plate, one of the tests performed by ophthalmologists.

5. Ellie has reactions to when Joel idles or runs out of ammo 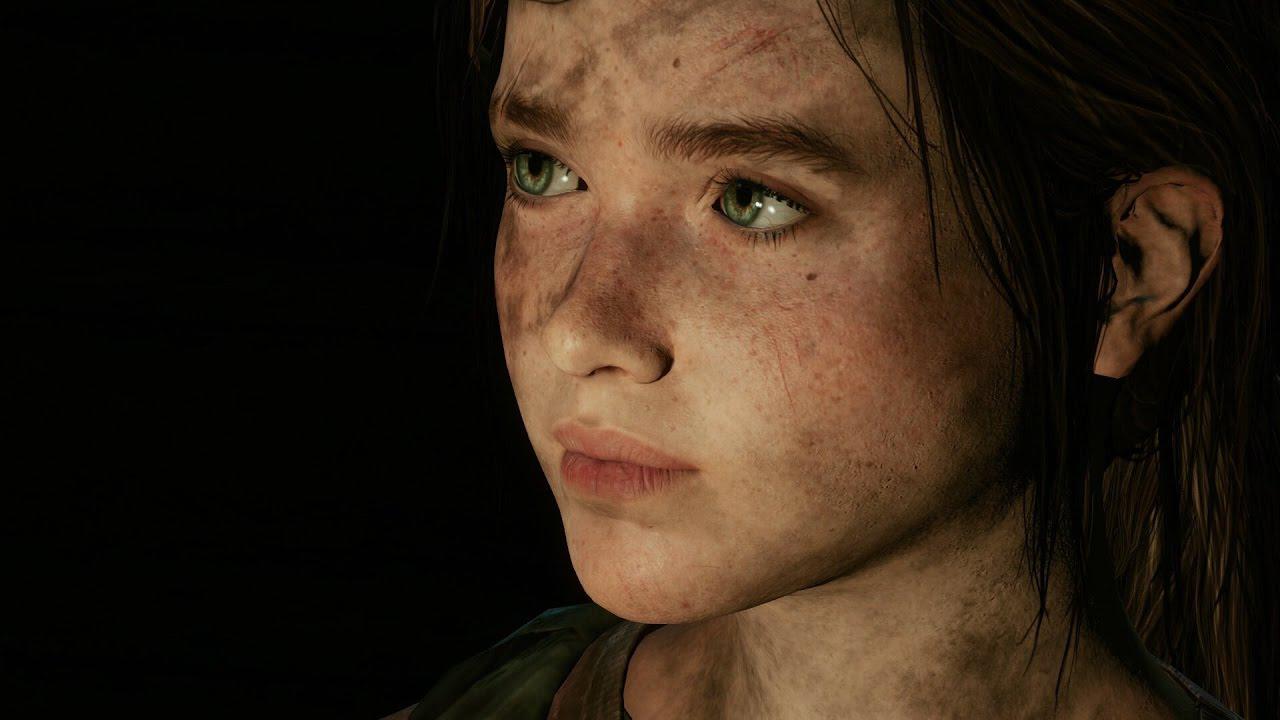 Ellie and Joel’s exchanges in the first game are mainly due to dialogue, and personality traits of both can be lost when the player fails to do something. One of the examples of this is Ellie’s sarcastic jokes when Joel (who is being commanded by the player) is idle for a long time or uses up ammo without being in combat. 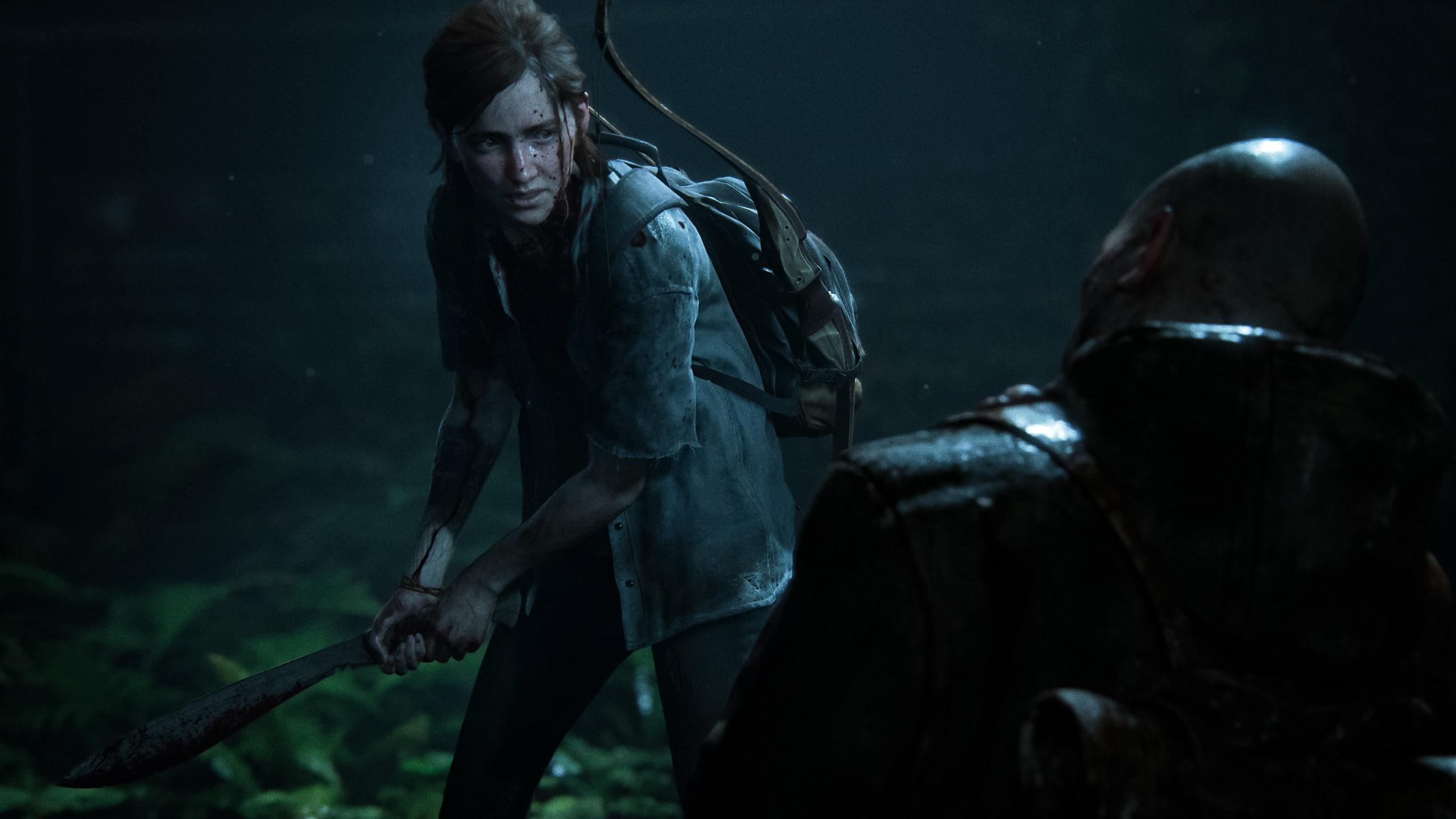 The saga’s experience has always been very narrative focused, but it doesn’t lose out on challenging players. Punitive mode is the highest difficulty level of TLOU and delivers an experience very close to a post-apocalyptic reality, with scarce ammunition, without the possibility of hearing dialogue through walls and with enemies three times more resistant. In the sequel, the experience is fully customizable, being possible to change every aspect of the gameplay, from resources to enemy resistance.

3. Ellie steals things, and you can see her doing it in TLOU 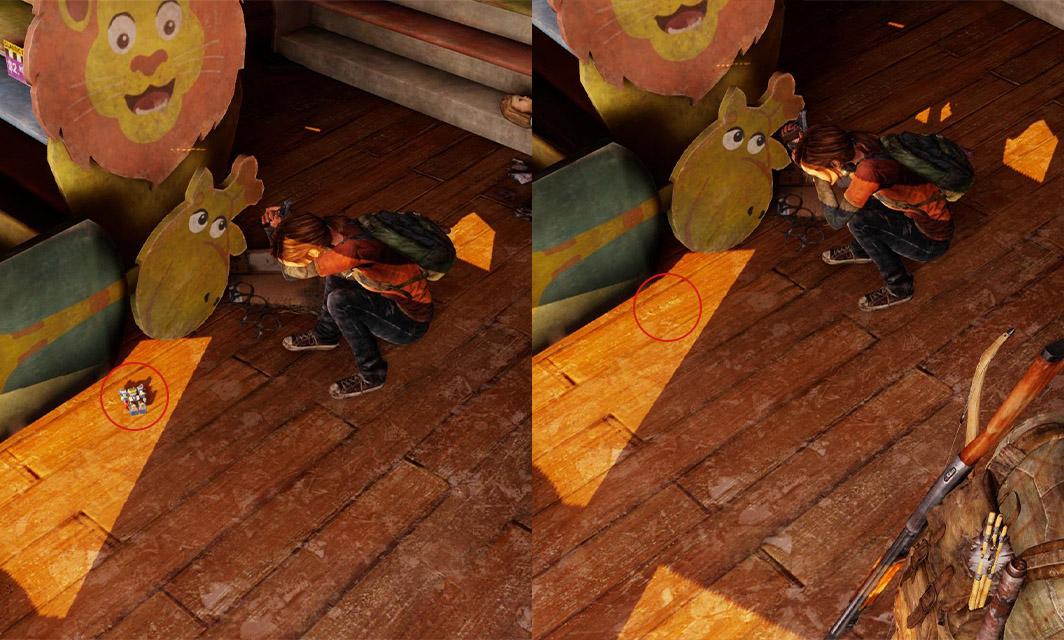 After the toy store scene, in which Sam and Henry fight over taking one of the toys, it is revealed that Ellie stole it for him. However, the players could not see what was happening, as the artificial intelligence that commands Ellie is programmed to do this when she is not in Joel’s field of vision. This capture was only possible with the arrival of the remastered game for PS4 and the console’s Portrait mode.

2. Tess was supposed to be the villain of the first game 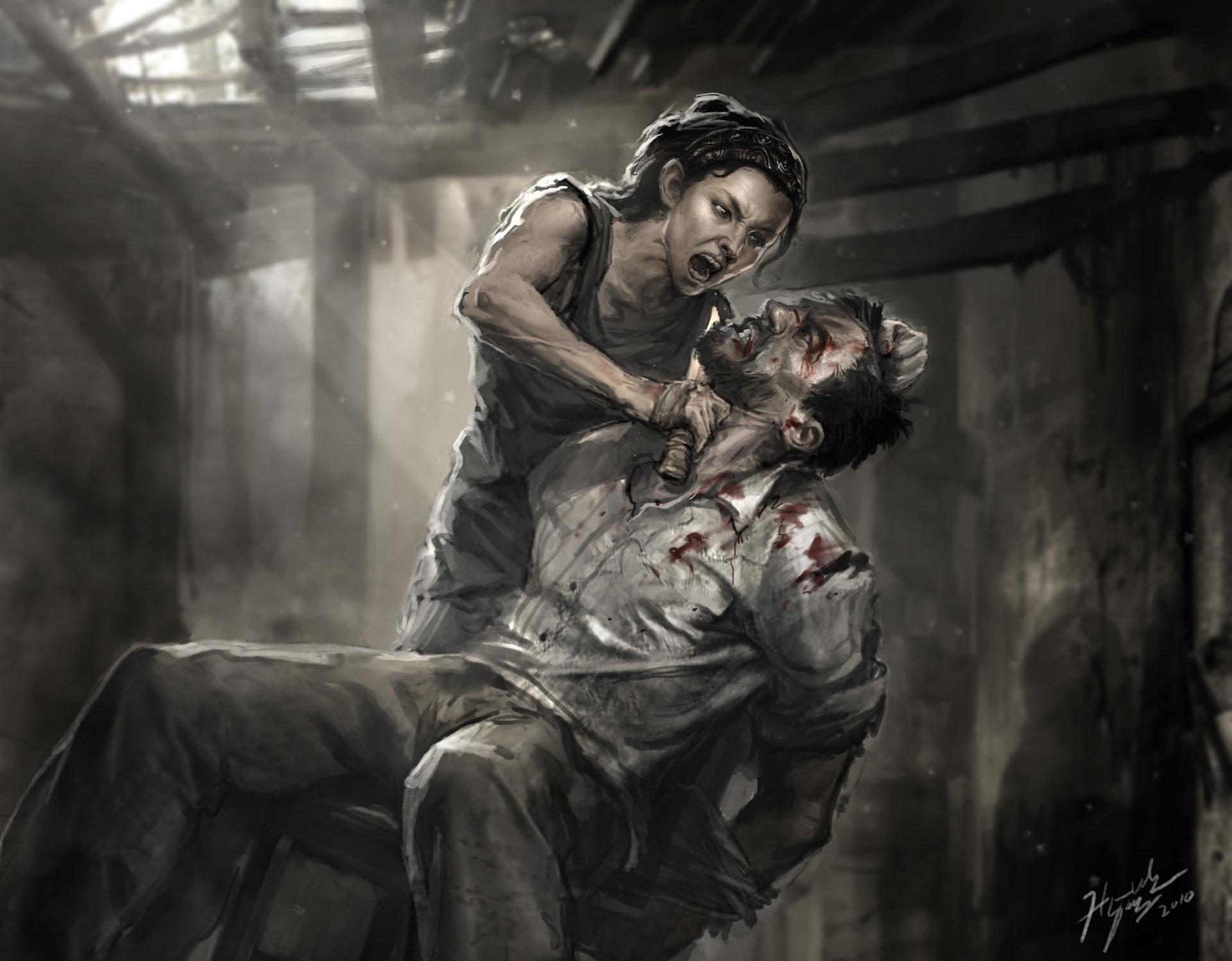 According to Druckmann, in one of the first ideas for the game, Tess (Joel’s longtime companion) would be the main villain of the plot. After being betrayed by him in events leading up to the game, she would confront him in single combat and would end up being killed by Ellie.

1. The first and last scene of The Last of Us are similar on purpose 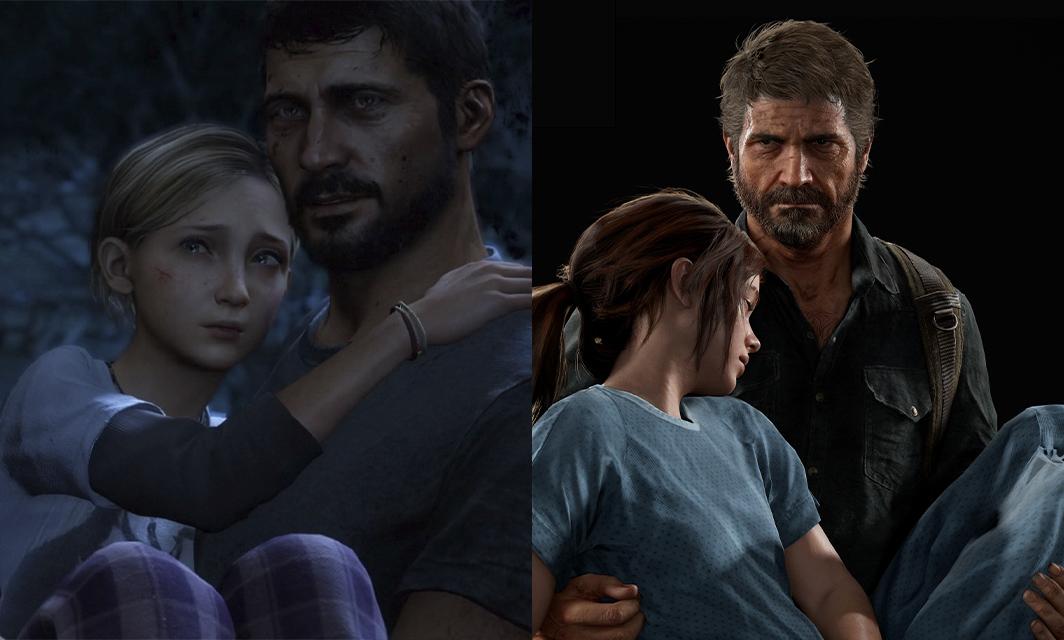 (Source: Naughty Dog/PlayStation/Reproduction)Fonte:  The Last of Us

At the beginning of the game, Joel carries his daughter Sarah after a car accident while fleeing from the zombies. This scene precedes the character’s tragic death in her father’s arms. Many theories commented that the final scene would be Joel carrying Ellie in his arms on the way out of the hospital. Druckmann even confirmed that it was intentional for the game to start with Sarah and end with Ellie.