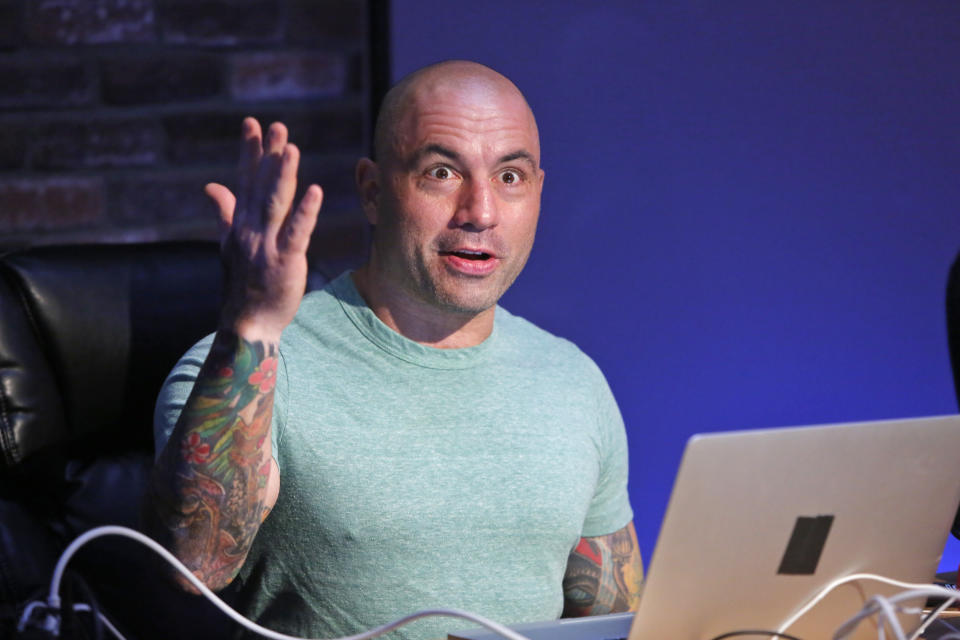 The Joe Rogan Experience is currently the most popular podcast in the world. Available on Spotify, its playback and billing numbers can impress anyone. However, Joe Rogan has come a long way to become an absolute worldwide success.

The first episode Rogan published of his podcast was on his YouTube account in early 2013. At the time, the former commentator had little knowledge of record production and had almost no suitable equipment.

In one of his recent episodes, in which he invited presenter Jon Stewart to participate, Rogan talked about his process of creating the show. “The first episodes sucked. I didn’t know what I was doing and I didn’t think anyone was listening. It was just for fun, I was just enjoying my comics,” he said.

Now, in addition to a team of professionals, the podcaster has a studio dedicated especially to recording its content.

One of the big factors for the growth of the audience of The Joe Rogan Experience was the bet on the diversity of the interviewed guests. If in the early years of production Rogan called his comedians friends to participate, now he has chatted with Elon Musk, Kanye Wert, Bernie Sanders and several others.

Before Joe Rogan was known around the world, the podcaster spent a few decades of his life being a comedian and commentator for the UFC. This allowed Rogan to build a following during those years — even though she was much smaller than his current audience.

So when he saw the possibility of creating his own content on the internet, especially in recent years, with a lot of people switching from traditional media channels such as television and radio to other platforms, the comedian saw his numbers grow from scary way.

In addition, he bet on different ways to disseminate his work. Along with his podcast, currently available on Spotify, Joe Rogan has two YouTube channels, the first with 9.74 million and the second with 5.28 million subscribers.

The Joe Rogan Experience: The World’s Most Popular Podcast Involved In Controversy

The Joe Rogan Experience has an exclusive contract with Spotify worth $100 million and is estimated to be downloaded nearly 200 million times in just a single month. However, that wasn’t enough to keep Joe Rogan out of major controversies.

In September 2020, Rogan was accused of making transphobic comments by several LGBTQIA+ entities when he said that transgender actress Caitlyn Jenner was inspired by the Kardashians to “define” her appearance. In the same episode, he was also criticized for spreading false information about the fires that ravaged Oregon’s forests at the time.

The podcaster has also raised several discussions on the internet for comments and attitudes considered racist by internet users. In another of his episodes, he compared a massively black neighborhood in the United States with the movie series Monkey’s Planet.

Not even his choices for the guests were far from the controversies. Last year, many fans of The Joe Rogan Experience criticized Alex Jones’ participation in the program. The presenter is considered one of the greatest conspiracy theorists of the American far right and the visibility offered to Jones was not welcomed.

Anyway, it is a fact that Joe Rogan’s podcast has influenced many others around the world, including famous podcasts from Brazil in conversation format, such as Flow Podcast, for example.

Stay tuned at Tecmundo and don’t miss any news on various subjects, such as series, movies, podcasts and much more!