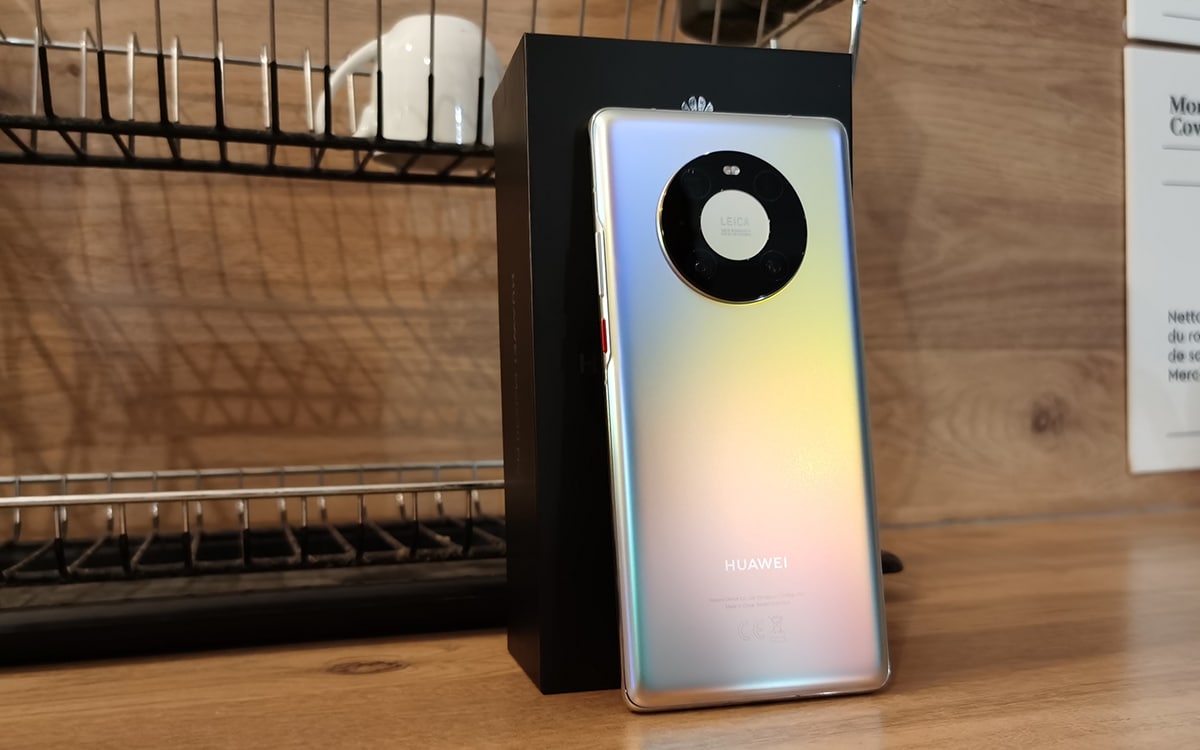 The main photo sensor of the Huawei P50 would be signed Sony. It would be the largest photo sensor developed for smartphones, since it would measure 1 inch across. The component would be called IMX800. It would have many advantages, but a problem of space could be a problem. Explanations.

For several years, Huawei has become the world benchmark for smartphone photography. Its partnership with Leica, which initially seemed to be a marketing operation, has evolved into a superb complementarity between the optician and the developer. The P40 Pro and the Mate 40 Pro, both tested in our columns confirm this. Even our colleagues from DxO Mark, photo experts, praise Huawei’s strengths in this area.

Read also – Huawei P50: the flagship would be launched both on Android and HarmonyOS

What does the series have in store for us? P50 in the field ? We are obviously waiting for improvements, whether in the zoom part, but also in the colorimetry part. We have often found that the Kirin’s image processing algorithms sometimes strain the contrast a little too much, sometimes to compensate for, for example, a slight lack of light due to the optics. The main sensor of the Mate 40 Pro for example opens at f / 1.9, while that of the iPhone 12 Pro Max opens at f / 1.6. And it’s not a question of sensor size.

An indiscretion from a relatively well-known Chinese leaker claims that the P50s will benefit from a new main sensor from Sony. It’s no surprise: Sony delivers the sensors that then work with Huawei’s Kirins and lenses from Leica (who is just an optician, not a photo sensor developer). This sensor, called IMX800, would solve the light problem thanks to a size much larger than that of the Mate 40 Pro’s sensor: 1 inch side, compared to 0.78 inch currently.

This sensor has not been formalized by Sony, of course. However, the leaker behind the leak says it is scheduled to launch in April. According to rumors about the P50, its launch is scheduled for beginning of march, which casts doubt on the veracity of the information presented here. However, it is possible that this sensor is intended only for the more ambitious models, like the P50 Pro and the P50 Pro + whose output could have been staggered.

A sensor with more pixels or larger pixels?

The leaker is very stingy in information about the component. It does not specify the definition of the sensor. It is therefore not possible to know if the pixel size is larger, or if the pixels will simply be more numerous, to reach 64 megapixels (this corresponds exactly to an increase of 28%). In the latter case, we could expect in the P50 a sensor capable of taking pictures in much more detail, but also a sensor capable of offering a hybrid zoom of even better quality than that of the P40 Pro.

Another hypothesis, if this sensor developed by Sony retains the definition of that of the P40 Pro, 50 megapixels, that would mean that each photosensitive cell will be larger. The ratio could reach 28% more. Or 1.56 microns, against 1.22 microns for the Mate 40 Pro. With larger pixels, you detect more light with the same exposure time. This means images with more contrast, more sharpness and with less risk of unpleasant blur, since the pause time can even be reduced.

A photo sensor that takes up a lot of space

There would be a backlash though: the sensor would be really much bigger than that of the P40 Pro. There would therefore be a good chance that its integration would lead to a reorganization of internal elements, or even a reduction in the number of sensors. A leak from the beginning of February claims that at least one of the P50s is equipped with five optics on the rear, like the P40 Pro. The latter is equipped with a 50 MP sensor, two sensors with telephoto lenses, a sensor with wide-angle lens and a time-of-flight camera.

If this information is confirmed, it would be the first time that a photo sensor developed for smartphones has reached this size. This is not the first time that a smartphone has incorporated a 1-inch sensor. There is a precedent: the Panasonic CM1, a phone that looked more like a camera than a mobile. Its 1-inch sensor was originally developed to equip compact digital cameras. Unfortunately, the initiative was not renewed, but the idea was very interesting.