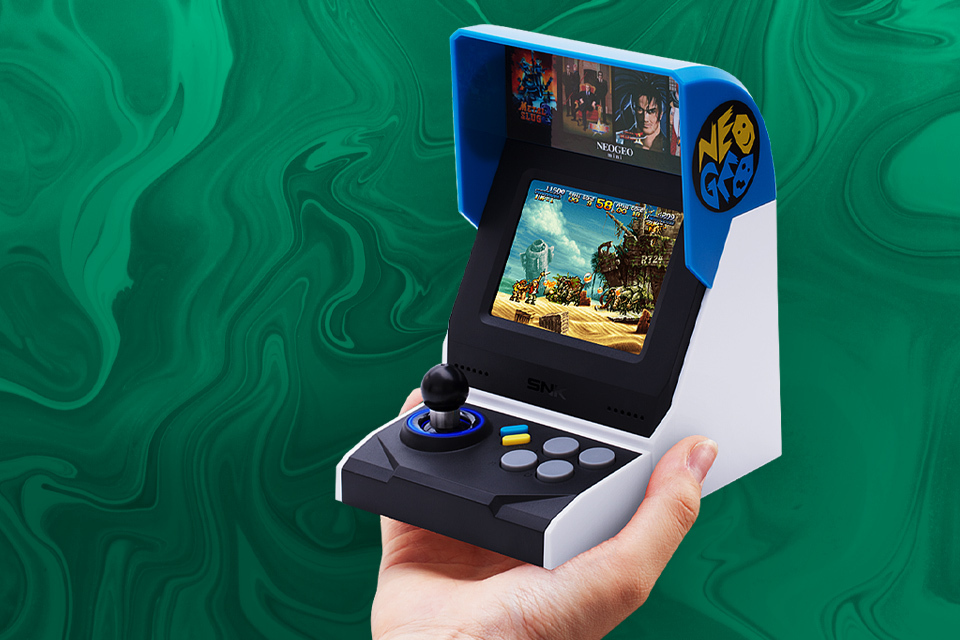 The series of stories of technology returns to talking about games, specifically from a company that was as important in both hardware and software and is one of the legends of the arcade world. We are talking about SNK, which has already gone through a complicated crisis, but remains firm and strong to this day.

The beginning of an era

Its trajectory officially begins in 1973, with the foundation of a company of devices and programs for electronics called Shin Nihon Kikaku (SNK) or New Japan Project, in English. However, the company’s first 5 years of activity have hardly been documented, so much so that the most “official” foundation is registered only afterwards.

In July 1978, Shin Nihon Kikaku Corporation was reorganized and became a company with shares traded. The Osaka region has been chosen as the headquarters, and the entrepreneur responsible for all this is Eikichi Kawasaki. In the late 1970s, the market for arcade games and other coin-operated entertainment devices was growing and proving to be a huge source of income.

In Japan it was no different, in 1978 it was the launch of the Space Invaders phenomenon, from Taito, and the Pong phenomenon was already pumping and promptly Atari launched other classics. Thus, investing in this market soon proved to be a great deal.

In 1979, the first game released by SNK arrived, the Ozma Wars. This was one of the first vertical shooters and was also considered to be innovative because it had separate “stages” instead of continuous and repeated gameplay. Soon after, came Safari Rally, with a more elaborate graphic scheme and full of elements on the screen.

The first successful game was Vanguard in 1981. A well-crafted and challenging spaceship game. It was there that SNK realized the potential of the western market and opened an office in Sunnyvale, California. Going beyond arcades, in 1985 SNK officially became a third-party, a developer that makes licensed games for home consoles.

Its first partner was Nintendo, which was dominant at the time and 2 years before it dominated the sector with Nintendinho. At the beginning, SNK launched the Baseball Stars, which was highly praised, followed by Athena.

In 1986, SNK went through a good phase and already had 23 arcade games launched, with better and better graphics. A good example is the Ikari Warriors, which had a very original joystick configuration and featured the military Ralf Jones and Clark Still as protagonists. It was also in that year that she changed her name to formally become the SNK Corporation.

The brand followed this rhythm of launching games for arcades, carrying titles for consoles or PCs of the time that ran simple games – such as the ZX Spectrum, Commodore Amiga, Apple II and MSX platforms -, in addition to Atari consoles. Until 1989, the company decided to leave its comfort zone and revolutionize the market.

We are talking about the arrival of the Neo-Geo MVS, which stands for Multi Video System, an arcade system. The card’s main asset was the possibility of running up to six games on a single machine, with interchangeable cartridges – which was extremely profitable for the owners of these houses – who could switch titles instead of having to buy new machines every time. The project was created with the developer Alpha Denshi, later known as ADK. 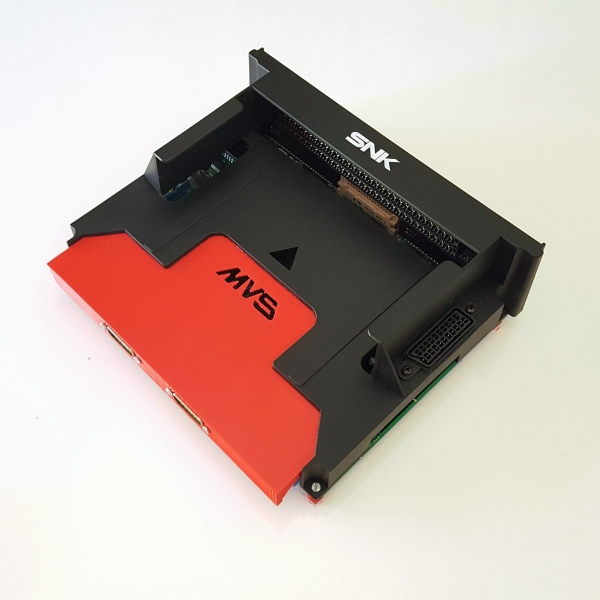 With him, in 1990, the Advanced Entertainment System (Neo-Geo AES) was born, a powerful giant that was the most perfect simulation possible for home consoles in the arcade experience. It was something totally different from what was on the market, since the idea was not to save money but to be faithful to graphics and sounds. The control simulated that of arcades, and the cartridges were immense. The console even had a pioneer memory card.

The problem? It was huge, very expensive and, therefore, it did too badly in the market. The device came to cost 600 dollars, 3 times more than the Super Nintendo, and initially it was only available for rent by hotels and houses of events. Ah, it is worth remembering that it was the period of the height of the fight between Sega and Nintendo, that the two leaders of the sector were fired.

Even with aggressive marketing, SNK never wanted to take the lead, but at least expected good sales results. However, even this she did not achieve, and AES today is an expensive collector’s item.

In the gaming world, the company continued very well. In 1991, the company’s embryonic franchise emerged in the fight genre: Fatal Fury. A direct response to the franchise Street Fighter, so much so that the title was commanded by Takashi Nishiyama, the producer of Capcom’s game.

Fatal Fury it had a little truncated gameplay, without the possibility of changing plans on the stage, but it was highly praised and started the saga of brothers Andy and Terry Bogard against the crime empire led by Geese Howard, with many other fighters who became classics. The series also had animations in movie and series format, initially shown in Brazil by TV Manchete.

Soon after, came the Art of Fighting, with several other technical advances and the excellent Samurai Shodown, which was a huge success with the use of weapons and ancient oriental culture. Then came the titles King of the Monsters, World Heroes and the football game Super Sidekicks.

Still in the beginning of the decade, the arcade and domestic divisions merged and, in 1993, SNK opened its first office in South America, in São Paulo. In 1994, the franchise The King of Fighters (KOF), which brought together characters from other SNK games and brought creative mechanics, such as fighting in trios.

In 1994, SNK presented the second bet on the console market: the Neo-Geo CD. He was nothing more than another attempt to reproduce the technical aspects of arcades at home. Again, it was not bad, but the reading of the discs was not cool and the console had endless loading screens. The following year, he won a more powerful successor, the Neo-Geo CDZ, but since he was more expensive it also didn’t take off.

The Future is Now

During this period, the company adopted the slogan The Future is Now, as well as opened arcade and entertainment houses called Neo-Geo World. Thus, it continued to port or make games for new systems, like the first PlayStation, and acquired, in 1996, a certain developer that would be responsible for one of its main franchises: Nazca.

At that time, the company launched the Metal Slug, a war game that won several sequels and is still loved today. The decade was also marked by the arrival of The Last Blade and Garou: Mark of the Wolves, a sequel to the franchise Fatal Fury with a leap in history.

In 97, she decided to launch the successor of MVS. The Hyper NeoGeo 64 arcade card should show that SNK was prepared for the world of 3D graphics, but it was unsuccessful and was discontinued. The released titles were also not very well received, and the public preferred the 2-dimensional versions.

Another problem came with the arrival of the Neo-Geo Pocket laptop in 1998. As good as it was, it was simply impossible to compete with Nintendo in this sector, especially since the Game Boy Color was arriving while it was still in black and white. Neo-Geo Pocket Color was full of potential, but it came out in 1999 and it was too late, and it had little help from interested developers. 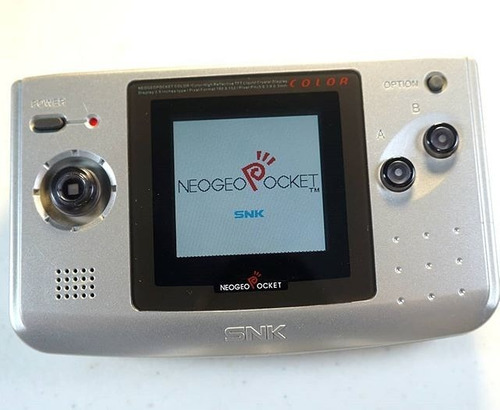 The situation was not good in 2000, and SNK entered a huge crisis, closing the office in the United States. Before that, she had already closed down the entertainment centers and factories. And the following year, he declared bankruptcy. The reasons that led SNK to declare bankruptcy are several, but we highlight the drop in income from arcades, because the market has actually declined, and the failure in the mass sale of consoles.

The result is that SNK was bought by Aruze, a pachinko company, those machines operated by superpopular currencies in Japan. budget went to the games market, even taking out some titles that were already in development.

Fortunately, also in that period, she even closed a partnership with Capcom for crossovers. The game developed by the competitor, Capcom vs. SNK, was the most successful and became a great classic.

The birth of SNK Playmore

Salvation began to take shape in 2001 with Eikichi Kawasaki, the original founder of SNK. He created the developer Brezzasoft with other executives of the company’s old guard and set up Playmore Corporation, to be a conglomerate that embraces other companies. In this way, he managed to gradually recover what was left of SNK, tracing the brand.

It was then that, in July 2003, after 2 long years of organization in the legal and administrative field, SNK Playmore was born. In this new era, the game Samurai Shodown V Special it was marked as the last SNK game for its own console.

In addition, she started to adopt arcade cards from other companies, such as Sammy’s Atomiswave. However, the situation still needed to improve a lot, since the company had difficulties to port the franchises for new gameplay and styles or at least for the 3D graphics. 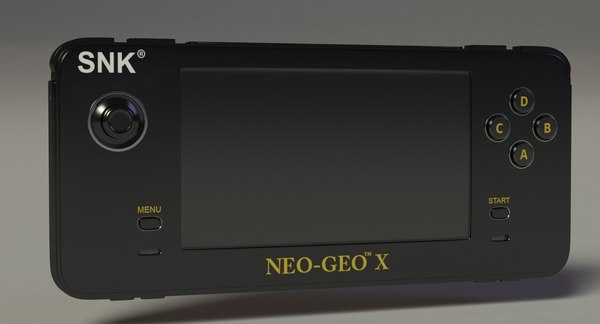 In 2005, she managed to elicit praise with the Neo Geo Battle Coliseum, a fighting game mixed with a tribute to the old franchises. In 2009, it entered the mobile games market, with several of them never going beyond the Japanese market. In 2012, he tried again to launch a console, the Neo Geo X, a system in partnership with Tommo.

In 2015, it was bought by the Chinese Leyou Technologies, which acquired the majority of the shares of SNK Playmore from one of its subsidiaries, Ledo Millenium. As a result, a new restructuring took place, with the end of the division of pachinkos and the change of name, removing Playmore and returning to being just SNK. This revival was marked, in 2016, with The King of Fighters XIV, reviving the franchise. 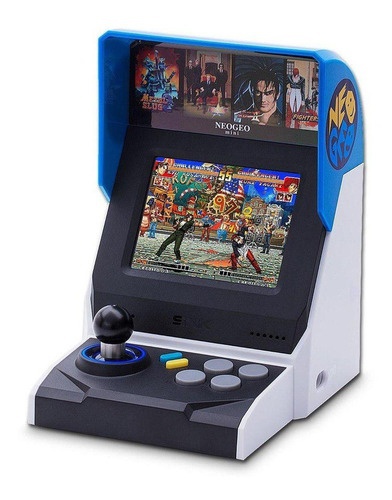 More recently, SNK has followed the market and now, little by little, arouses the nostalgia of fans. In 2018, on the 40th anniversary, there was a collection of arcade classics and the Neo Geo Mini, not to mention the revival of Samurai Shodown, in 2019, and the arrival of Terry Bogard to Super Smash Bros Ultimate. In addition, in 2021 comes the The King of Fighters XV.

However, the changes do not stop there. In November 2020, she started another transition to switch again. An organization linked to the Prince of Saudi Arabia has bought shares in SNK and has an agreement to acquire a majority of control of the company. The future is still uncertain and she is much more discreet, but the story is very good and should not end anytime soon.