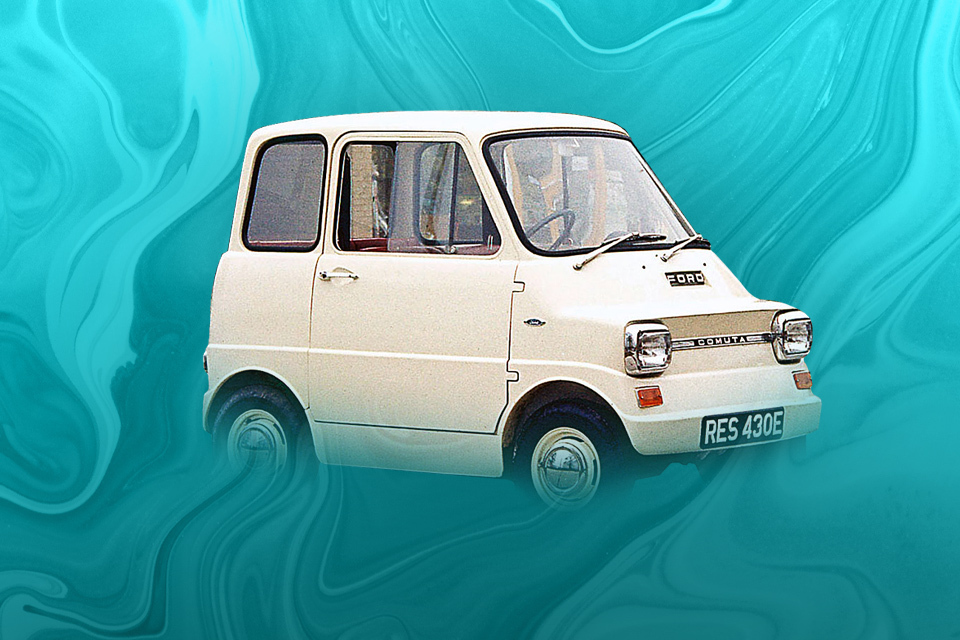 The first of several waves of excitement and development for electric cars is older than you might think. It started around the same time as traditional cars, with the title of ‘first electric car’ being widely disputed among several competitors with similar experiments in different countries.

One of the first records came from Hungary in 1828, when Ányos Jedlik created an electric motor and, to test it, coupled it to a miniature car. In 1835, two more records: Dutch professor Sibrandus Stratingh used Michael Faraday’s principles of electromagnetism and electromagnets to make another small model.

North American Thomas Davenport, who also made the first direct current electric motor, used rails to load a vehicle. At the end of the decade, Scotsman Robert Anderson created a locomotive and then a four-wheeled vehicle. However, all of these models were totally experimental, since there was a lack of city structure, support for scientists and even the invention of certain technologies.

Patents for electrified rails for street cars only came a few decades later and the world’s first lead-acid rechargeable battery was only invented in 1859 by the Frenchman Gaston Planté.

The first electric-powered vehicle that had a driver and actually went out on the streets was a tricycle created by the Frenchman Gustave Trouvé, in 1881, displayed at a fair at the time. The Englishman Thomas Parker is also credited with inventing an electric car in 1884, which he used to go to work every day. Another strong competitor is Flocken Elektrowagen, from 1988, made in Germany and with a carriage appearance.

The creation of the Porsche

But a considerable advance even came in the United States thanks to chemist William Morrison, who in 1890 began to take an easy-to-use electric car for races and parades in Des Moines, Iowa. In 1898 we even had the creation of the Porsche P1, the automaker’s first car, at the time made from scratch by the founder Ferdinand Porsche.

This model was said to have been lost until 2014, when it was rediscovered in a warehouse in Austria. In fact, two years later, Porsche would create the Semper Vivus, considered the first hybrid car in the world. He already had a very modern energy scheme: internal combustion engines for autonomy, feeding electric motors that were in the region of the wheels.

Even Thomas Edison, one of the most powerful industrialists and inventors of the time, tried to enter the market with research and patents, but did not advance. In the early 1900s, almost 30% of cars in the United States were electric, several of them taxis – which was not much, because there wasn’t even that many cars in the country.

But it showed how this market had room to grow and was a viable alternative from the beginning, especially over short distances and within the city limits. Marketing at the time was aimed especially at women.

All of these pioneers came long before the Ford Model T emerged and started the mass-fueled car industry. When Ford mainly started this revolution and won the industry for the practicality of its cars, electric models were losing the market.

They became models for specific use, such as in ambulances, milk delivery cars or trams on rails, but not for individual and everyday use. Batteries lost ground to the oil industry, which was taking off with a strong lobby from increasingly large companies, and would not give space to competitors. Steam cars, which were impractical and took too long to catch the stride, were even further behind.

In 1912, Charles Kettering invented the starter, the electric ignition system that made it possible to start combustion engines in a much simpler way than turning a crank. The technology was first used by Cadillac and made gasoline cars much easier to use. Companies like Detroit Electric have even made a name for themselves and survived for some time, but the early 1930s marked the end of this first era of electric cars.

The slow recovery still begins twenty years later, with world wars going on. Of course, this period was not completely dark, we had projects like the Tama, a Japanese model from 1947 from Tokyo Electro Automobile, which after mergers and name changes became Nissan. Or the nice 1959 Charles Townabout concept. But nothing concrete. 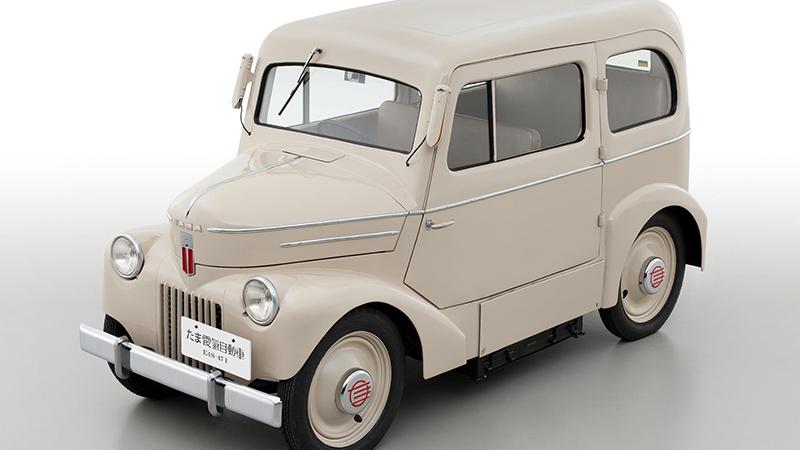 The first measures were political: London and New York passed 56 and 66 laws to reduce pollution in the urban perimeter, especially after large concentrations of smoke scared the population. And, especially in the case of the United States, this even involved popularizing electric cars.

A new wave of designs or prototypes began to pop, such as the 1964 General Motors Electrovair, the Ford Comuta 67 experiment and the BMW 1602 E, most of which were never mass-produced, only showing that the giants were eyeing this possibility. Another striking fact came in 71, when the Apollo 15 lunar exploration vehicle traveled by our natural satellite running on batteries, in yet another display of how this type of mobility was indeed possible even in very different conditions.

But if the ecological campaign did not give so much results, a problem that affected the pocket, then yes, it generated visibility. 1973 is the year of a major oil crisis, when an embargo by Arab exporting nations affected the entire industry, increased barrel prices, generated panic in the sector and made many people notice how much the world society was dependent on this single form of energy .
New models start to emerge, in this footprint of alternative and sustainability.

Some of the highlights include the Chevrolet Electrovette and the Sears XDH-1, of 77, as well as a Brazilian example: Itaipu, by Gurgel. Another very curious car that appeared there was the CitiCar, with a very peculiar look and manufacture by Sebring-Vanguard. Less than 5,000 CitiCars have been sold, but they have shown that small automakers can be part of the solution to popularize electric cars, not just giants.

Interest dropped again, now because price and performance didn’t even compare to gasoline models. Even so, in the 80s, the main advances are in the field of battery technology and the big name here is John Goodenough, from the University of Oxford.

He was the team leader responsible for the cathode made from lithium-cobalt oxide, which is none other than one of the principles of the lithium ion battery. You know this name well, because it is the composition of electronic batteries in general, from cell phones to automobiles. Sony was the company that started selling these batteries and mass production, in the early 90s.

The work with lithium-ion batteries in 2019 won the Nobel Prize in Chemistry for Goodenough with other researchers who improved the technology. And this video is not about the operation of electric cars, so I’m not going to talk about how the inverter converts the current to the induction motor and everything, or how the charging stations for cars with plug work.

And there’s more prototype coming out, like the HTV-1, which was a plug-in hybrid from General Electric and Volkswagen introduced in 82, and the Audi Duo, from 89, which was in the same category, but never went beyond a concept .

The 1990s were marked by yet another push from the law, this time with the Zero Emission Vehicle Program in California. As a result of this vehicle sustainability policy, the law helped automakers to try again to manufacture a new batch of trams. Very varied models came, such as the Toyota Rav4, the Honda EV Plus, the Chevrolet S-10 and a Ford Ranger that drew a lot of attention for its performance.

But there is no way: the highlight of this period was EV1, from General Motors. It was launched in 1996 and had everything to be the leader of this new phase, considered the first contemporary mass-produced electric and turned to the public until it was discontinued almost mysteriously in 1999, with the circulating models collected to be destroyed or donated to museums. and universities. 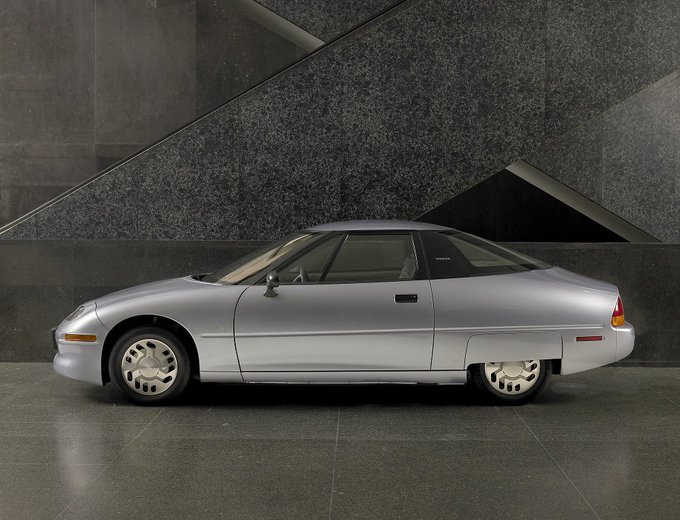 The documentary “Who Killed the Electric Car?” tells this story well and speculates about what happened. The lack of government support, pressure from automakers and the oil industry and low consumer interest are some of the suspects pointed out, some with more of the blame than others.

At least the EV1 was a milestone for other models to emerge. The Toyota Prius, from the end of 97, inaugurated a line of success and only confirmed the strength of Japanese automakers in this market. Prius has for many years been synonymous with the popular electric car in many parts of the world.

Ford continued its research by launching a variation of a popular model, the e-Ka, in 2001. But in the early 2000s, small brands were the ones who made the most noise. Think Global, based in Norway and for a time a Ford subsidiary, launched a nice model called TH! NK City in 2008, after testing it for years. It was a good model, but expensive, and it ended up being forgotten.

The birth of Tesla Motors

In 2004, Tesla Motors was founded, which brought a climate of startup and risky investments like Silicon Valley to the electric car market. The first model announced was the Roadster, which started production only in 2008, when Elon Musk took over as CEO. Tesla’s story involves small-scale production in the beginning, the construction of charging stations spread across the United States and the dream of automatic pilot. Today, she has all of that and more, with several models already launched.

This year of 2008 still marks the arrival of China with everything in the sector, with emphasis on companies such as JAC, which even came to Brazil, and BYD, which launched the F3DM, the first plug-in hybrid of sedan format and commercial production . This is the type of car that has an electric motor and a combustion engine, and can be connected to an external power source to save on recharging.

The new gas in the industry proved to be definitive: automakers embrace hybrid or even fully electric models for good, now no longer just a concept or prototype for car shows, but marketed and with a very generous stock.

Even Porsche, which was mentioned there at the beginning of the video, saw the importance of being in this market with the Porsche Taycan luxury model. As practically every automaker decided to make at least one electric model, it is clear that it is not possible to quote everyone here. But you can even talk about how Brazil ventures, even if still timidly, in its own projects: Pompéo had its first concept revealed in 2009, while Hitech Electric’s e.coTech 4 Autonomous was revealed in 2020.

Of course, we also had some fiascos, which tried to be the ‘new Tesla’ without delivering results, like LeEco, Faraday Future and so many others. Even a modality of motorsport for electric cars was created, Formula E, disputed for the first time in 2014. In fact, Lucas di Grassi and Nelsinho Piquet were already champions there.

The new wave of trams

In 2017, the annual sale of electric cars surpassed the barrier of one million units for the first time. In other words, there is no turning back: after so many passing waves, they are here to stay. Countries mainly in Europe are increasingly imposing restrictions on the circulation and sale of fuel models, with Norway and the United Kingdom having the boldest deadlines. Germany has increased subsidies and the end of fees for those who buy an electric model.

It’s just that you can’t think that it’s easy to change an entire industry like that from one moment to the next, because the challenges are still many. It is necessary to make the car, battery and electricity a little cheaper. Autonomy technologies also have room for improvement. In addition, the state needs to assist in negotiations for the opening of charging stations or tax exemptions. It is a long road full of obstacles, but electric cars have been on this road for a long time.