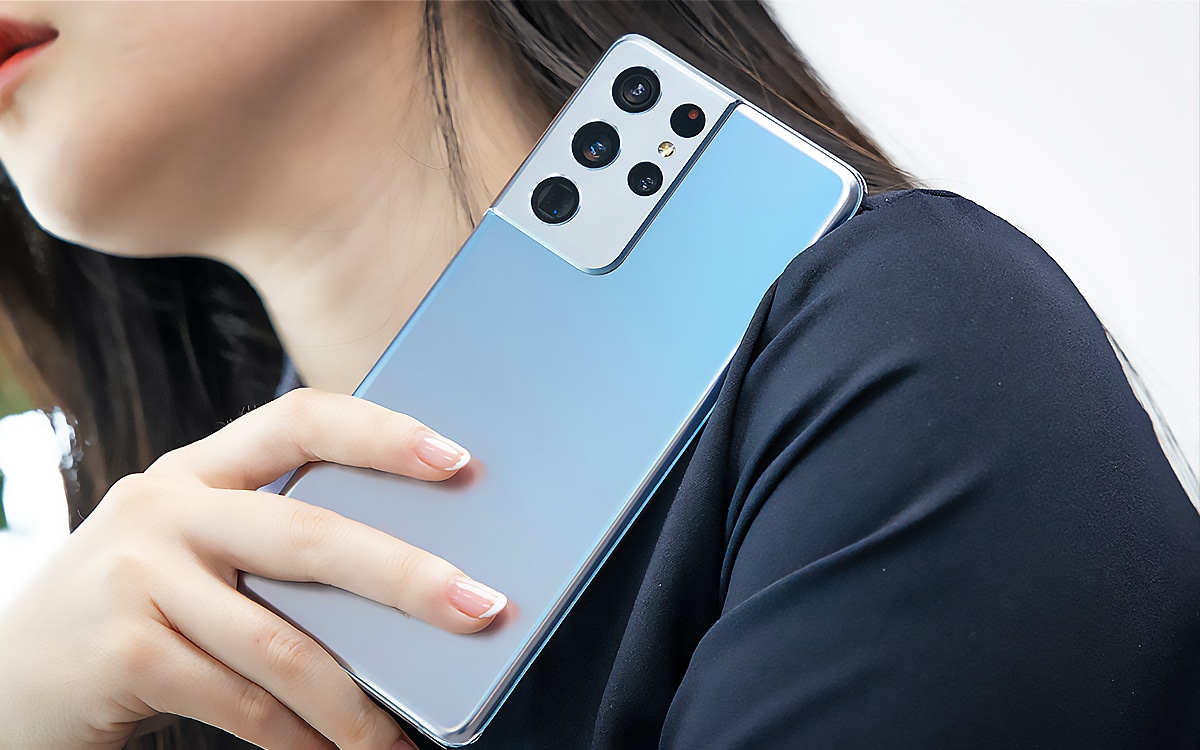 iFixit has just released its detailed Galaxy S21 Ultra teardown guide after already testing the classic Galaxy S21. The most expensive smartphone in the range nevertheless scores a mediocre repairability score of 3/10 compared to the rating of 4/10 for the base model. A severe note that contrasts with the official repairability index of the smartphone.

Let’s be clear and honest: the repairability of smartphones is important, but they are mostly designed as highly integrated objects, allowing them to always push the boundaries of what a mobile device can do in a very small footprint. With the years, So we got used to smartphones being difficult to open, in any case without suitable equipment. There are usually a lot of glue, and the glass panels (screen and back) that complete the sandwich are particularly fragile.

Therefore when iFixit dismantles a high-end smartphone, it often suffers from a lower than average score. We note that this is not the case with all devices either, far from it. The latest iPhone 12 and 12 Pro and the Google Pixel 4a, to name just these models, all received an iFixit rating of 6/10, the OnePlus 5, a score of 7/10 – and of course, unsurprisingly, the Fairphones all get a rating of 10/10. But Samsung is rather a subscriber of iFixit notes under 5/10, especially since the switch to ultra-integrated Galaxy S8-style designs.

As you can see in the video at the end of the article, the Galaxy S21 received an already fairly poor repairability score of 4/10. But according to the latest guide published on the site (the video teardown should be available in the next few hours) the Galaxy S21 Ultra is even worse. We note that iFixit makes a lot of efforts to highlight progress compared to the previous generation. There is in particular a reorganization of components on this model which works in favor of a more efficient smartphone, notes iFixit.

The S21 Ultra also offers a fingerprint sensor under the screen 77% larger than on other models. But this is obviously not enough to compensate for a design that independent repairers and the most daring individuals are sure to hate. iFixit thus delivers the score of 3/10. In the good points, the site appreciates that all the screws are of the same type which avoids having to buy specialized tools. The design inside is on the whole rather modular.

But in comparison, the S21 had a polycarbonate back that was significantly less risky to remove and replace than the fragile and expensive glass back of the Galaxy S21 Ultra.. iFixit also notes that the Galaxy S21 had a modular connector that simplified screen replacement – which is no longer the case with the Ultra. We also find the contrast between the severity of the iFixit rating and the score obtained by the smartphone as part of the official repairability index quite amusing.

However, Samsung estimates that the official repairability index of the S21 Ultra is close to 10/10

The Galaxy S21 Ultra indeed displays a rating of 8.2 / 10 identical to that of the Galaxy S21. However, we do not know the details of the criteria that allowed Samsung to post such a score. We also note that the official repairability index of the latest iPhone 12 (6/10) sticks perfectly to their rating on iFixit. Similarly, the Pixel 4a index (6.2 / 10) corresponds to their iFixit rating (6/10). Could it already be the sign that some manufacturers will abuse the system and inflate their repairability index ?

In any case, we hope that the grid which led to these indices will be available quickly, since this is one of the only ways to ensure the reliability of the self-assessment of each manufacturer’s products. And that the sanctions will soon fall to avoid too great distortions of competition which could be reinforced in the coming months if some cheat.

During the first year of entry into force of the repairability index, however, no sanction is provided for in the event that manufacturers and distributors do not offer this index to their customers. Sanctions (the nature of which is not yet specified) could only be applied from 2022.