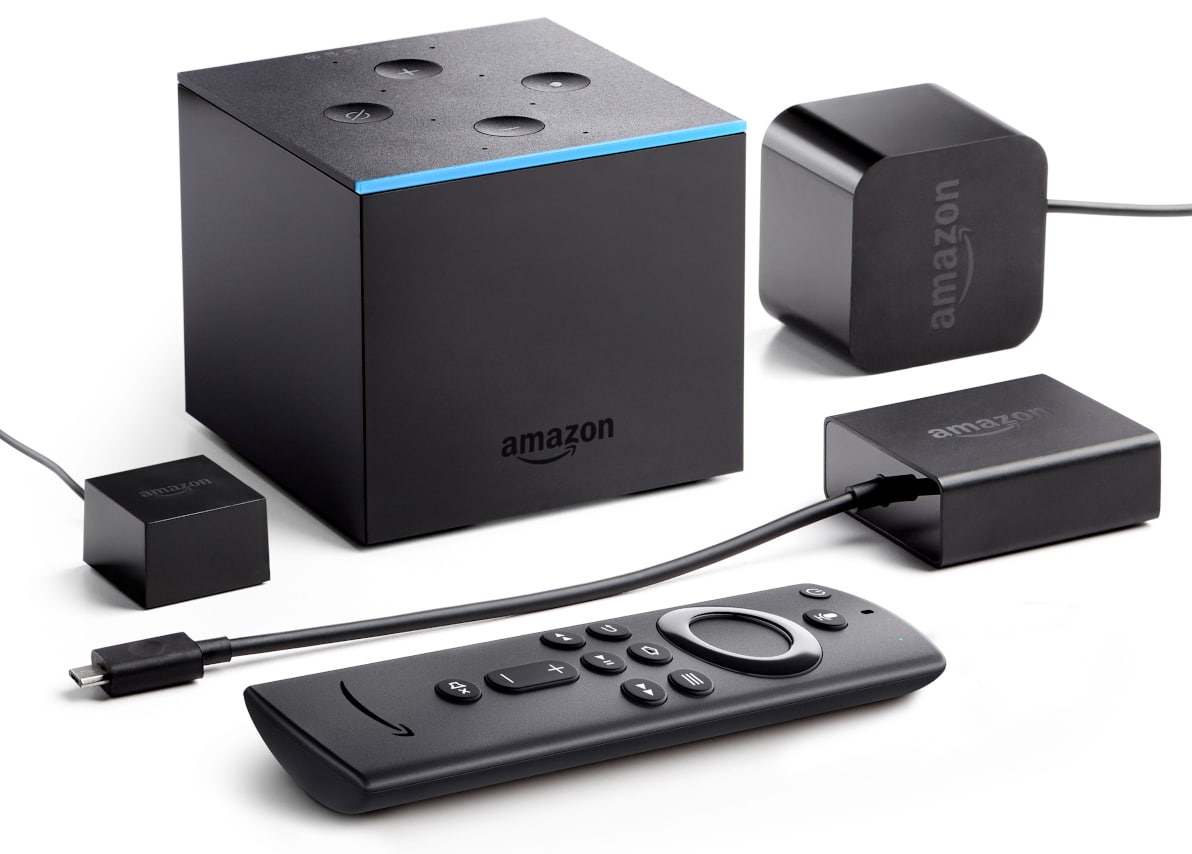 Amazon introduced a line of new home automation products for the US and international markets. Among them is the Fire TV Cube, a device presented in 2019 in the United States that combines the benefits of a Fire TV Stick and an Echo speaker. It will be on sale in France at around 120 euros.

On September 24, 2020, Amazon made several announcements regarding its home automation product lines. Announcements that often concern all the markets where the distributor is present, notably Europe and the United States. But others are targeting certain countries, such as France. Indeed, in the midst of the new Fire TV and Echo hides a small cube that was unveiled in 2019, but which had not yet had the chance to arrive on this side of the Atlantic. His name: the Fire TV Cube.

The Fire TV Cube is a very interesting concept. It is the reunion between a Fire TV Stick and a still connected speaker. On the one hand, it has all the strengths of an Echo. Voice commands with Alexa. Control of connected devices (thermostat, camera, bulbs, etc.). Like the Echo range, Fire TV Cube is compatible with Ring, Arlo, Blink, TP Link, Netatmo, D-Link, Somfy, Nuki or Tado devices.

On the other hand, it offers all the advantages of a Fire TV Stick: it turns any television into a SmartTV. The Fire TV interface obviously includes all Amazon Prime services (Prime Video, Twitch and Prime Music), as well as a bunch of other services like Netflix, Disney +, Spotify, YouTube, Molotov, etc. There would even be… Apple TV +. This is what we discover on the product sheet available on Amazon.fr.

Technically, Fire TV Cube is equipped with a hexa-core chipset (four powerful cores clocked at 2.2 GHz and two thrifty cores clocked at 1.9 GHz) with GPU ARM Mali G52-MP2, of 2 GB of RAM, from 16 GB of internal storage, a WiFi ac modem, a Bluetooth 5.0 connection, a 40mm speaker and eight microphones for voice commands and active noise reduction. The Fire TV Cube is equipped with an HDMI port, a microUSB port and an infrared port.

On the video side, it is compatible 4K at 60 frames per second and HDR (HDR10 + and Dolby Vision). And on the audio side, it’s Dolby Atmos certified and it supports 7.1 audio systems. And if you have a multiroom system, it is also able to support it to intelligently stream your music. It runs on a proprietary operating system. The Fire TV Cube will not be for sale at Boulanger or other retailers. It is only offered on Amazon. Its price in France is 120 euros (to within 1 cent).

Let’s take the opportunity of this presentation of the Fire TV Cube to discuss the launch (worldwide this time) of two new Fire TV Sticks. The first is the new iteration of the Fire TV Stick original and the second is its reduced variation called Fire TV Stick Lite. Sold respectively at 40 euros and 30 euros (available now on Amazon and soon at Boulanger), they take the strengths of previous small HDMI boxes: wireless connection to the Internet, compatible with Alexa, extremely small format.

The new classic Fire TV Stick is now HDR compatible. The display definition does not change: 1080p at 60 frames per second. It has a quad-core chipset, 8 GB of storage space, a dual band WiFi ac modem and a Bluetooth 5.0 connection. It is Dolby Atmos and Dolby Digital compatible. Like the Fire TV Cube, the system is compatible with many TV and VOD services.

The Fire TV Stick Lite has all of these elements: connectivity, Full HD definition, HDR support, numerous services and applications, quad-core chipset and 8 GB of RAM, etc. Two notable differences. The first is the lack of Dolby certification. The second is the remote control, which is much simpler. This excludes commands related to the television (no volume control, for example).

Do not hesitate to also take a look at the other articles on the novelties announced by Amazon in parallel with this new Fire TV range: the new Echo range, of course, but also Luna, the streaming game service to compete with xCloud and Stadia , as well as Ring’s new camera that hides a drone.