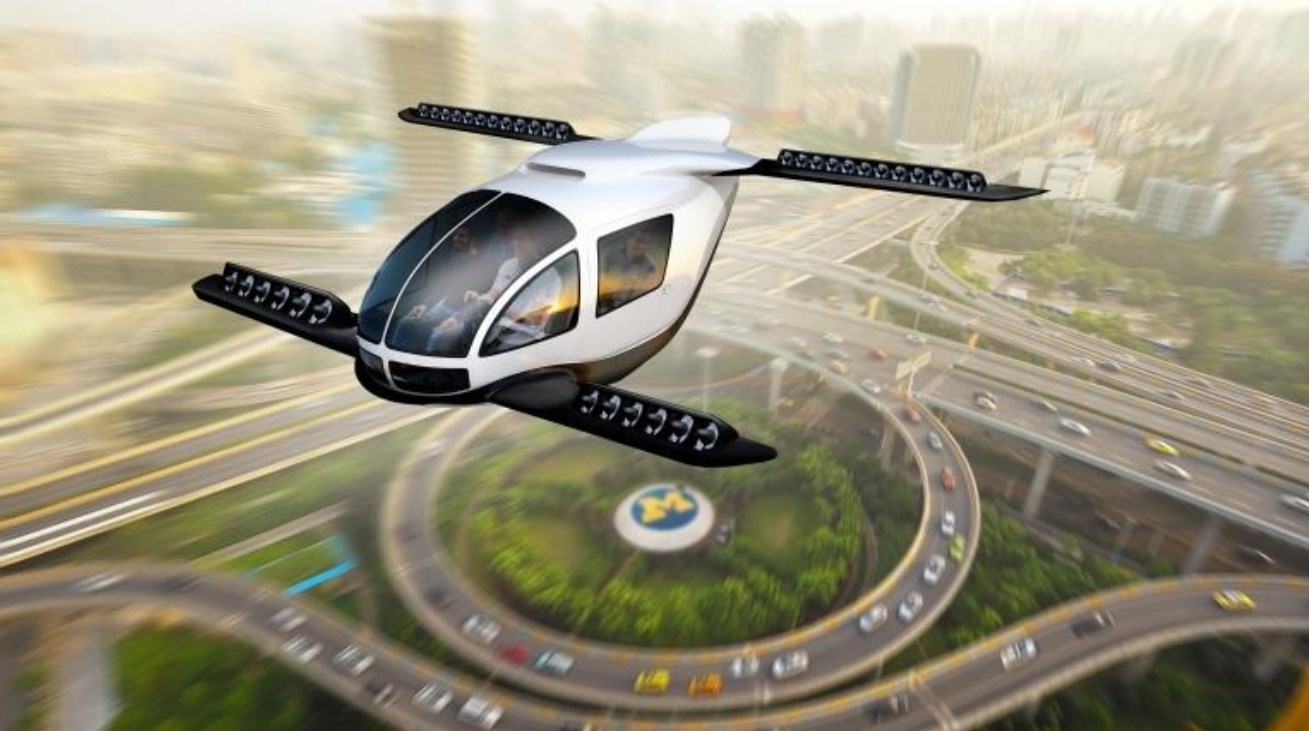 I doubt to find any fan of films like Back to the future (1985) or Blade Runner (1982) who has not dreamed, since the 1980s, of the possibility of having a flying car. Not an air taxi, drone or cool helicopter, but a car, with a bold model and features, that optimizes urban mobility and brings a boost to cities that suffer from daily congestion on land. Well know that, if it depends on some optimistic projections of giants in the automobile and aviation sector, this dream may come true from 2022.

But let’s go by parts. The announcement about 2022 was made in September last year by the “Chinese Tesla”, Xpeng Motors, during the Beijing Motor Show, and would cover – at first – only the territory of China. The electric vehicle startup presented its development plan for a flying car in investment by the automaker with Alibaba, the Chinese giant in the field of online sales. However, according to details from the Estadão, like the prototype of a flying vehicle from Hyundai and Uber, the Xpeng model is nothing like a car, more like a small helicopter or giant drone. The unit has eight propellers and a capsule-shaped structure for up to two people.

The fact is that the race to develop the world’s first viable flying car is accelerating. By August 2020, there were 19 projects under development, which include players such as Airbus, Boeing and the German Volocopter – which plans the first tests for this year and the launch of a commercial version also in 2022.

During CES 2021, the largest technology fair in the world, General Motors (GM) presented concepts for two electric vehicles: an autonomous “common” and a vertical take-off and landing vehicle (in the acronym, eVTOL) for one person, which they do part of the Cadillac Halo portfolio, but have no development forecast.

In Russia, according to Popular Mechanics magazine, Hoversurf (an urban air mobility company) started testing the Taxi Hover drone, a flying vehicle that can transport passengers and cargo, in the shape of a standard five-meter by 1.6-meter car. The vehicle can reach 150 meters of altitude, reach up to 200 km / h in speed and travel a distance of up to 100 kilometers at once.

In a long and recent report on the most promising flying car models, the BBC News brings together some interesting industry analysts. For Volocopter’s vice president of public relations, Fabien Nestmann, every individual should have the option of walking, driving, cycling or flying.

“Volocopter hopes to win consumer confidence before making the transition to a full autonomy model: a wingless electric vehicle powered by nine batteries, which will transport passengers through a planned network of vertiports – airports for aircraft that take off and land vertically – in major cities. ”

Takako Wada, representative of SkyDrive, guarantees that consumer demand has grown, “but humans have not yet offered a clear solution for traffic, even with options such as electric cars or fast alternatives like TGV (from the French“ train to grande vitesse ”, intercity train in France)”.

The enthusiasts of the flying modal are not tired of presenting its advantages, but caution is necessary when analyzing basic issues such as investment, cost to the user, air logistics involved (the “routes in the sky” would need to be managed to reconcile helicopters, drones, cars and planes , without forgetting the birds), as well as the necessary skills, something like a pilot’s license – which is not at all simple.

Aviation authorities are already discussing security policies and standards that will govern this new transport sector. While the commercial aircraft on which we travel today are monitored by a control tower, with human controllers, the flying machines of that soon future would have a UTM (Unmanned Traffic Management).

The piloted VTOL models will require a new type of dynamics to avoid obstacles. In addition, manufacturers and operators will need to prove that there would be no damage to passengers or people on the ground. The European Aviation Safety Agency (EASA) has also created a set of technical specifications for VTOLS, although it has not yet decided how to do the certification.

The fact is that this modal is under development and can bring benefits in the delivery of loads or mobility of (few) people in intercity distances, which still requires many improvements and legislation designed for the safety of society. But its effectiveness should not be ruled out, as some more fatalistic analysts do when they say that “flying cars will never be a practical reality”. So yes! The flying cars will eventually serve several purposes, facilitating mobility and also the transport of small loads.

I conclude this column using an analysis by the director of the NASA Aeronautical Research Institute, Parimal Kopardekar, also heard in the BBC News: “The dream of air transport has existed for a long time. In the long run, from 2045 onwards, enterprises and green spaces will become much more integrated. While we can never eliminate subways and roads, we can reduce your footprint with these machines. mile on the road takes you just a mile. A mile of aviation can take you anywhere. ”

Beto Marcelino, biweekly columnist of TecMundo, is an agronomist, founding partner and director of government relations at iCities, a company of projects and solutions in smart cities, which organizes the Smart City Expo Curitiba, the largest event in Brazil on the theme, with the seal of FIRA Barcelona.