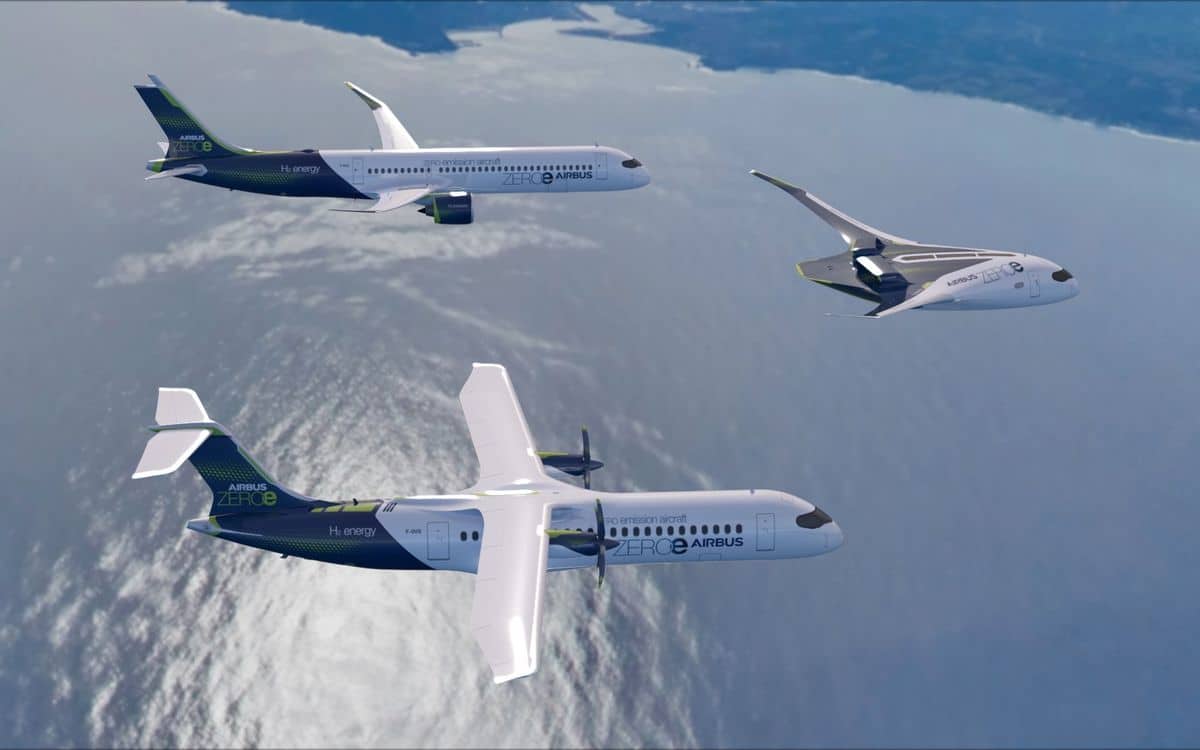 Airbus presented its first zero emission aircraft concepts. In total, three concepts were unveiled and all three offer a viable solution to avoid polluting. They indeed use a hydrogen engine. While this fuel has many ecological advantages, it also has drawbacks. Airbus therefore had to adapt.

Air transport is one of the great challenges of ecology. Traveling by plane is extremely polluting, which is why some people simply prefer to stop using this means of transport. It is for these reasons that Airbus has decided to revise its copy and present concepts of future aircraft that run on hydrogen. Right now, what 3D ideas and concepts are. However, the French aircraft manufacturer specifies that the first models of this type could fly by 2035.

To fly an airplane, we currently use kerosene, a very polluting fossil fuel. For the planes of the future, Airbus has thought of using another fuel, already very popular in the aerospace industry: hydrogen. A bold plan, according to the company’s own admission, which wants to impose the biggest revolution in its history on the aviation industry.

Hydrogen does not pollute. Unlike kerosene, it does not emit CO², just water. So hard not to be convinced by this type of fuel. Nevertheless, it represents a definite disadvantage. It should be stored at -250 degrees and most importantly, it takes up much more space than kerosene. It is up to four times larger. This is why Airbus is forced to completely rethink the way it makes airplanes. Impossible to take the current designs to adapt them to this new engine. We must completely rethink the very way of drawing a flying machine.

Three planes for the price of one

This is exactly what Airbus did by presenting its first three ZEROe aircraft concepts, or zero emissions. The hydrogen tank must find its place in the design of the vehicle The first presented is a classic turbojet engine that looks a lot like what we have today with the A320, for example. However, we note that the rear of the plane does not have windows and for good reason, since this is where the hydrogen is stored. This plane (for the imaginary moment) could carry up to 200 passengers for a journey of 3,500 kilometers. 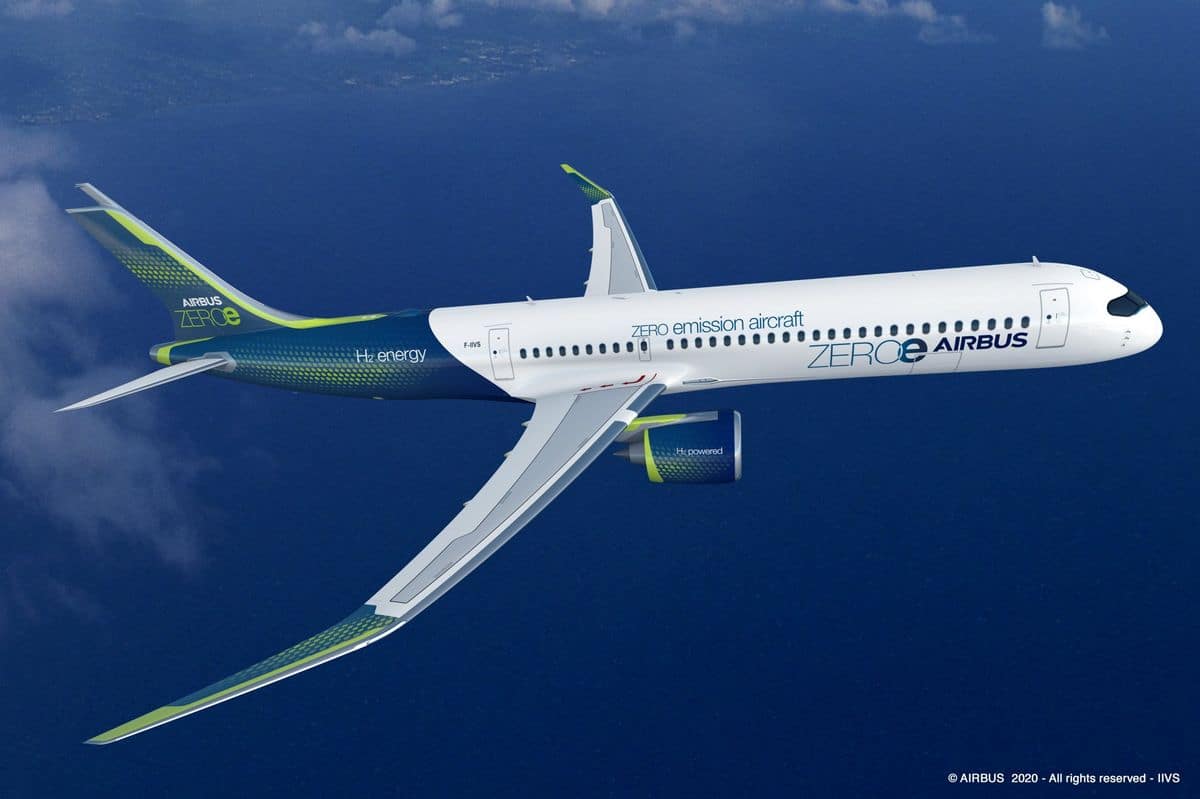 The second concept presented is a much more modest propeller plane. This is a small machine intended for very short flights and which can carry only 100 people. 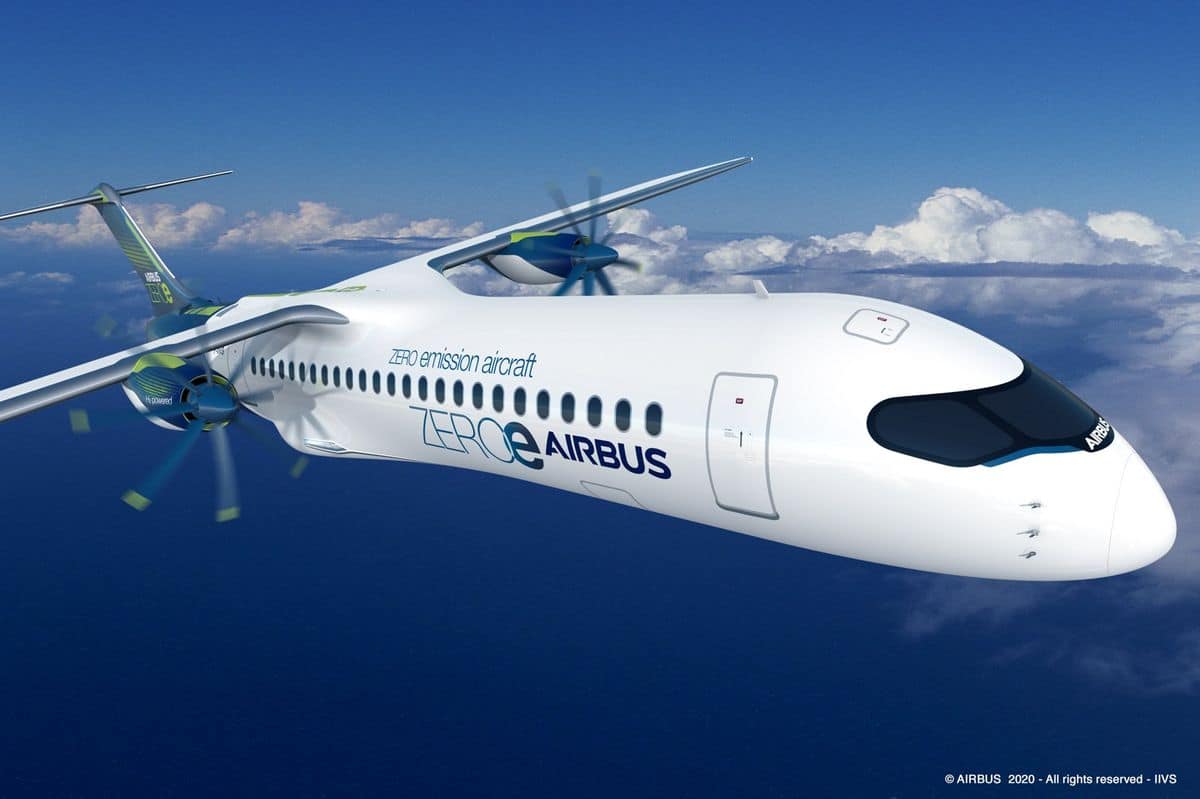 Finally, the third concept presented by Airbus takes a form that we have already seen time and time again, but which never came to fruition: it is the flying wing. Here, Airbus gives few details, but explains that the shape of the plane allows hydrogen to be stored very easily without making any concessions on design. 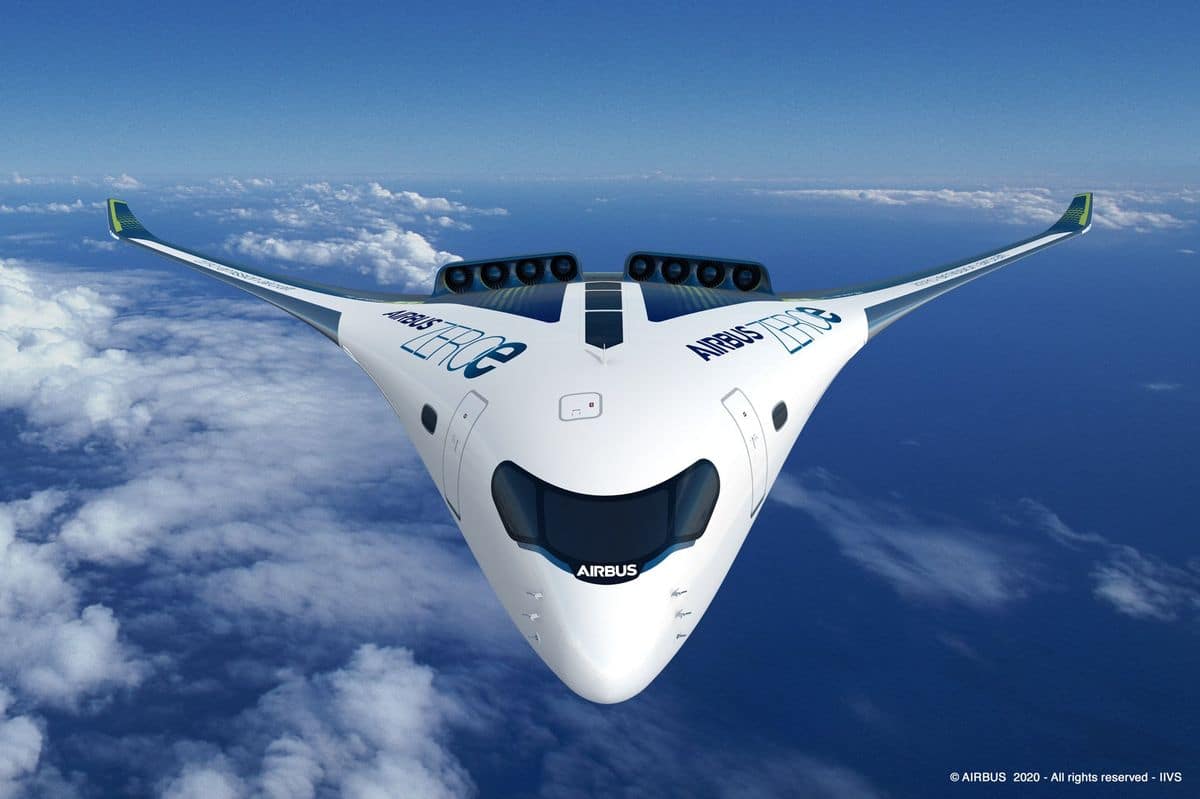 For now, we have great promises and bold 3D concepts here. But between images and commercial exploitation, there is a world that Airbus promises us to cross. The time to develop this technology and to collaborate with partner companies, the French firm hopes to be able to start work on its planes by 2028. The goal is here to offer commercial flights from 2035. A date that seems distant, but in reality very near in the field of aviation. The aircraft manufacturer wants to be the first in its industry to offer this type of vehicle.

Airbus will also be able to count on the support of the French States, which has released 15 billion euros in a broad plan to support the sector. The latter was very difficult to touch by the coronavirus, but he had to reinvent himself anyway in the face of ecological issues which are becoming more and more pressing.