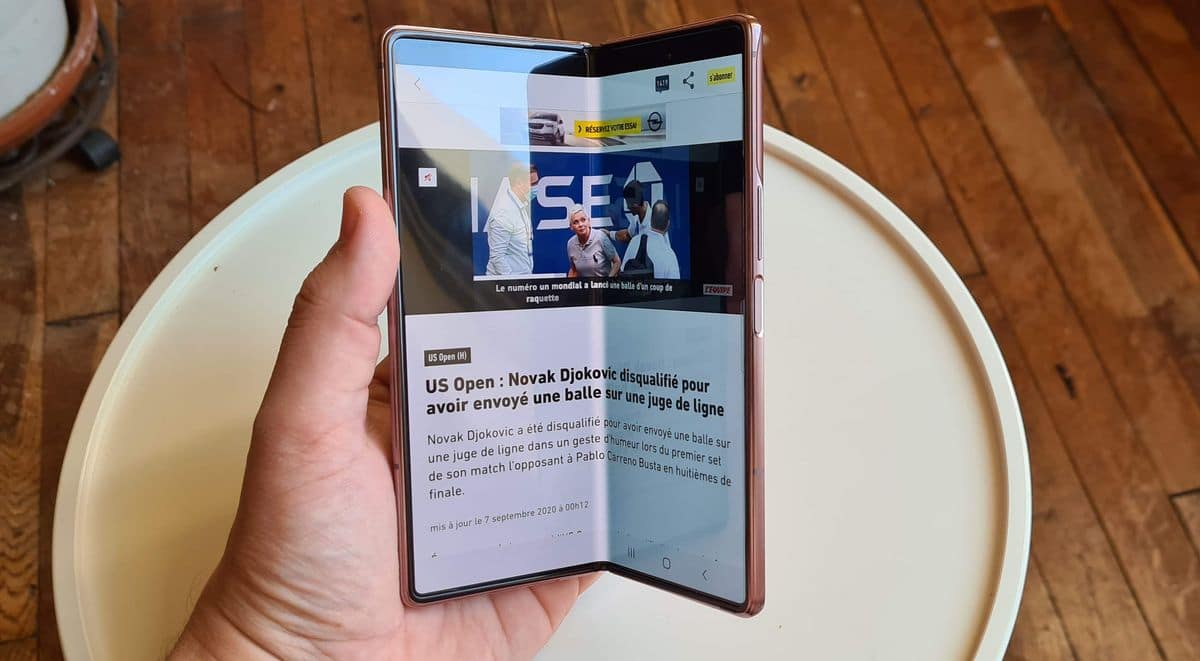 Samsung is reportedly planning to make the future Galaxy Z Fold 3 compatible with S-Pen styluses, a feature expected with the Galaxy Z Fold 2. The benefit would be to further improve productivity on smartphones. It would be the second Samsung smartphone outside the Galaxy Note to benefit from this compatibility after the Galaxy S21 Ultra.

A week ago, six months after the United States, Microsoft launched the Surface Duo in France, its first smartphone for the Surface range and its first dual-screen Android smartphone. Even though this first generation Surface Duo suffers from several technical problems, the Redmond firm achieved a goal long before other more seasoned brands: offer an optimized platform for working on the go. The dual screen. Application management. The different positions of the hinge. The finesse of the chassis. All this greatly contributes to improving productivity on smartphones.

Microsoft has thus achieved something that Samsung has been working on for a long time with the Galaxy Note range. As a reminder, this range, born almost 10 years ago (2012 to be exact), was developed by Samsung to recreate a “PDA” type grip (if, you know, those Palm Pilot-type personal assistants that all bosses and managers had in their pockets). By combining a large screen (the largest screens for smartphones at the time) with a touch pen, the famous S-Pen, Samsung created a market segment in telephony in which all its competitors then rushed.

Until 2020, Samsung left the Galaxy Note line with exclusive S-Pen compatibility. But this is no longer the case: last January, Samsung made the Galaxy S21 Ultra compatible with the touch pen. According to many observers, this is a harbinger: the end of the Galaxy Note. This week, we learn that Samsung is expected to extend this compatibility even further to another product that is not a Galaxy Note: the Galaxy Z Fold 3, the hypothetical successor to the Galaxy Fold 2, expected in the coming months (some even claim that it could arrive in May 2021).

This information, which has long been a guess on the part of concept creators, comes from the Korean publication ET News. She explains that the screen of the Galaxy Z Fold 3 will be covered with ultra-thin glass (Ultra Thin Glass) created by Samsung Display. This glass is not only flexible, to accompany the folding of the smartphone, but it also protects against scratches due to the use of the stylus. The integration of this lens is therefore a credible clue to the Fold 3’s compatibility with the S-Pen.

Compatibility with the S-Pen is not fully assured. While the screen should be protected by flexible protective glass, pen support depends on other factors as well. Korean media explains in particular that the layer of the screen that detects the stylus is different from the layer that detects the user’s fingers. And, so far, this stylus detector has never been “bent”. Samsung must therefore create a new detector that works on the entire panel, without omitting the central part.

What future for the Galaxy Note series?

By bringing S-Pen compatibility to the next Fold, Samsung further casts doubt on the commercial future of the Note line. Indeed, with the Galaxy S Ultra on one side and the Galaxy Fold on the other, all smartphone productivity needs are met. There is therefore no longer a “need” for the Galaxy Note, a priori. At least in the long term.

Indeed, in the short term, the range should remain. We believe a Galaxy Note 21 will still be released in 2021. Why? First, because the Galaxy S21 Ultra does not have a dedicated pen slot. Which is a shame in terms of practicality. Then because some customers are not yet ready to spend 2000 euros in a foldable smartphone just to be able to use a touch pen. Especially since Samsung would not be ready to revise the price of the Galaxy Z Fold 3 downwards. But, as the price of flexible screens decreases, this argument will be less and less important.