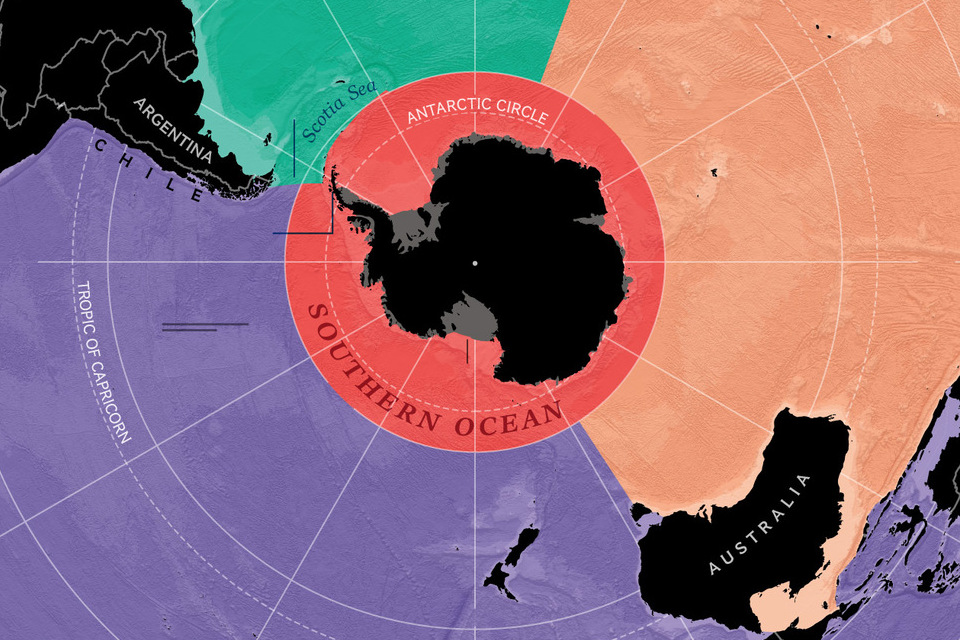 The organization National Geographic announced on June 8, World Oceans Day, that it will recognize the Southern Ocean – which surrounds Antarctica – as the fifth in the world.

It is the first international water mapping done by the entity in over 100 years and, with the change, the fifth body of water will be incorporated in all atlases and maps provided by the organization, along the Atlantic, Pacific, Indian and Arctic oceans.

Southern Ocean is not new 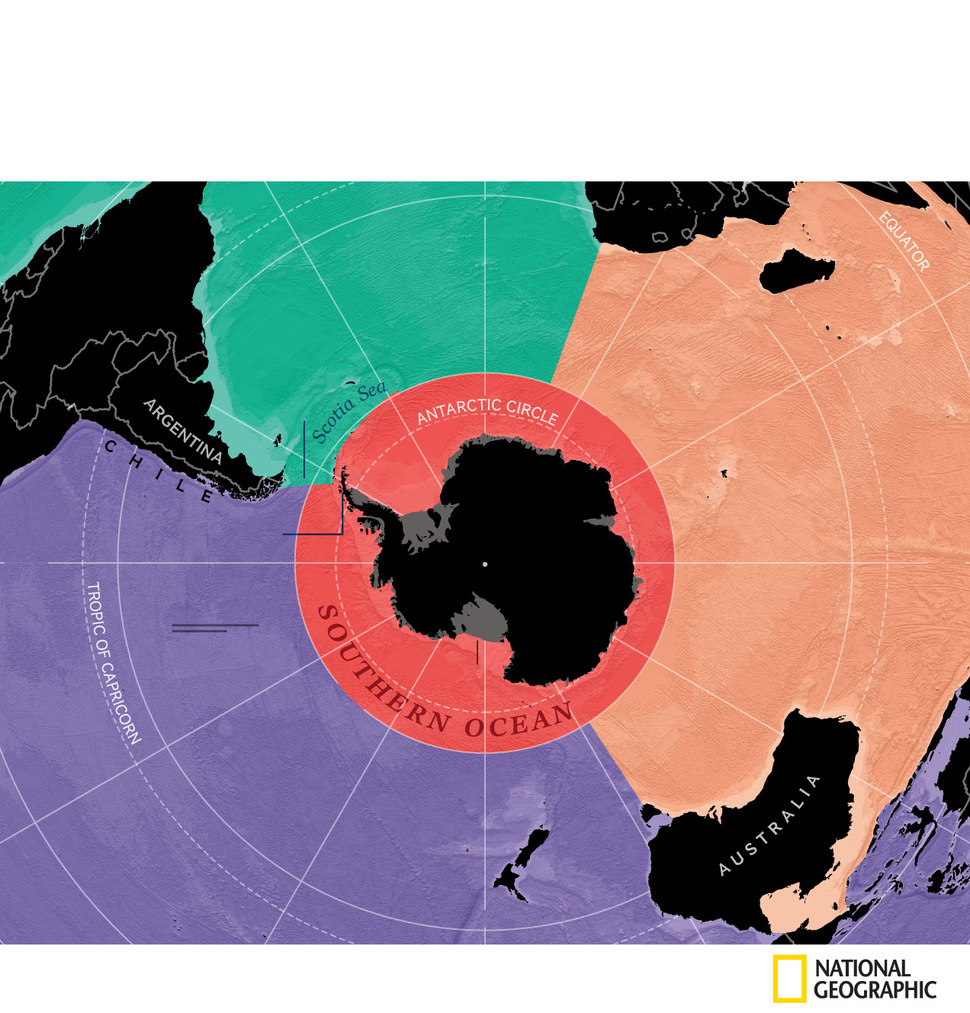 “Scientists have long known that there is a distinct ecological region around Antarctica,” said geographer Alex Tait of National Geographic Society, in an interview with The Washington Post. But when ocean boundaries were proposed in 2000 to the International Hydrographic Organization (OHI) – which tracks and maps the world’s seas and oceans – not all member countries agreed, according to the US National Oceanic and Atmospheric Administration. NOAA.

NOAA officials said the federal agency  already recognized the fifth ocean in 1999, when the US Geographical Names Council approved the name. Southern Ocean – in Brazil, translated as “Antarctic Ocean”.

For Tait, although National Geographic has labeled the ocean on its maps before, there was a disclaimer over the lack of international agreement on nomenclature. “But we thought it was important to officially recognize him,” said the geographer. “People look to us for geographic facts: how many continents, how many countries, how many oceans? So far, we’ve said four oceans,” he said. With the change, the entity now claims that there are five. 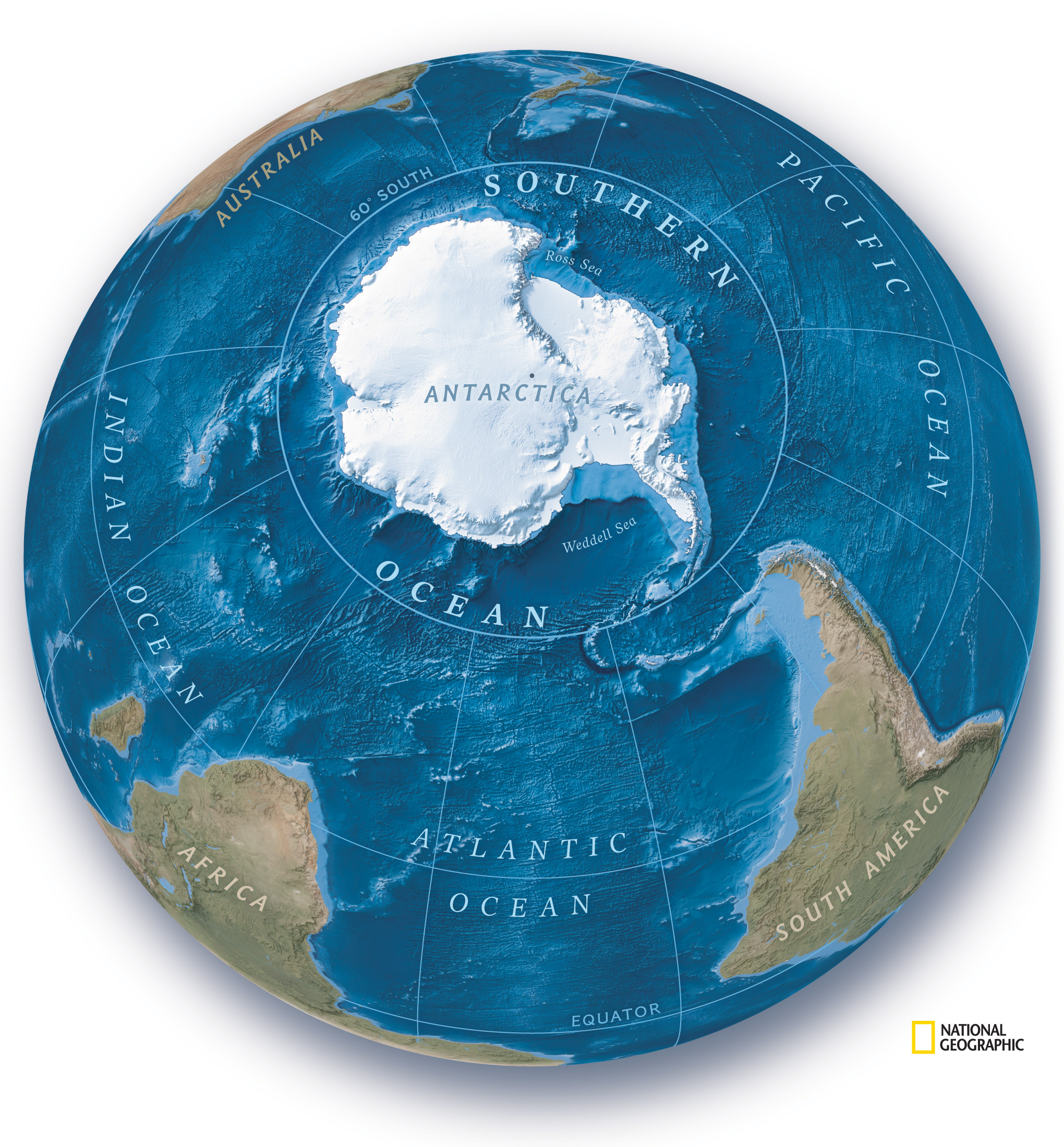 National Geographic has a geography education program and provides online materials for schools and the general public. According to Tait, the organization considers it really important from an educational point of view, as well as from a map labeling point of view, to draw attention to the Southern Ocean as a fifth ocean interconnected to the others.

The Southern Ocean extends from the coast of Antarctica to 60 degrees south latitude, according to NOAA. National Geographic will also use latitude 60 south as the northern limit, excluding the Drake Passage and the Scottish Sea.

Enric Sala, National Geographic explorer, described the ocean to the The Washington Post as a distinct body of water, characterized by the powerful Antarctic Circumpolar Current that flows eastward, “perpetually chasing itself around Antarctica,” he said. Sala explained the shape of the ocean as an “ocean ring at the end of the world connecting the Pacific, Atlantic and Indian oceans.”

Frank Nitsche, a marine geologist and geophysicist at the Lamont-Doherty Earth Observatory at Columbia University in the United States, said that those working in Antarctica call it the Southern Ocean. “But I’ve always been a little confused about how official it is,” the researcher told the The Washington Post. With the National Geographic announcement, he believes a “mapping pattern for many other atlases and maps” has emerged.

Both Tait and Sala believe that recognition of the fifth ocean could raise awareness of its role in Earth’s climate change. Sala said the Southern Ocean contains areas that are the fastest warming up on the planet, such as the Antarctic Peninsula. Sea ice in the Southern Ocean plays an important role in determining ocean circulation and weather patterns — and warming it could “disturb the global climate,” he said.