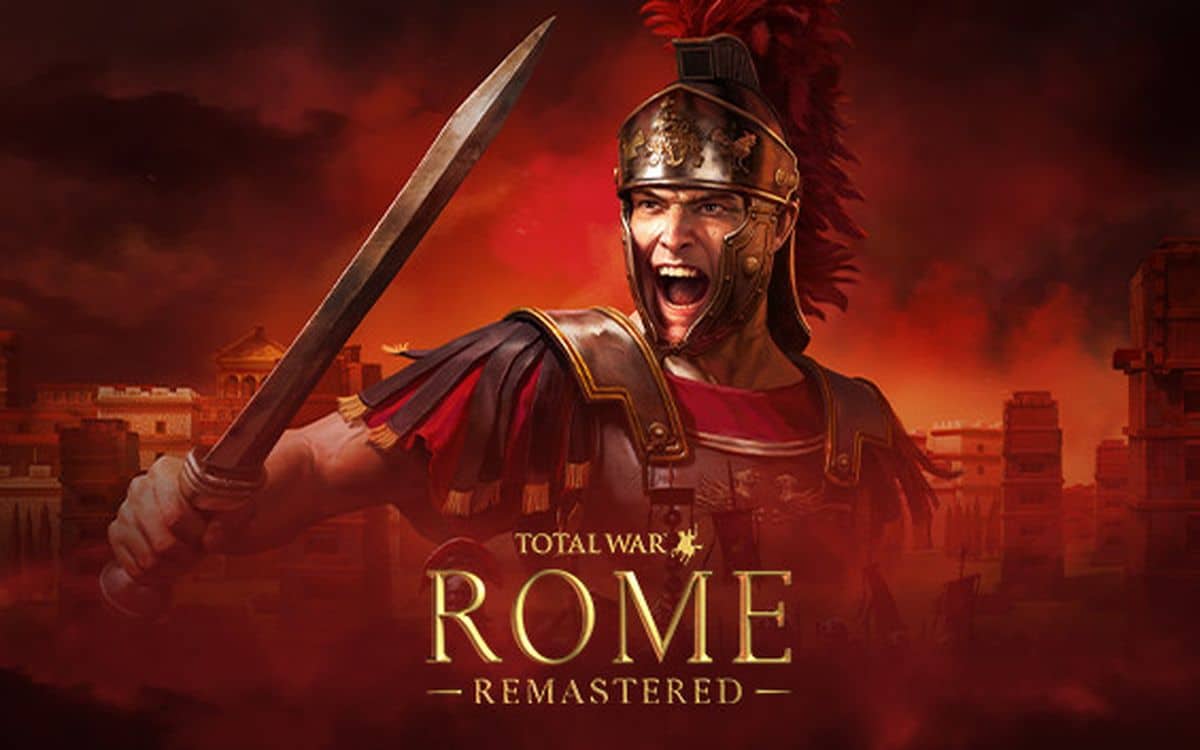 Total War Rome Remastered is out on PC today. An update of the cult 2004 game, it allows you to enjoy the original experience with revisited graphics. It is available on Steam at 30 euros. We got to try it out and here’s our quick review.

Total War is a legendary video game saga and it is punctuated by important games that have advanced the genre in addition to keeping players in suspense. Among these milestones, it is impossible not to mention Rome. Released in 2004, it now enjoys a technical remaster. The title remains the same as it was then, but with revisited graphics. New textures, 4K, 21: 9 support, we’re in front careful restoration work, down to the smallest detail.

The principle of Total War Rome is simple. You choose one of the three Roman houses (other peoples are then unlocked) and you set off to conquer the Mediterranean world. The game, like all Total War, is divided into two phases. One in which you manage your empire and your conquests (either through diplomacy or through war) and another where you must lead an army in major battles. Note that this Remaster also includes the two expansions of the base game: Barbarian Invasions and Alexander.

The old people who spent their nights of 2004 to expand their empire will find what makes the charm of the game. There are still some interesting additions, especially in terms of diplomacy, but in the end, we are more in the field of readjustment than anything else. In short, it is the same and more beautiful. We move our armies, we manage our cities, we campaign as in the great times.

The remaster is technically extremely clean. However, it should be noted that it does not really go beyond the “nostalgic trip” aspect. If you are familiar with the saga, you know that it has evolved greatly over time and the mechanics of Rome are a little old-fashioned today, even downright archaic. We will be amused by the warning on this aspect at the launch of the game, as if Creative Assembly apologized for having changed its formula since then.

The fighting is the aspect that suffers the most from the passage of time. The battlefields seem empty, and the tactics are almost absent. A defect which we can largely overcome, the limitations of the time being able to offer little more. We regret that the loading times between turns have not been optimized. Difficult to wait long seconds, even a minute, for the AI ​​to do its grub while we wait for nothing to do.

If you started Total War late and / or played Rome 2 (2012), you might feel like you’re stepping back in time. Rome 2 is (logically) an improved version of Rome in all aspects of gameplay. Even graphically, it is still more attractive than this Remastered which only “smooths out” the visual of the time. The trip will therefore be perhaps a little rough, even unpleasant, for some, so it is better to reinstall the game from 2012 in this case.

However, Total War Rome Remastered has a strong trump card. In our opinion, it represents the perfect gateway for those who have never touched a bachelor’s degree in their life . The mechanics are simple (even simplistic), therefore easy to learn. Everything is wrapped in a clean technical box for 2021. A perfect initiation to then try the new components, such as Total War Troy, the latest, or the Warhammer.

In fact, Total War Rome Remastered is a very neat update, something we would like to see more often. Creative Assembly is the perfect nostalgic journey for players of the era and offers a good introduction for newbies.