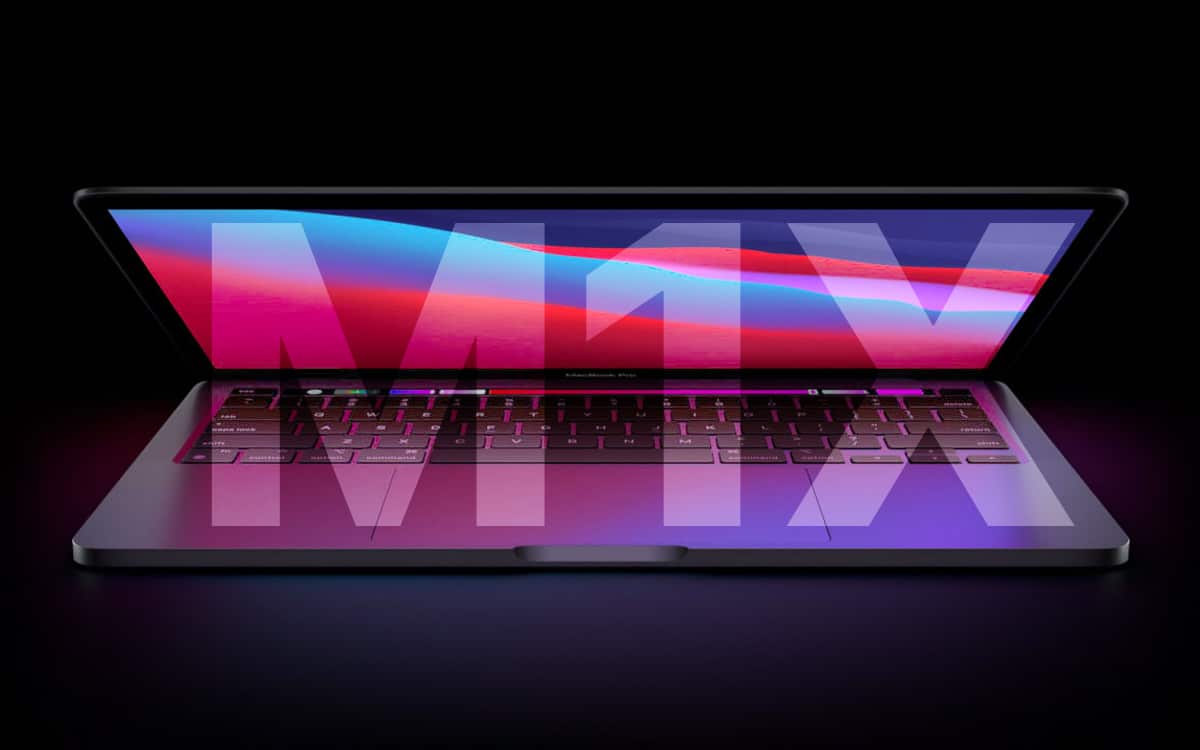 Apple has just confirmed by mistake that the chip of future MacBook Pros will be called “M1X”. The Community Managers of the firm blundered by recording an “Apple M1X MacBook Pro” tag with the video of the WWDC 2021 introductory keynote. The presence of this tag shows that the marketing teams of the firm already seem to be preparing the ground. Announcement imminent?

We knew it from the start: despite their astounding performance, the M1 chip and the devices that integrate it will be the least powerful of the new lineup of macs. Apple must complete the transition to its in-house silicon by unveiling new, more powerful chips. The name “M1X” has been around for some time. However, it does not come directly from Apple but from analysts who simply modeled the naming convention of chips dedicated to the old iPad Pro or certain iPhone models.

The X at Apple generally means increased performance without changing architecture. However, it seems that the Community Managers of the firm have confirmed by accident that the next chip that Apple is about to introduce will indeed be called “M1X”. How do we know? Quite simply because Internet users have spotted, thanks to a Chrome extension, a tag referring to it on the YouTube video of the WWDC 2021 introductory keynote.

These tags, chosen by the channel owners, are normally used to make videos easier to find on the platform and via Google searches. We find the tag “MacBook Pro M1X” next to others like “iOS 15”, “WWDC” or “Swift” – which are for the rest all terms mentioned during the conference: the MacBook Pro M1X is the only subject included in the tags that was not discussed during the event. It’s possible that Apple was hesitant to unveil new MacBook Pros before giving them up at the last minute. The other, more credible theory is that Apple SEO experts are starting to use this term with a view to an imminent launch.

In both cases, you will understand, the fact that Apple is starting to use this term is a sign that an announcement is near. With WWDC 2021 now over, we can expect Apple to host a dedicated event in the coming weeks. Several rumors evoke a presentation of new macs in the course of the summer. The next MacBook Pro M1X are expected to come in two sizes: 14 ″ and 16 ″. The code names attached to these models are already known (J314 and J316).

Apple is expected to operate a redesign deeper than the first M1 computer burst. Apple would have decided in particular to bring back the microSD and HDMI ports instead of the all-Thunderbolt of the current generations. The latest rumors suggest the presence of two variants of the M1X chip, with the code names Jade C-Shop and Jade C-Die. The two chips should offer a CPU with 8 high performance cores and 2 more economy oriented cores. The real difference between these chips will be in the GPU core count (16 or 32 cores).

Read also: Apple M1X – the chip of the next macs is revealed in a mysterious listing

Current M1 chips have “only” 8 GPU cores. And they can seamlessly render videos up to 8K in real time with professional software like Final Cut Pro X or Adobe Premiere. We therefore expect to take a real slap in terms of performance, especially as the new chip will be able to support up to 64 GB of unified RAM memory against only 16 GB for the M1 chip.

Everyone stay calm… but I just spotted these tags on Apple’s YouTube livestream of the June 7 keynote !!!

APPLE CONFIRMED THE M1X !!! @ jon_prosser you were right after all !!!

This isn’t fake, you can get the @TubeBuddy extension for YT and it shows them! pic.twitter.com/C54sBydj7u