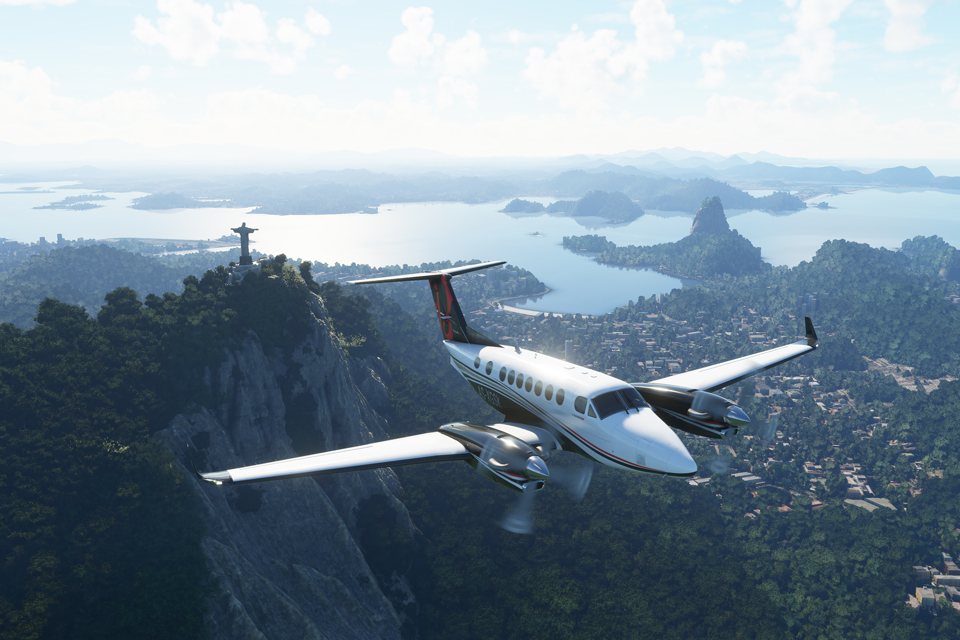 2020 was a packed year for PC gamers. Exclusive titles, pleasant surprises, remastered classics, and famous franchises won a new chapter. All of this made last year one of the best in terms of content quality.

Check out the numbered list – which doesn’t exactly represent a ranking – of the best PC games in 2020:

One of the most famous simulators of all time won a new version in 2020. Flight Simulator arrived taking the level of realism to another level, both in terms of gameplay and graphics.

Realism impresses even in game modes. It is possible to carry out a series of tutorials explaining exactly how to control an airplane, even risking landings and takeoffs in the most diverse scenarios, such as intense fog and heavy rain.

The new chapter of the famous Ubisoft franchise has a Viking theme never before explored. In the game, you control Eivor, a character who needs to avenge his father’s death, in addition to expanding his European empire within.

The game brings a gameplay very well adapted to the theme, with intense combat and a very varied skill system. The PC version has lovely graphics both in characterizing the characters and in detailed elements of the scene.

Mafia put you in control of Tomy in 1940, a young taxi driver who ends up surrendering to the local mafia and performing a series of illegal tasks, such as smuggling weapons and drinks, eliminating enemies from other organizations, among other activities.

Another expansion of the classic World of Warcraft was launched in 2020: Shadowlands take players to a whole new area in the game, where they’ll find a new story, plus of course new items and weapons for their characters.

The game, which was originally released in 2004, is still more alive than ever after the content. And, unlike the other DLCs, Shadowlands is more inviting to new players, making it a good entry strategy for Blizzard.

The popular FPS franchise won a new chapter in 2020. Doom Eternal puts players once again in control of Doomslayer this time to stop a demonic invasion of Earth.

As usual, the game features frantic gameplay that comes down to destroying and eliminating all the creatures that cross your path. But, there are also several modes in addition to the main story, such as fighting hordes in arenas and multiplayer.

Another franchise that revived in 2020 was Desperados. The strategy series features a chapter that shows the events before the first game, showing how John Cooper’s gang met and started in the criminal world.

The game brings a fun mix of gameplay elements from the 90s, with a more modern look. It is perfect for longing players and lovers of an increasingly scarce genre nowadays.

Popularly known as one of the heaviest games of its time (2007), Crysis it won a remastered version in 2020. It features more realistic graphics, creating a scenario even more impressive than what was seen in the original release.

In the game, you control a super soldier who, thanks to a nano-particle armor, brings superhuman abilities, such as giant leaps and a force beyond normal.

Considered by many to be the biggest surprise of 2020, Hades it is by far one of the best games of the year. The game is an action RPG based on Greek mythology, with challenging difficulty and unique gameplay.

The efficient combat mechanics and the involving and charismatic storyline make the game one of the mandatory titles for anyone who plays on PCs.

Despite suffering from several bugs in the console versions, to the point that several players request a refund of the game, the PC version of Cyberpunk 2077 escaped most of the problems. Thanks to the power of current video cards, the game provides a unique experience, especially in the visual part.

The game puts you in control of the character V, a mercenary who seeks a kind of implant that is the key to immortality. The game is set in the fictional city of Night City, whose population brings very strange and questionable behaviors.

The traditional annual game in the Activision franchise puts players in the midst of pre-Cold War conflicts. In control of a secret agent, you need to go in search of a spy who can provoke the feared confrontation between the United States and the Soviet Union.

In addition to a campaign with an engaging storyline, the game also features a very entertaining cooperative Zombie Mode, and multiplayer that needs no comment.