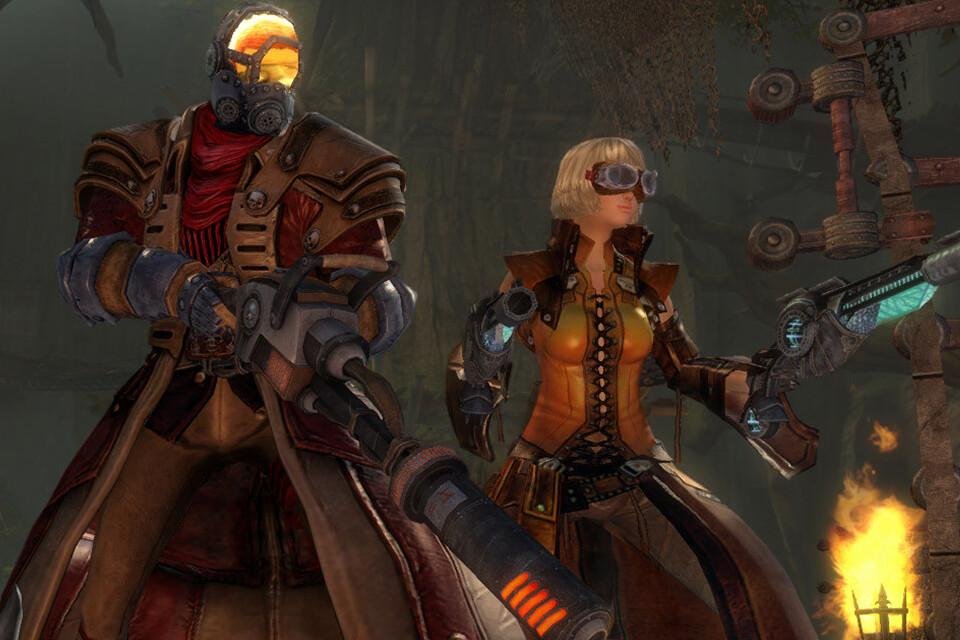 For a long time, the Massive multiplayer online role-playing game (MMORPGs) had only one reference: World of Warcraft (WoW). Blizzard’s game was so dominant for such a long time that even the other games in the genre weren’t that different — as almost all of them somehow tried to emulate the success of the main competitor. So the player really had no choice.

In recent years, this has changed. Many WoW players, dissatisfied with the direction of the game, turned to the rest of the market. At the same time, the competition continued to make improvements, releasing new titles or constantly updating old ones and frequently questioning the tenets of the genre.

So today, we’re experiencing a kind of MMORPG renaissance, with a series of games full of new ideas, where each of them can actually capture a significant share of the market. Many of them are even free-to-play (or nearly so) and some are described below.

(All games listed here are PC exclusives, except those whose platforms are explicitly mentioned.)

Launched last month in the West, Lost Ark is a Korean MMORPG with strong inspirations from games like Diablo. Despite the huge hype created by Amazon (the producer of the game in Brazil), players were not disappointed.

Despite some concerns about pay-to-win and the stability of the servers, the title was very well received by everyone who had contact, especially with regard to combat.

Star Wars: The Old Republic did not have an easy start to life. Although not originally released as free-to-play, EA/BioWare was quickly forced to transition to this model when subscriptions began to drop significantly. It was a wise decision, as the game is still very much alive, even though the receptions to the latest expansion have been pretty negative.

In general, however, The Old Republic it’s a very solid game, featuring what you’d expect from both an MMORPG and a traditional BioWare game.

EVE Online it is a difficult game to understand, although the concept is simple: the player commands a spaceship and is free to explore the universe, with no objective defined by the game.

Thus, beyond the surface, EVE It’s a very complex game, with a very detailed interface and an economy that serves as a model even for those in our real world — for a few years, developer CCP even had an economist on the list of employees.

All players are on the same “superserver” and are free to form alliances, steal from other players or simply pursue their goals. Thus, as each player can attack and steal from others, it is not difficult to understand that the game’s internal politics are also interesting.

Another one of the 2010-2013 “crop” MMORPGs, Guild Wars 2 initially drew attention for the look. Over time, for a number of reasons, the title was forgotten, but it always maintained a very loyal fan base. These players often talk about how Guild Wars 2 differs from more traditional MMORPGs.

For example, the combat in this game does not focus on the so-called tab targetting (where the character often needs to have a focused target in order to use the ability). Also, classes are a lot more flexible than usual and generally don’t fall into that traditional “tank, damage, and heal” rating. Guild Wars 2 recently received a new expansion.

Originally released in South Korea in 2011, TERA arrived in the West in 2012 and garnered attention for its visuals and fluid, spectacle-filled combat, which is described as a “True Action Combat system”.

Despite not receiving updates as often as desired, the title is still alive, and player impressions are very positive. In 2018, TERA received versions for PlayStation 4 and Xbox One.

Runescape was originally released in 2001 and dominated the MMORPG market until the appearance of World of Warcraft (2004). In 2013, developer Jagex released a version that is popularly called Runescape 3as it is the third major iteration of the game.

However, the announcement of this version was not well received by fans, as only it wasn’t much different, but it would also completely replace the original. Because of this, Jagex launched Old School Runescapea version that seeks to emulate how the game was between 2007 and 2013.

Old School Runescape tends to come as a shock to anyone who’s played any other MMO since 2004. There are no clear goals, reaching max level is a rarity, and combat is very simple — nor are there any special abilities.

Although these factors may “sound” negatively, fans say that this simplicity and the idea of ​​rescuing the roots of the genre are precisely the aspects that make Old School Runescape special.

The title, which continues to receive content, is available for PC and mobile (iOS/Android).

Originally released in 2011, DC Universe Online puts the player in the shoes of a hero (or villain) obviously inspired by classic DC comics. The character customization options are impressive, with the player being able to define the specific DC they want to be inspired by, in addition to specific powers and usable weapons. The world is more similar to a traditional open world game, where the player can even pick up many objects from the scenario.

DC Universe Online it is also one of the few MMOs available for consoles. In addition to the PC version, there are PS4, Xbox One and Switch versions. There was a PS3 version, but that is no longer available.

Another Korean MMORPG, Blade and Soul arrived much earlier in the West, in 2016. Drawing attention for the visuals, the title has a lot of focus on player versus player (PvP) and receives updates regularly to this day. The story is also praised.

Here, we are going to mention some games that, although they are not free-to-playare very affordable.

the first is Final Fantasy XIVwhich can be played completely for free from the beginning of the base game (A Realm Reborn) until the end of the 1st expansion. It’s a significant amount of content, easily lasting hundreds of hours. After that, it is mandatory to buy expansions and pay a subscription. It is available for PC, PS4 and PS5.

There is also a smaller category of MMORPGs, which are the ones where the player simply buys the game and can enjoy it as much as he wants. In this category are games like New World e The Elder Scrolls Online (PC, PS4, Xbox One) — the latter has microtransactions and subscription, but they are optional.

With so many MMORPG options available on the market today, you’re sure to be able to find one that you like. Interested in any of the ones mentioned here? Leave the answer in the comments.