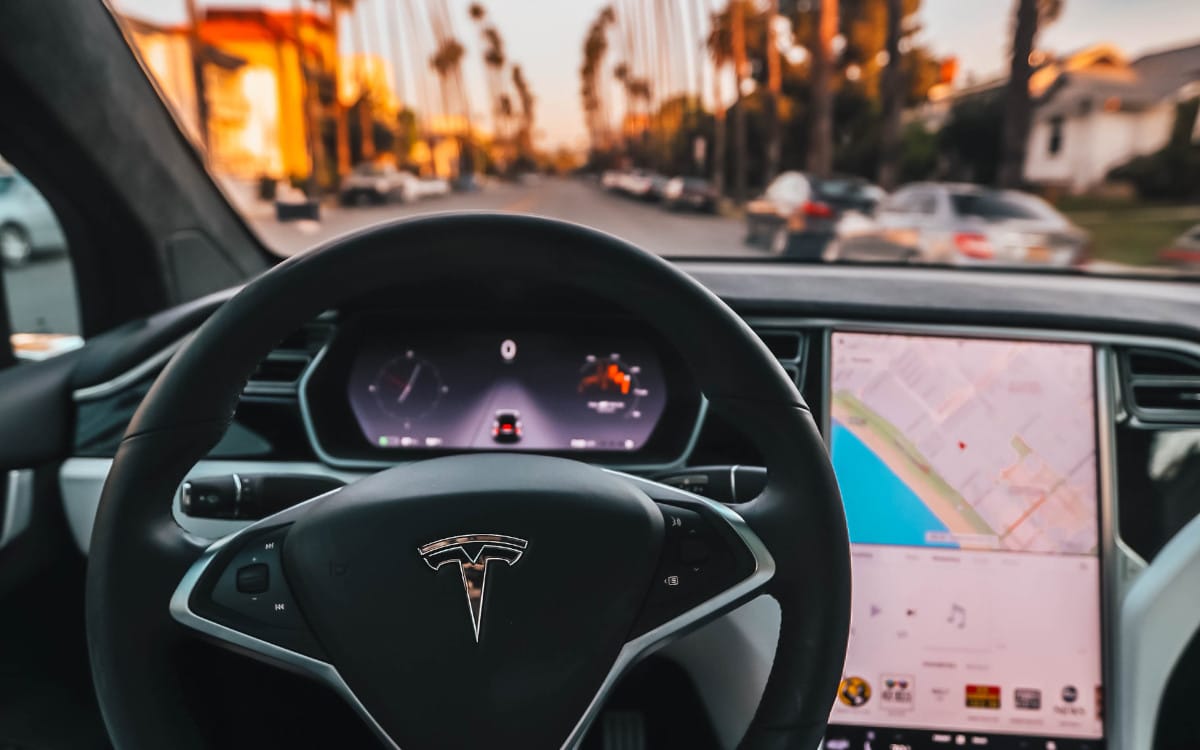 Tesla, like twenty competitors, including Cadillac, has undergone a test by Consumer Reports on their autonomous driving system. And Autopilot doesn’t get first place, but second. It is preceded by Super Cruise, the system of General Motors, installed in particular in the Cadillac CT6. Autopilot suffers, as with Euro NCAP, from a poor score on driver engagement tests.

Autopilot is one of Tesla’s marketing arguments. Some manufacturers even admit that the American brand is two years ahead of their own autonomous driving system. It’s obvious that Autopilot is everywhere in Tesla. It is even able to take control of the entire vehicle, to the point where some drivers indulge in watching a movie on the on-board computer screen. Or even take a nap on the highway, causing (very rarely, luckily) a few accidents.

At the beginning of October, we relayed in our columns the results of the Euro NCAP test of the Tesla Model 3. It is a test that everyone knows, at least by name, whose mission is to note safety cars. The Model 3 is doing poorly. It obtains the highest marks ever obtained by a car in “maintaining safety and driving assistance”. But it also gets the worst marks in driver engagement.

Autopilot would not be the best autonomous driving system

This week, another study confirms what Euro NCAP is saying. This is Consumer Reports’ annual report on the most common autonomous driving systems. 17 systems were scrutinized: Autopilot from Tesla, Super Cruise from General Motors, Co-Pilot from Ford, Active Driving Assistance Pro from BMW and Driver Assistance from Mercedes-Benz. Find the complete list at the end of the article.

In this great comparison, Autopilot, tested on the Model Y (whose European deliveries will start early next year), is not in pole position. Elon Musk’s brand is indeed in second place, with a total of 57 points out of 100, behind Super Cruise from General Motors, tested here on a Cadillac CT6. He gets 69 points. There is therefore a 12 point difference between the two. And, above all, there are only five points between Tesla the third. Co-Pilot 360 by Ford, tested on the Lincoln Corsair, obtains 52 points.

Tesla’s 57 point rating is pretty good, given the overall average (which hovers around 40 points). However, like the Euro NCAP rating, it does not reflect the paradox between Autopilot’s excellence in some areas and mediocrity (let’s not be afraid of words) in others.

The best in performance, the worst in maintaining attention

Let us take a few concrete examples to illustrate this dychotimia. Autopilot obtains the best score in performance and functionality (9 out of 10), as well as ease of use (9 out of 10 also). Conversely, in the difficult exercise of maintaining the driver’s attention, Tesla gets a very low mark: 3 out of 10. Consumer Reports also criticizes Autopilot for the possibility of being activated in the middle of the city, with pedestrians. According to the study, it is too easy to activate Autopilot. He gets a note of 2 out of 10.

Without these two weaknesses, it’s clear that Tesla would be ahead of General Motors in the annual Consumer Reports survey. Even a slight improvement to come back to the market average would be enough to put Autopilot in pole position. Note that Cadillac was already number one in this ranking two years ago, ahead of Tesla. And for the same reasons. So there is a certain continuity.

Tesla is certainly aware of this situation. A hacker recently discovered in the Model 3 source code references to new services for Autopilot to better monitor driver loss of attention. A surveillance which would be done thanks to the camera hidden in the rearview mirror of all the vehicles of the brand. Thanks to such a system, the car would be able to detect driver loss of attention (whatever the reason) and to force the latter to refocus on the road.

This notion of safety is all the more important as Tesla promises the arrival of Fully Autonomous Driving in these vehicles before the end of the year. A beta version was also deployed at the start of the school year. 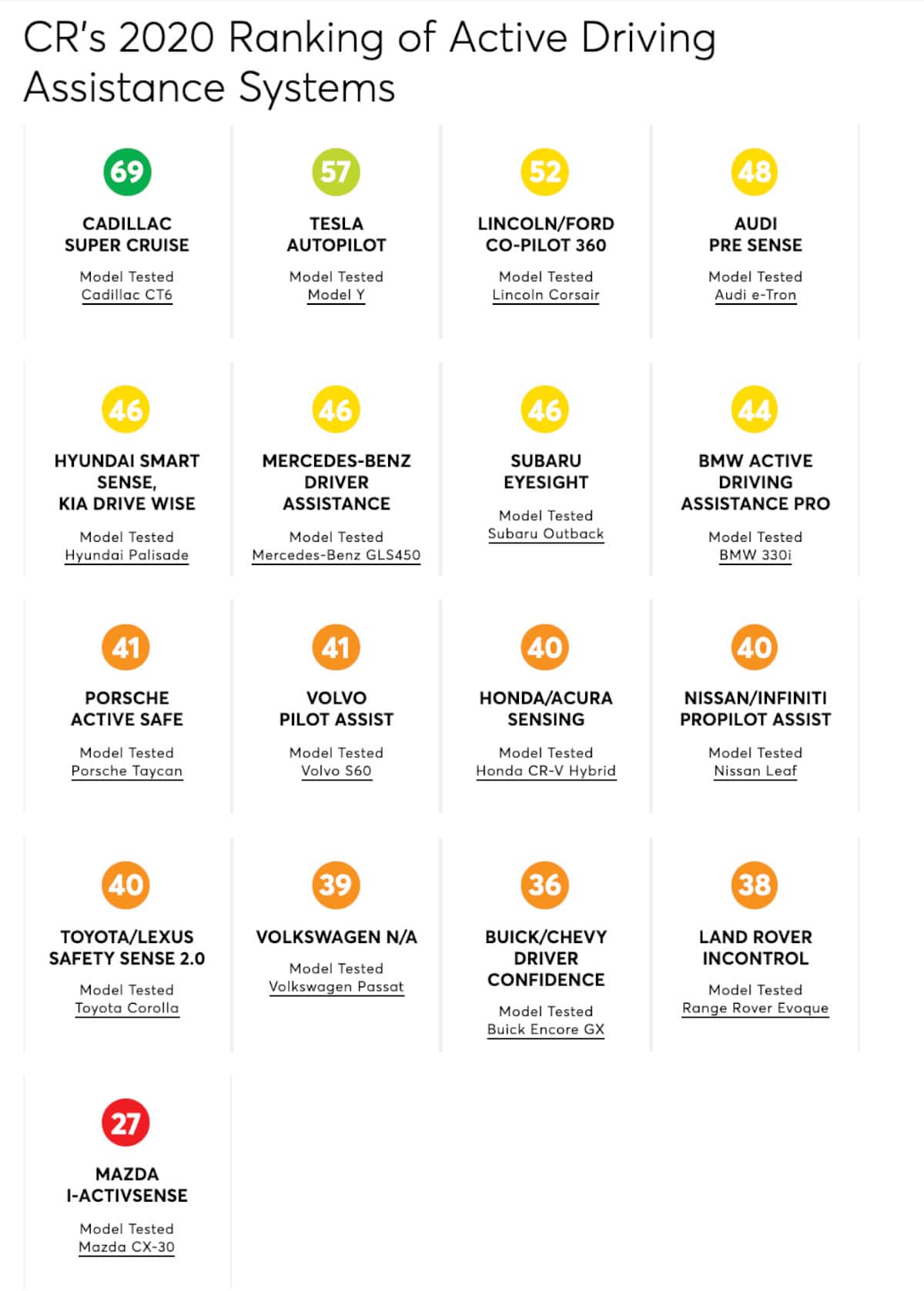