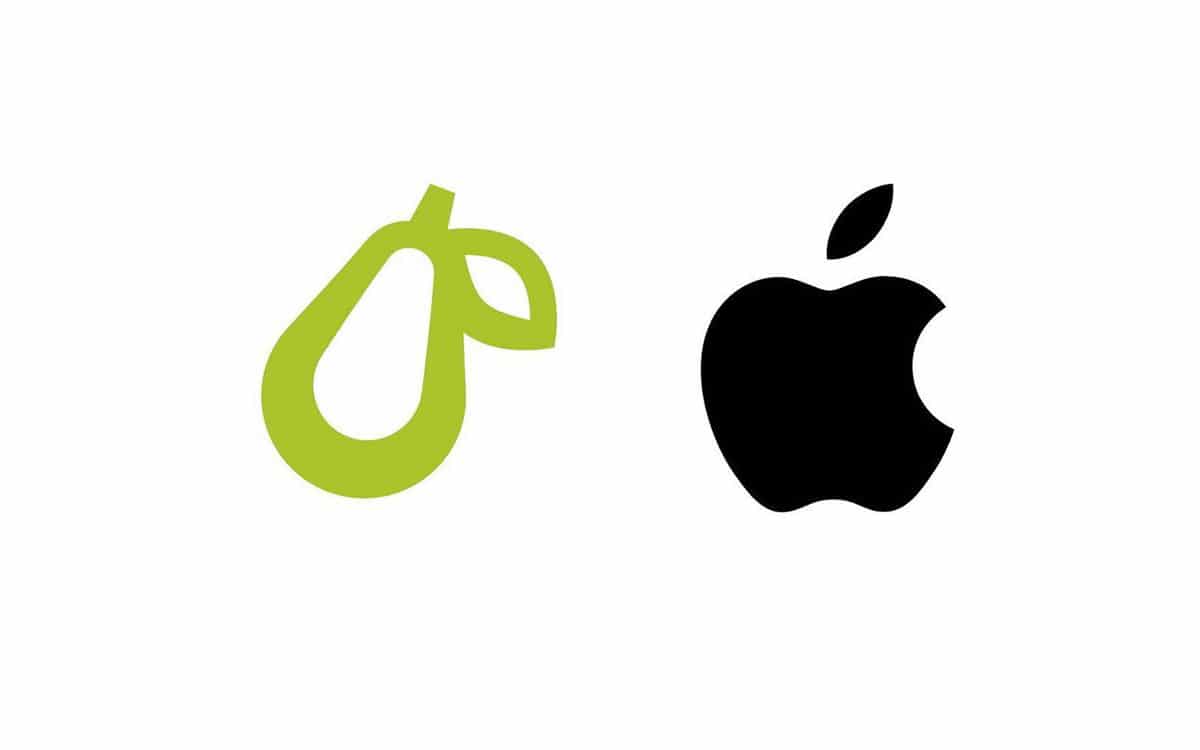 Apple has just opposed the trademark registration application of a small company called Prepear, responsible for a small application dedicated to food preparation. According to the Cupertino giant, the company logo, symbolized by a pear, is confusing and reminiscent of Apple’s.

Decidedly, Apple don’t like to use fruit shaped logos. Last year, the company opposed a Norwegian political party for using a red apple as a logo. Also in 2019, a German region was challenged for having represented its cycle route, the Apfelroute, using an apple whose leaf was too reminiscent of Apple’s.

If one could find a distant similarity between the logos previously mentioned and that of Apple, what about that of the small business of Prepear, which is none other than … Pear ? Is there really any correspondence between the two symbols? At least that is what Apple thinks, which has “decided to oppose and attack the brand after the trademark”. According to the executive of the company in question, the “pear-shaped logo is too close to its apple-shaped logo and it could harm the brand.”

Apple explains in fact that “the applicant’s mark consists of a minimalist design of fruit and a leaf at a right angle, which is easily reminiscent of the famous Apple logo of Apple. […] The Apple brands are so famous and instantly recognizable that the similarities of the applicant’s mark will eclipse any differences and make the ordinary consumer believe that the applicant is related, affiliated or endorsed by Apple. “

A hard blow for Prepear, which has only 5 employees. Its founder explains that to take Apple to court would cost tens of thousands of dollars. Recall that Apple’s market capitalization is estimated at $ 1886 billion and exceeds all CAC 40 companies combined. According to the head of Prepear, Apple has challenged the logo of dozens of companies in the past, and most have chosen to give up their precious iconography, sometimes to go out of business. Difficult for Prepear and the other companies to fight against the apple juggernaut.

And you what do you think ? Do you find any resemblance between the applet logo and the Prepear logo? On our side, the choice is made, but we leave it to you to discuss in the comments below.

Dear Instagram Friends- I NEED YOUR HELP! I know there are a lot of heavy things going on in the world right now, and this is nothing in comparison, but I need your help in a situation that is affecting me, my family, and my coworkers. Please help! Many of you know that I started a business called Prepear almost 5 years ago. It is an app that you can store all your recipes in one place, plan your meals, make grocery lists, and get your groceries delivered all in one place. Recently @apple yes, The trillion dollar Apple, has decided to oppose and go after our small business ’trademark saying our pear logo is too close to their apple logo and supposedly hurts their brand? This is a big blow to us at Prepear. To fight this it will cost tens of thousands of dollars. The CRAZY thing is that Apple has done this to dozens of other other small business fruit logo companies, and many have chosen to abandon their logo, or close doors. While the rest of the world is going out of their way to help small businesses during this pandemic, Apple has chosen to go after our small business. I’m not trying to get anyone to stop using or buying Apple products. I feel a moral obligation to take a stand against Apple’s aggressive legal action against small businesses and fight for the right to keep our logo. We are defending ourselves against Apple not only to keep our logo, but to send a message to big tech companies that bullying small businesses has consequences. HOW YOU CAN HELP: 1 Sign the petition (link in my bio or in my stories) 2 Share that same link on Facebook, Instagram, Twitter, etc. http://chng.it/QPd2mRYW #savethepearfromapple