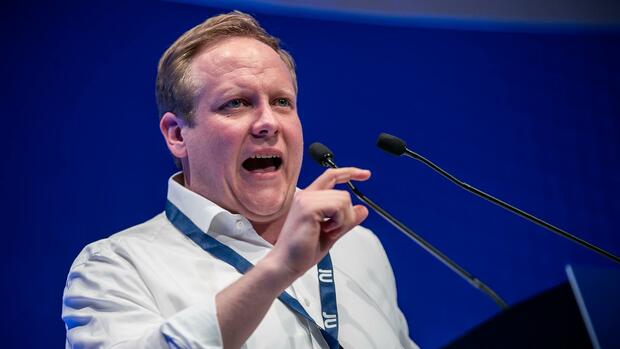 Berlin For the Social Democrats, the matter is clear: Before the parliamentary summer break, the Federal Minister of Labor Hubertus Heil (SPD) is to pass the draft law on the basic pension with the votes of the Grand Coalition. After all, since the cabinet decision in February, it was no longer just a Heil project, but the position of the entire federal government, including Chancellor Angela Merkel (CDU).

According to information from the Handelsblatt, the draft law is not on the provisional agenda for the session week from June 29 to July 3 – the last option before the two-month parliamentary break. Resistance is still great in parts of the Union, and the ongoing negotiations by the coalition groups are difficult.

For the Junge Union (JU) it is also a question of whether the CDU adheres to its own decisions. Heil’s draft law “contradicts the coalition’s basic pension compromise and our decision of the CDU party congress,” JU chief Tilman Kuban told Handelsblatt. “I appeal to the CDU members of the Bundestag to stick to the agreement we reached at the party conference.”

Kuban’s statements are piquant because the young people have already experienced how little the expressions of will of the highest CDU body can be worth in the end. At the party congress in 2016, the JU initiated the decision to withdraw the regulations on dual citizenship agreed with the SPD. At the time, Merkel ignored the decision.

Now it’s not about the double pass, it’s about the basic pension. Strictly speaking, it is about how Heil interpreted the basic pension passage from the coalition agreement. After all, the government parties agree on the goal: Those who only receive a pension at the level of social assistance despite long-term employment in old age should be financially better off.

No further cutbacks on the basic pension compromise

According to the CDU and CSU, the Minister of Labor’s plans deviated significantly from the agreement in the coalition agreement. After months of controversy, a compromise was reached last November in which the SPD was largely able to prevail. The anger was great in the Union.

At the beginning of December, the CDU party congress made it clear to the JU and the economic wing that there should be no further cuts to the compromise. A comprehensive income test had to be implemented to determine the right to a basic pension. In addition, the more expensive SPD variant can only come if the financing is secured.

The coalition’s compromise model is not very practical, however, and the German pension insurance warns of a high level of bureaucracy. Heils Ministry also now admits that the first basic pension payments due to the complex regulations can only be made in the summer of 2021 at the earliest, even if the law comes into force early next year.

Kuban still sees some open questions regarding the planned data exchange between the tax offices and the pension insurance, through which the income test is supposed to run. He also criticizes the fact that this check cannot be guaranteed for basic pension recipients living abroad – although the point is explicitly mentioned in the coalition compromise.

Federal Finance Minister Olaf Scholz (SPD) has also not clarified where the tax money for the estimated costs of 1.4 billion euros should come from in the introductory year. “He could not enforce the European financial transaction tax to finance the basic pension that Olaf Scholz promised,” said the JU boss.

Merkel had wanted to end the discussion in her party with a word of power at the beginning of the year and then piloted Heil’s draft through the cabinet. In the Bundestag, Union faction leader Ralph Brinkhaus (CDU) is now trying to appease the dissatisfied people in their own ranks and somehow get the law to vote. A conversation with the Social Democratic group leader Rolf Mützenich this week about controversial points was, however, unsuccessful, according to Handelsblatt information.

Brinkhaus himself is considered a critic of Heil’s bill, but apparently only wants to get the topic off the table. In the Union circles it was said that the leader of the parliamentary group made it clear internally that the basic pension should be adopted before the summer. This is met with displeasure by some members of the CDU and CSU who are considering voting in the Bundestag against their own government draft.

The Social Democrats are calling for the chapter on basic pension to be finally closed after a year and a half of argument. The SPD parliamentary group spokesman for pensions, Ralf Kapschack, told the Handelsblatt: “I expect the Union to finally give up its resistance and to pass the government bill together with us.”

More: Merkel has to say what she wants for the basic pension. A comment.