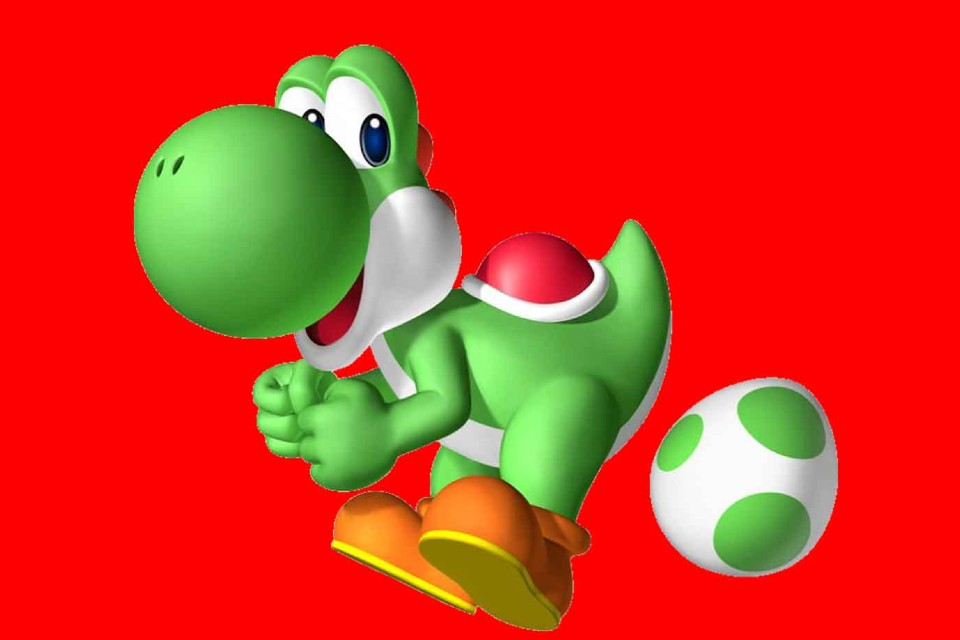 Many games hide secrets inside their cartridges and discs, but some of them are so cryptic that they take several years to discover! Easter Eggs (or Easter eggs, a nickname given to honor the fun tradition of hiding eggs around the house on holiday) is just the name given to those special hidden secrets.

In this list we have separated nine Easter Eggs that stand out for the time it took to go public or for their fun stories. The big catch here is that, of course, the most hidden Easter Eggs of all time have not even been discovered yet, so reread this while reading our next special, combined?

There is nothing more natural than to start our list by quoting the first Easter Egg that is known. In the game Adventure, originally released for Atari 2600, you need to do a series of specific actions in the exact sequence to unlock a pixel in the corner of the screen, and then push it to another distant point to show the text: “Created by … Warren Robinett. .. “. Seeing the name of the game’s creator is not super exciting in itself, but it is here that the long tradition of Easter Eggs began, as far as we know.

The secret currency of Donkey Kong 64

When this 3D gorilla adventure arrived on the Nintendo 64, games focused on hunting collectibles were on the rise and Rare was experiencing its best phase. What no one expected was that an item would take more than 15 years to find! Only by using the movement of hitting the ground with the DK at a specific point was it possible to catch the legendary hidden coin of the rainbow!

Our most nintendist readers should know well the composer Kazumi Totaka, responsible for the score of dozens of games and for a classic Easter Egg that bears his name. He wrote a short melody that is always hidden in the games in which he works, as Mario Paint, Luigi’s Mansion and The Legend of Zelda: Link’s Awakening. The cool thing is that he himself has already confessed that there are several games in which the music has not yet been discovered, as in the sales success Wii Sports!

Imagine how you would feel if you won a contest that promised to include your name in a game, but it took you almost a decade to find out where and how exactly could you find it? That’s what happened to Chris Houlihan, the winner of a contest from the North American video game magazine Nintendo Power! It takes a lot of work to find your secret little room in The Legend of Zelda: A Link to the Past, and the most curious thing is that no one on the internet was able to find Chris to find out what he thought of his office.

A bored and rude narrator

The series Wave Race has been a bit forgotten by Nintendo, which may be disappointed with its fans for taking almost 10 years to discover a hidden narration in the game Blue Storm of GameCube. To enable a coarse and sarcastic commentator you need to use a code and move the options menu in the right order, and then head out to the races, where you will be able to hear a tedious voice mocking your deeds.

A code lost for decades

Gumball it was a small game released for Apple II and almost totally forgotten in time, but 4a.m. and gkumba were studying their code and noticed that each phase of it hid a cipher. When zeroing the game and solving all the codes, it was possible to see a special screen with the programmer Robert A. Cooke congratulating the player.

4a.m. went to Twitter to tell Cooke that he had unveiled the secret, receiving in reply “Congratulations! I thought it would take someone a thousand years to solve this, but you solved it in just 33 years!”

Many people think that this Easter Egg was revealed by developer Rocksteady itself, since no one had found it even three years after the launch of Batman Arkham City. If you talk to the Calendar Man when the date of your console is set to 12/13/2004 (not by chance the exact day of the studio’s foundation), he will have a new dialogue citing the death of Morcegão and preparing ground for the plot of the next game.

The arcades of the first three games in the series Mortal Kombat were very popular at their launch, but it was only in 2016 that players discovered a combination of buttons that could be made in the original cabinets to unlock the secret EJB menu! In Ed Boon’s themed menu you can see the final credits of the game, the zeroes for each character, play a minigame similar to Galaga and unlock all secret fighters with just one click!

A secret for the next generations

The racing game Trials Evolution hides one of the most complicated Easter Eggs of all time, and it will be a while before we know exactly what is hidden there. Several wooden signs in the game hide an encrypted code pointing to a sound message that needs to be heard on a spectrometer to reveal more secrets. There, a Morse code redirects us to a website with even more codes and a treasure hunt in augmented reality in the real world.

Among the four locations cited by the game, the most interesting is in Helsinki, where a key promises to open a treasure that will appear under the Eiffel Tower only in the distant year of 2113. Is this an epic trick and troll or the most hidden Easter Egg of all time? The way is to wait and see. At least the game’s secret music is pretty cool in itself:

Did you know all these Easter Eggs? Have you discovered any secrets on your own? What is your favorite? Comment below!