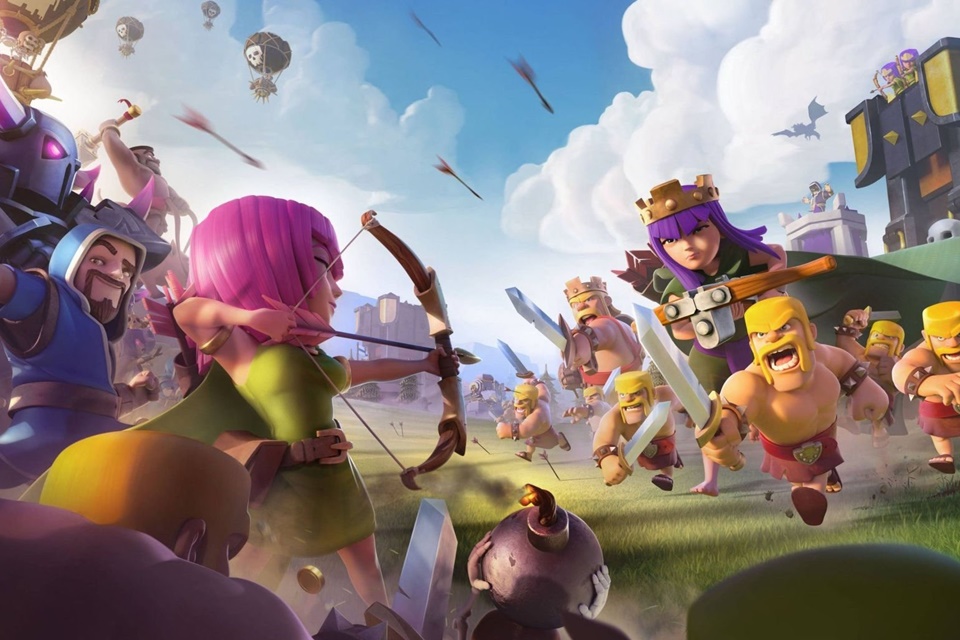 Several genres are represented on mobile devices, and perhaps one of the most successful among the public is strategy. If you are in this group, below are some options for you to enjoy in your free time, whether at home or on your way to work or school.

An important detail is that all games in the sequel are available for both Android and iOS, so just go to your mobile system’s store to download the ones that catch your attention the most.

Perhaps one of the most popular among the Brazilian public, clash of clans brings in its package everything that many titles of the genre have, such as building bases, fortifications, towers, walls and wars against other clans. However, it is also possible to fight against members of your own party to train your strategies, as well as using various battle units in combat.

The series civilization it’s an old acquaintance of strategy game fans, so you’d expect it to go mobile at some point. Everything you’ve seen on PCs and consoles is here: build a nation, train an army, and conquer the surrounding territories. Of course, this edition has a dynamic a little different from the others already known to house a little faster matches, but whoever takes risks here will certainly have a lot of fun.

In times of pandemic, certainly many people have heard about this title in which your mission is to infect the world with a deadly virus. The strategy part here involves using the points gained from successful infestations to make your plague even stronger and thus make your threat even bigger and more destructive to humanity.

Here’s another title born on consoles and that ended up finding its way to the small screen. The idea here is to control troops during World War II and advance through various scenarios that were points of confrontation during the great combat, with everything adapted from the keyboard and mouse to the touch screens of mobile devices.

The series fallout also decided to venture into the world of smartphone titles with Fallout Shelter, where the objective is to manage a shelter, find people to inhabit it and also perform varied tasks ranging from getting more resources for the survivors to exploring the surroundings in search of items. There are even mini dungeons to explore and increase your playing time, along with events that run from time to time.

Based on the famous book series (and also the TV show), Game of Thrones: Conquest comes with the idea of ​​challenging the player to become a Lord of Westeros, developing troops, building a city and even evolving a dragon to advance on the journey in search of the Iron Throne, whether in battles against the computer or challenging other players in this journey.

For fans of Age of Empires, Rise of Kingdoms: Lost Crusade is one of the games that comes closest to the proposal seen in the series, such as the fact of selecting a civilization to advance on the journey (among the options we have Roman, Chinese, Spanish and French, for example), each of which brings its own heroes . With these characters, it is possible to challenge other players on the map at any time and even send aid to allies in case of danger.

A continuation of the classic series that also features games for consoles, in Plants vs. zombies 2 you need to control an army of varied plants with unique abilities to stop the zombies from advancing and making you lose the match. However, this edition brings a different mechanic that involves time travel, allowing the player to go through places like Ancient Egypt, Caribbean and Middle Ages along the journey.

Made to hitch a ride on the launch of Final Fantasy XV, Final Fantasy XV: A New Empire invites the player to create a city and evolve it by performing tasks such as collecting resources and preparing troops for combat – all while following the appearance of some characters in the game it is based on and even finding some references to the RPG series.

Do you like any other mobile strategy games that are not on this list? Leave your message in the space for comments.