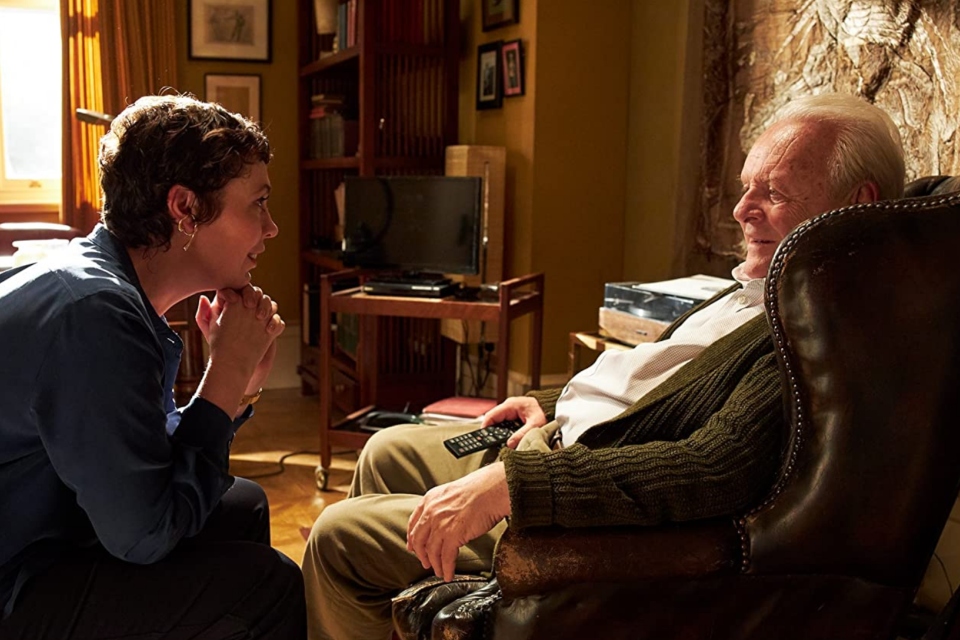 2020 was certainly the most unusual year in the history of cinema. With rooms being closed around the world, due to the new coronavirus pandemic, it was thanks to streaming services that people were able to watch some premieres. For this reason, smaller films, which could go unnoticed, had the opportunity to gain more prominence, in a year that had few major premieres.

Many of these, even, must appear in some categories of Oscar 2021. Check below, which were the best films of the last year, according to the critics’ evaluation in the Rotten Tomatoes.

Despite having doubts about their relationship, a young woman takes a road trip with her new boyfriend, Jake, to visit his family’s farm. She begins to question the nature of what she knows about the world.

A French astronaut in training is summoned for an official mission, however, for this she will need to leave her seven-year-old daughter with her father on Earth. In order to try to deal with this conflict between motherhood and the dream of being an astronaut, she starts to deal daily with the difficulties of being a woman in a world dominated by men unable to understand the feelings connected with motherhood and the female intimacy.

1930s Hollywood seen through the eyes of screenwriter Herman J. Mankiewicz, who suffers from alcoholism as he runs to finish Citizen Kane’s script for Orson Welles.

After causing shame for Kazakhstan, Borat has a second chance and leaves for the United States to try to restore friendship between the two countries. However, now that he is already a well-known figure, he will need to disguise himself to look like a real American, while the United States faces the new coronavirus pandemic.

After the 2008 financial crisis, Ricky and his family are in a precarious financial situation. He decides to purchase a small van, intending to work with deliveries, while his wife struggles to maintain the profession of caregiver. However, informal work does not bring the promised reward, and gradually family members start to be played against each other.

Inspired by the life of writer Shirley Jackson, the film shows a moment when she and her husband Stanley Hyman, a renowned professor at Bennington College decide to house a couple of young students in their home for a period. In this peculiar routine, Shirley finds the inspiration she needed for her newest work.

Con artists Theresa and Robert have spent their lives training their only daughter, Old Dolio, to follow in their footsteps. However, everything changes when a stranger decides to join the group after a poorly planned robbery.

A writer decides to travel with old friends on a cruise, looking for a good dose of fun and also a cure for some past wounds. Studied as a stallion, his nephew accompanies her in order to win over as many women as possible, but when he arrives there he ends up falling in love with a young literary agent.

Based on a true story, the film follows the demonstration against the Vietnam War that interrupted the Democratic party’s congress in 1968. However, what was supposed to be a peaceful demonstration turned into a stage where confrontations between the police and the participants took place.

The film is a reinterpretation of the book written by H.G. Wells and follows a woman who, after fleeing an abusive relationship, receives news of the suicide of her ex-husband, Adrian Griffin. She tries to rebuild her life, however, her sense of reality is questioned when she starts to suspect that Griffin is not really dead.

During the Vietnam War, a squad of black soldiers from the United States Army hides a load of gold bars intended to pay the Lahu people for their help in fighting the Viet Cong. Years later, the group manages to track where the gold is, trying to recover the reward and the body of its former leader who died during a Vietnamese attack.

Leningrad, 1945. Iya and Masha are two young women looking for hope and meaning in the midst of the wreckage left in Russia after World War II. The siege of Leningrad, one of the most brutal in history, has come to an end, but rebuilding their lives remains a situation permeated by death and trauma.

The film tells the story of four teachers who decide to test the theory that by maintaining a constant level of alcohol in their bloodstream, their lives will improve. At first, the results are encouraging, however, in the course of the experiment, they realize that not everything is that simple.

Shortly after the death of a 94-year-old woman, residents of Bacurau, a small town located in the Brazilian hinterland, discover that the community is no longer on any map. Gradually, they realize that they are being hunted in a place forgotten by the rest of the world, and will need to think of a way to save themselves.

Frank Tassone is the superintendent of a college that enjoys a lot of prestige with teachers, parents and students. One day, a student decides to investigate a costly undertaking that is about to happen, the Skywalk project, and ends up discovering a series of frauds in the school’s accounting done by Frank himself.

During a wedding in Palm Springs Nyles meets Sarah. Although in the beginning, everything seems perfect, the next day he finds himself unable to leave or leave the place, even against his own will.

A cook is hired by a group of men to provide his gastronomic services on a fur hunting expedition in Oregon’s state territories. During the long journey, he meets King-Lu, a mysterious Chinese man who is fleeing a group of Russians who want to take revenge.

Dissatisfied with his life, a student teacher decides to start a music career. However, shortly after being invited to play at a concert by a famous jazz band, he suffers an accident, he realizes that his life may be over, and will fight until the end, to return to Earth and fulfill his dream.

A drummer in a Heavy Metal band fears for his future when he realizes he is going deaf. This drastic change leads to a lot of tension and anguish in the drummer’s life, slowly plagued by silence.

The documentary follows a journalistic investigation motivated by the death of people after suffering non-lethal burns at a club in Romania. As they move forward, they discover that the massive corruption of the health system and state institutions may be primarily responsible for the fatality.

When a teenager discovers that she is pregnant, she will need to enlist the help of her best friend to raise money and set off on a trip to New York to try to have an abortion.

About to move to Paris, a woman decides to find someone to take care of her father while he is away. However, he questions the need for someone to help him and, in time, he begins to doubt his loved ones, his own mind and even the structure of reality.

Documentary combines raw and colorful film images from the past few months in the Pacific War with the voices of two dozen men who experienced the events and nightmares of the conflict.

A refugee couple makes a harrowing escape from war-torn South Sudan, struggling to adjust to their new life in an English city. What they didn’t count on is that this city has a terrible evil hidden under the surface, waiting just for the right moment to ascend.