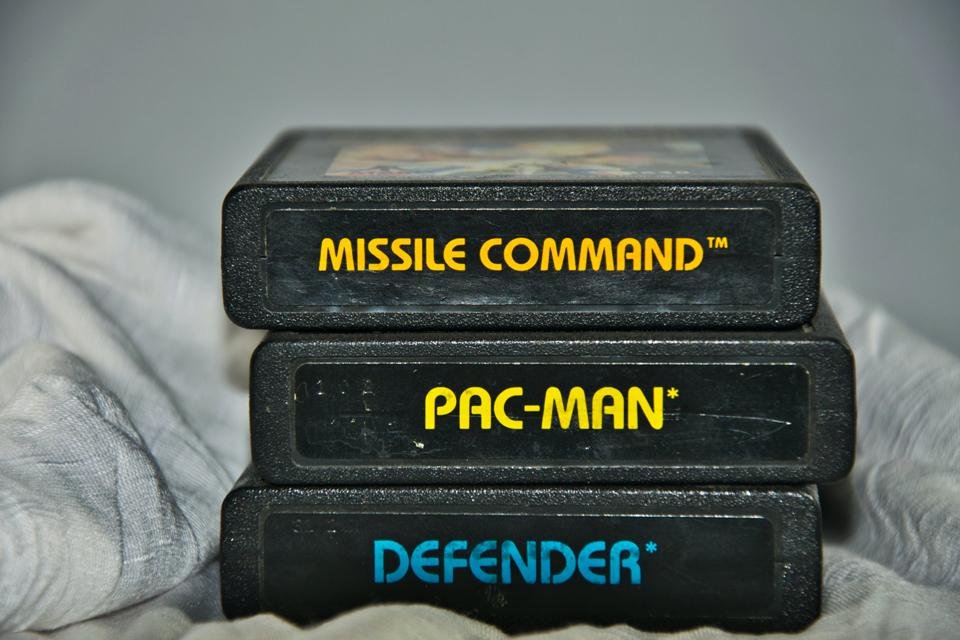 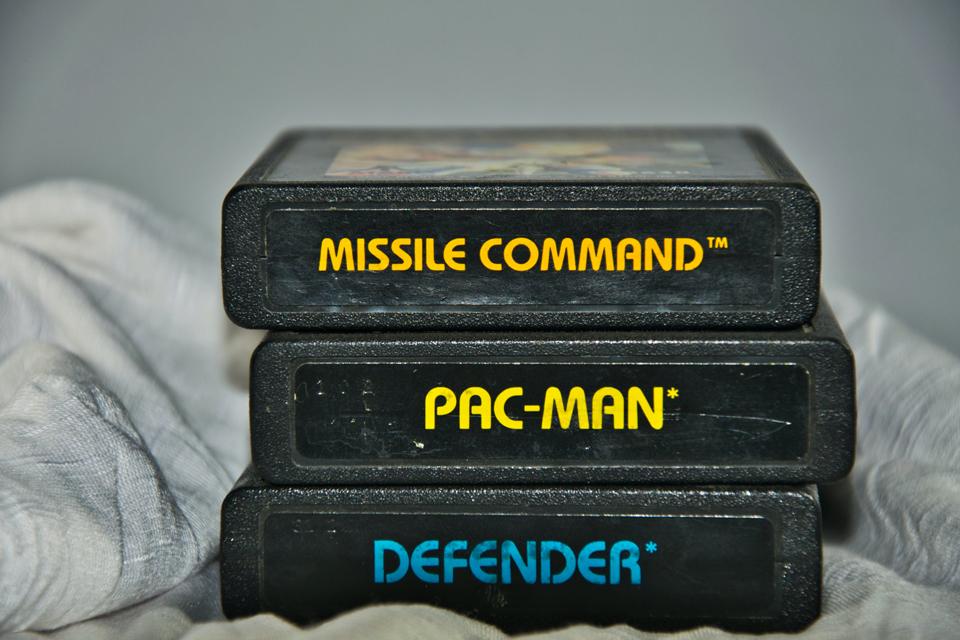 The history of video games holds a special place for the Atari, the console created in 1977 by Nolan Bushnell and Ted Dabney, who founded a games that, until the 80’s, reigned absolute within the world of electronic games.

The generation that played Atari a lot is now in their 40s and 50s, and they remember with great affection the more than hundreds of games that were released. We have prepared a special list of the 18 best games of the console to kill a little nostalgia.

Pac-Man is simply the most famous game of Atari: sold over 7 million cartridges. Although all his fame is disputed by some people (who think there is games best in the history of this console), this is a game that works well because it manages to be simple, but fun. Basically, you command a puppet called Pac-Man, which circulates non-stop in a maze while eating pills and running away from enemies. It was a hit in arcades and it was an absolute hit on Atari.

In Brazil, at one time this car racing game came with the purchase of the console. That’s why, Enduro became very well known. Its mechanics were very bold: you drove a car and had to overtake your opponents, while the track and time varied. It was necessary to cross the snow, which made the track slippery, face cloudy weather, ride at night, which took away visibility, among other challenges.

River Raid it’s the first game of Atari in style vertical shooter – that is, it is a shooting game with vertical command, instead of horizontal. At the game, the player pilots a war plane, and needs to cross rivers and fields shooting at everything that appears: other planes, boats, bridges, houses. In addition, it was necessary to fuel the machine during the flight so as not to fall. It sold over 1 million cartridges.

Space Invaders is another game that enters the ranking of the most famous of Atari. It is a game shooting game in which a spaceship faces aliens, which become increasingly difficult as the levels progress. This is also yet another game case that came up to arcade and ended up being released later on the console.

Pitfall! is nothing less than the second best-selling game in the history of Atari (just behind Pac-Man). In it, a little man has to cross a forest while collecting treasures, while facing various obstacles of wildlife – such as logs that roll towards him, scorpions and alligators. You could even jump on a vine and scream like Tarzan. An absolute classic.

Megamania was on the heels of success Space Invaders and it brought a little ship that needed to destroy high waves of very different (alien?) flying objects, such as hamburgers and bow ties. All this in a short space of time, which made the game more difficult and fun.

The most fun game of police and thief. Keystone Kapers It was very bold and impresses to this day. In it, we command a police officer who runs after a fugitive thief (in striped clothes and all!) who tries to escape from a three-story building. Each time he is caught, you pass a level. But the most amazing thing was that the game had mechanisms like escalators and even an elevator.

Another console hit. In this platform-style game (in the same way as Pitfall!), a little boy who looks like a leprechaun must cross obstacles (including bats, butterflies, ducks, broken bridges) to finally reach his house. The song on the soundtrack has become a classic.

And how about the classic game of hide and seek inside the video game? Sneak’n peak it brought this: a house you could hide in so a friend could find you. In addition, the game was interactive: you could play with a friend at home. All he had to do was leave the room while you hid.

Here we have a game of Atari with excellent gameplay. In Seaquest, you take command of a submarine that sinks into the sea to rescue divers. Meanwhile, you need to shoot and dodge piranhas, sharks and other animals. In addition, it is necessary to manage the amount of oxygen – otherwise, the submarine would sink.

And Atari even had a horror game! Halloween it was based on the movie of the same name, from 1978, and you played Laurie Strode, the girl in the film. The objective is to save the children present in a house from the attack of the maniac Michael Myers, who chases the presents with a knife.. If he reaches you, you are decapitated, and blood spurts everywhere.

A nice little fighting game, with well-developed characters, if we consider the technology of the time. Kung Fu Master is one of the first games style beat’em up (that kind of fighting game where a doll faces hordes of enemies at the same time). Here, a fighter faces several enemies in order to find his girlfriend, who has been kidnapped.

O Atari also brought the children the experience of flying a helicopter. Chopper Comand is a favorite of many people. In it, a helicopter traverses what appears to be a desert while protecting a convoy of trucks from enemy attacks.

Certainly here we are facing one of the most wonderful games of Atari. In Pressure Cooker, we incorporated a cook who needed to assemble recipes according to what was requested by customers. You had to be quick to collect the ingredients and take them to the dough, in addition to returning the wrong ingredients to the box.

Jungle Hunt tells the story of an adventurer who needs to rescue his wife, who was kidnapped by natives of a forest. For that, he faces a real triathlon: he needs to run dodging rocks, jump from vine to vine and dodge alligators in a dive. It is considered one of the best adventure games in the world. Atari.

The famous “thrush game”, in which you have to direct friendly amphibians to your house. For that, they need to dodge cars on a street and cross a river full of threats. Frogger is another success of Atari and sold millions of copies worldwide.

There are those who consider Montezuma’s Revenge the best game of Atari of all time. Here, you command Panama Joe, an adventurer who needs to find Montezuma’s treasure. For this, it is necessary to go through many obstacles and go through accesses such as stairs, kill enemies with a sword, in addition to other obstacles. The quality of this game is due to its very bold graphics for the time and the size of the game, consisting of more than 60 rooms.

Finally, one last absolute classic of this console. HERO stands for Helicopter Emergency Rescue Operations – in Portuguese, Helicopter Emergency Rescue Operation. In this little game, you are a firefighter in an operation and use a helicopter backpack to get into caves (the character goes down vertically, in a new effect of the games) where you must rescue workers who were trapped. Unfortunately, the game was released the year Atari went bankrupt, so H.E.R.O. was not so successful. But those who remember him, know he was very good.